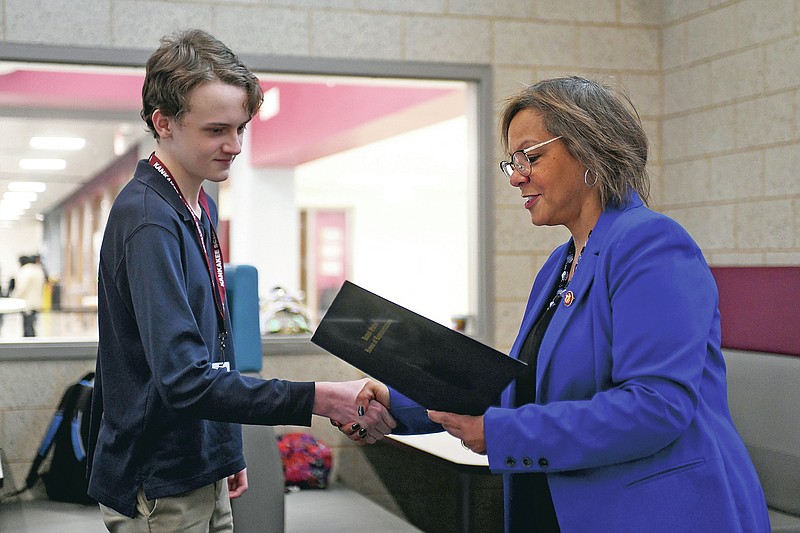 KANKAKEE, Ill. -- When David Love was around 8 years old, his tech-savvy dad introduced him to coding, a type of language used to create computer programs.

Love found himself fascinated by the process and created simple applications as soon as he understood enough to do so.

"It was a slow start for me," he admits. "It was a bit of a daunting task for someone my age, and I wasn't too great at it."

As he has gotten older, Love picked the hobby back up and continued building his knowledge of coding and computer science on his own.

Congressional districts across the country participate in the annual contest for high schoolers in celebration of Computer Science Education Week in December. The competition began in 2015.

Love won the 2020 challenge for Illinois' 2nd Congressional District with his entry of an app called Keychain External Login System. The app stores clients' passwords in a secure system designed to keep hackers at bay.

A video demonstrating Love's Keychain External Login System app is viewable at bit.ly/2LB27vG (Be warned: Love might sound like a college professor to the non-technologically inclined).

Love won the 2019 challenge for the district with his entry of Virtual ATM, an app that allows clients to securely login to websites and complete monetary transactions.

Love attended Kankakee High School his freshman year and transferred to the Illinois Mathematics and Science Academy in Aurora for his sophomore year. He lives with his family in Kankakee and attends school online.

The nationally recognized winning apps are displayed on the Congressional App Challenge website, and winners have their apps exhibited on a digital display in the U.S. Capitol for a year.

Love was set to visit Washington in March to demonstrate his Virtual ATM app to technology professionals and Congress members for the #HouseOfCode conference.

Unfortunately, the visit was canceled because of the pandemic. The status of an in-person event for this year's challenge is still to be announced.

"I would appreciate getting my name out there and showing what I've got," Love said.

"The fact that David is a two-time App Challenge winner demonstrates the depth of his talent and creativity," Kelly said. "I'm especially pleased that David tackled the issue of cybersecurity, a problem of the greatest concern for our nation and also the focus of recent legislation that I've put forth to protect our national security."

Kelly went on to say in the release that the future of the nation's cybersecurity will one day be in the hands of Love's generation.

Love said he was inspired to create the Keychain External Login System after a data breach caused him to have to painstakingly change passwords for more than 70 accounts.

Clients can use the app to implement login systems on their websites. The app encrypts password information and sends it to a secure server where login is completed externally.

"The small mom-and-pop business that needs to now create a website and implement login doesn't have to worry about security or managing passwords," he said.

Love noted that security is becoming a big concern in the tech world, and it has become increasingly important to create security solutions.

"If you have one company storing your passwords and managing login, it's way less likely that that company is going to be breached and your password is going to be lost," he said. "At the same time, it's going to be more convenient, as you will only need one account to login to everything with a service like this."

Like with Virtual ATM, Love created the Keychain External Login System app entirely on his own time using self-taught skills. It took him about the same amount of time, roughly seven months.

Creating the new app was "far more challenging," however, due to the complexity of the task the app sought to accomplish.

"I have learned so much in the time from when I submitted my last app to now," Love said. "I feel I'm much stronger in my coding experience than I was before."

Love is strongly considering careers in computer science, he said.

He would be following in the footsteps of his dad, who works for the multinational technology and consulting company IBM.

At home, Love and his dad talk about computers a lot, and he often helps his mom, a former lawyer, with technology around the house.

He also gets along well with his older brother, who plans to study art in college, despite them being "polar opposites." 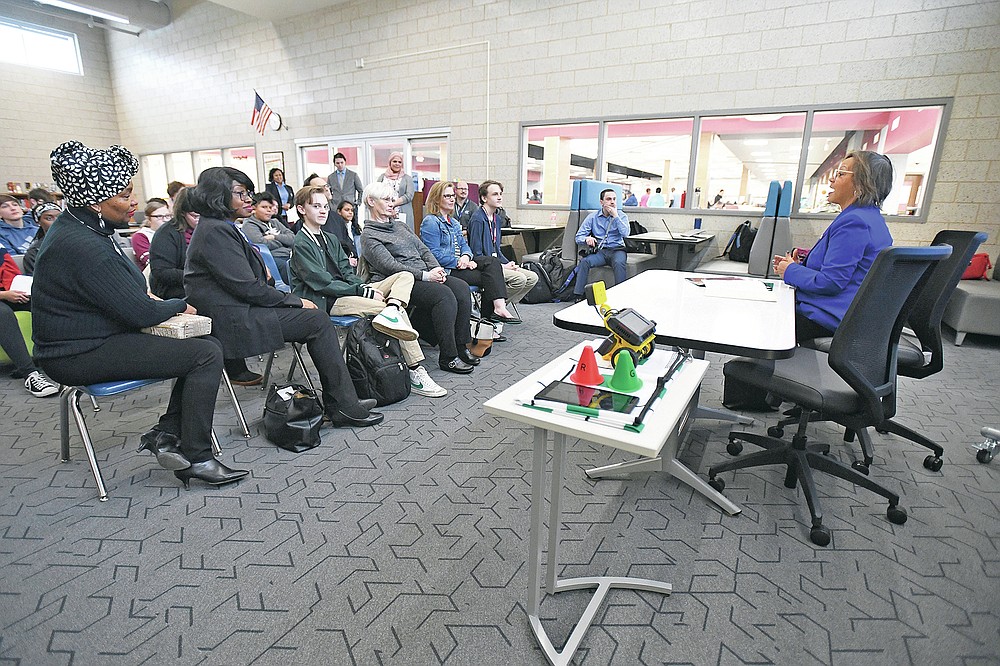 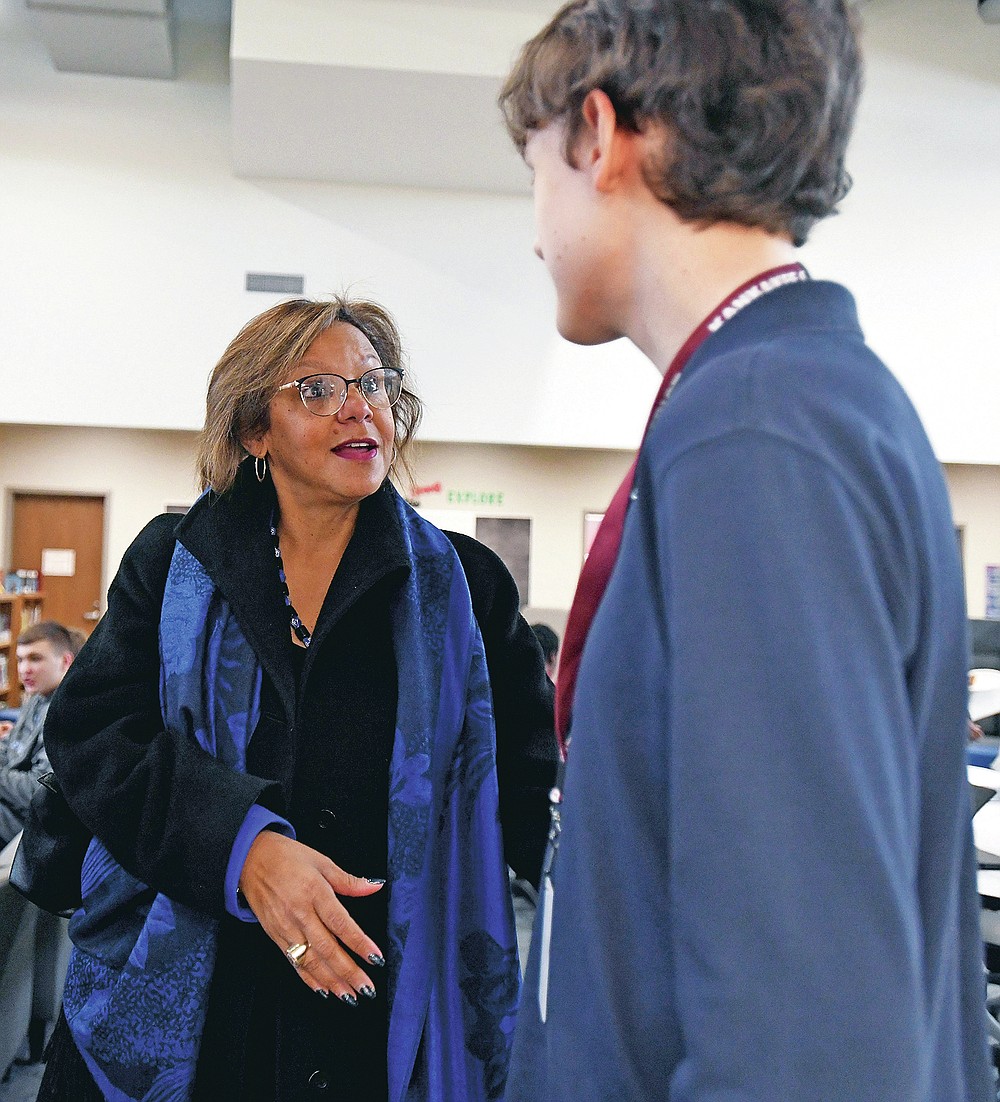