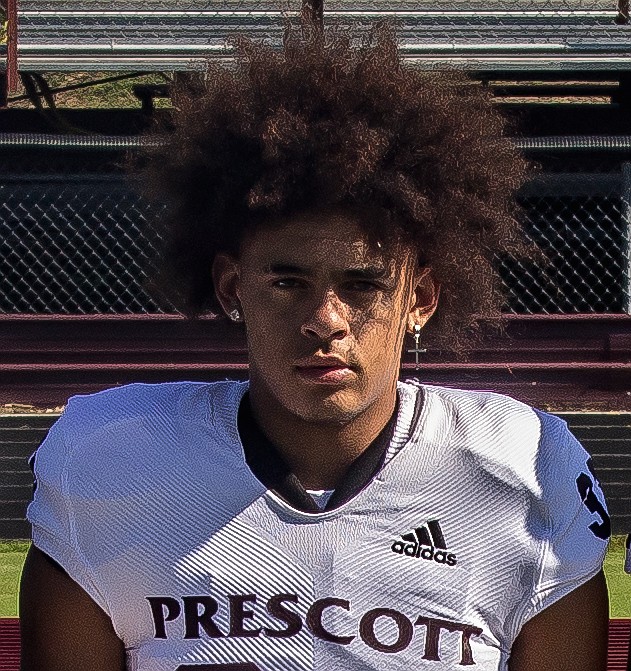 Schools only recently inquired about Prescott junior tight end Caleb Harris, but the list of schools should only increase in the future.

“They love him,” Prescott coach Brian Glass said. “They think he looks great in pads and they like what they see on the highlights. He passes the eye test and then he looks skilled. They like the eye-hand coordination and they like the way he catches the ball with his hands They're excited. They think he’s a player for sure.”

Harris, 6-4, 230 pounds, helped the Curly Wolves to a 10-1 record and the Class 3A state quarterfinals. New Mexico, Louisiana Tech and Central Arkansas like what they see of Harris and have reached out to Glass.

He had 24 catches for 400 yards and 9 touchdowns last year while also punting for a 43.1 yard average and downing five inside the 20-yard line.

“If we throw a quick tunnel screen out at wide recover and he gets a step he's gone,” Glass said. “He did that against our opener against Gurdon. He popped one for about 50-60 yards. It was a big turning point.

Harris’ athleticism will be on display on the defensive side of the ball at defensive end and outside linebacker next fall.

“This year we’re going to ask him to play a little bit of defense, too,” Glass said. “He may end up being a prospect on the defensive side of the ball as well.”