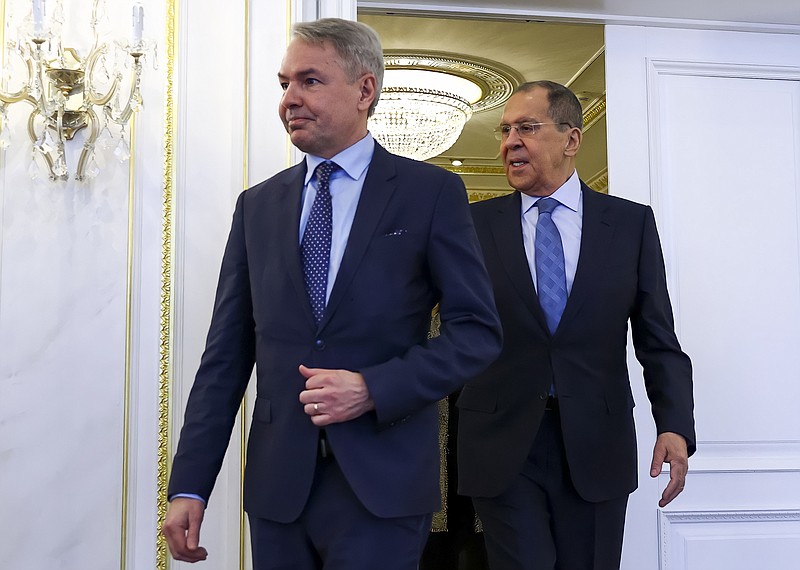 MOSCOW -- Russia's top diplomat blamed the European Union Monday for a freeze in ties but argued that Moscow remains ready to mend relations if it hears positive signals from the bloc.

Foreign Minister Sergey Lavrov said after talks in St. Petersburg with his Finnish counterpart, Pekka Haavisto, that "if the EU decides that it's necessary to restore relations, we will be ready for it."

Lavrov's statement followed his warning last week that Moscow was ready for a split with the 27-nation bloc if Brussels moves to introduce new crippling sanctions that would hurt the Russian economy.

Russian-EU ties, which sank to post-Cold War lows after Moscow's 2014 annexation of Ukraine's Crimea and support for separatist insurgents in eastern Ukraine, took a new blow recently over the arrest of Russian opposition leader Alexei Navalny. The most prominent political foe of President Vladimir Putin was arrested Jan. 17 upon his return from Germany, where he spent five months recuperating from nerve agent poisoning he blamed on the Kremlin. Russian authorities have denied the allegations.

Russia has rejected U.S. and EU criticism of Navalny's arrest and imprisonment, and a sweeping crackdown on protests urging his release, as meddling in its internal affairs. Just as EU foreign policy chief Josep Borrell was visiting Russia earlier this month, Moscow announced the expulsion of diplomats from Germany, Poland and Sweden for attending protests in support of Navalny. The three EU nations expelled a Russian diplomat each in a quid pro quo response.

[Video not showing up above? Click here to watch » https://www.youtube.com/watch?v=tG7sJpFM730]

Haavisto emphasized the EU's strong criticism of the Russian action, noting that the EU diplomats were fulfilling their duty while observing the protests. He reaffirmed the EU's demand for Navalny's release and the bloc's criticism of the crackdown on demonstrations.

Lavrov said that economic relations with the EU have been hurt by sanctions and political contacts have been limited to sporadic exchanges of views on international crises.

"Little has been left of our relations, and our conversations focus on Syria, the Iranian nuclear program and some other international issues," he said. "We remain ready to discuss any issues of mutual interest without trying to impose ourselves."

He added that while Russian-EU relations have stalled, Moscow has maintained strong bilateral contacts with individual EU members and will develop them further despite the damage inflicted by the sanctions.

"Our relations with the EU don't matter when it comes to that," Lavrov said. "The EU mustn't be mixed with Europe. We aren't leaving Europe, we have plenty of friends in Europe and people who share our thoughts." 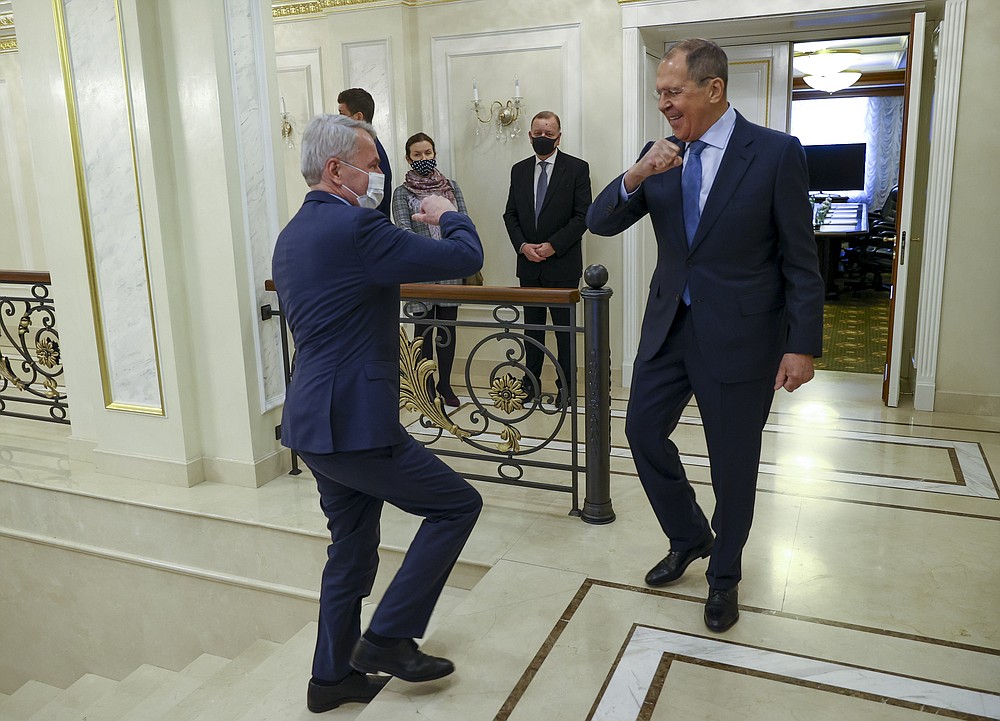 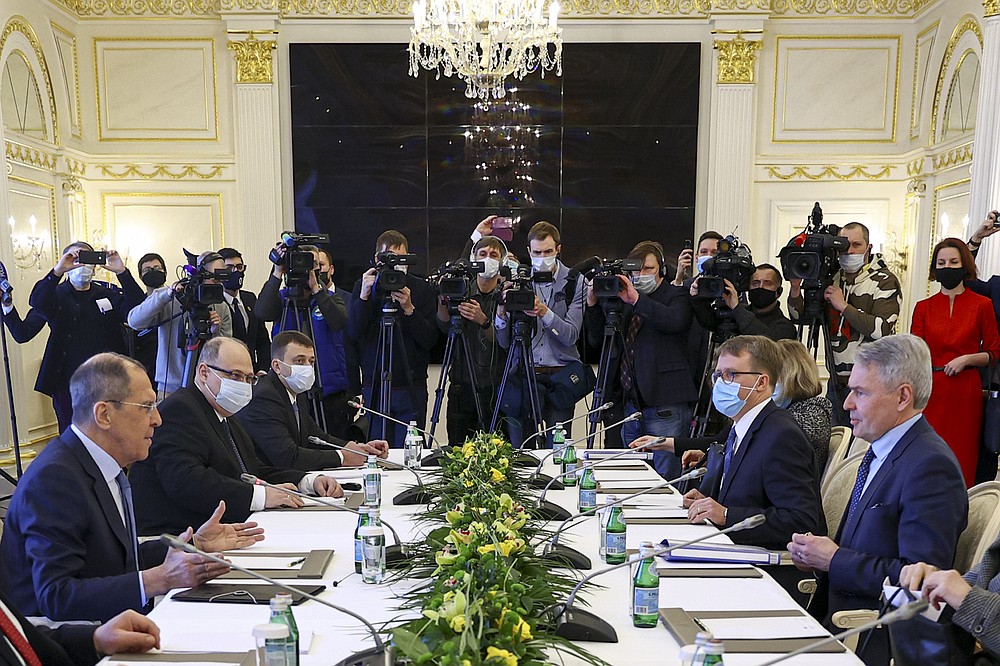