UAPB in market for athletic director 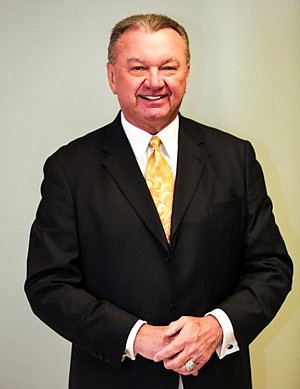 After a little more than a year on the job, University of Arkansas-Pine Bluff Athletic Director Chris Peterson has decided to call it a career.

"I've expressed my gratitude to him for his leadership of athletics during the past year," UAPB Chancellor Laurence Alexander said of Peterson in a news release. "He started just as we all were learning about the coronavirus pandemic, but he worked diligently to advance the department and to support the health and well-being of our student-athletes during one of the most difficult periods in history."

Peterson joined UAPB in January 2020 to replace Melvin Hines, who was fired on Sept. 19, 2019, for unspecified reasons. Keith McCluney was appointed the acting director of the athletic department until the school formally announced Peterson as his replacement.

"It has been my privilege to serve as ... Director of Athletics," Peterson said in the release. "I would like to sincerely thank [University of Arkansas System Board] Trustee [Stephen] Broughton, [UA System] President [Donald] Bobbitt and Chancellor Alexander for the opportunity this past year to be a part of the Golden Lion family. Unfortunately, due to the pandemic, the opportunity for me to interact with the coaches and the student-athletes in the manner I have been accustomed to has had its limitations, which has been disappointing personally."

Prior to becoming a collegiate administrator, Peterson spent seven years as an assistant football coach at schools such as Eastern Illinois before serving in various administrative roles at the University of the Pacific, Kansas State, Nebraska and Creighton. He eventually took over as athletic director at the University of Arkansas at Little Rock in 2000, where he spent 14 years until resigning Sept. 2, 2014.

Peterson noted that he was appreciative of the short time he spent at UAPB, which will begin a search for his successor immediately.

"During my career in college athletics and the moves that come with the profession, there are friends ... of the heart that you acquire over the years. I am happy to say there are some true friends of the heart at UAPB and in the city of Pine Bluff."