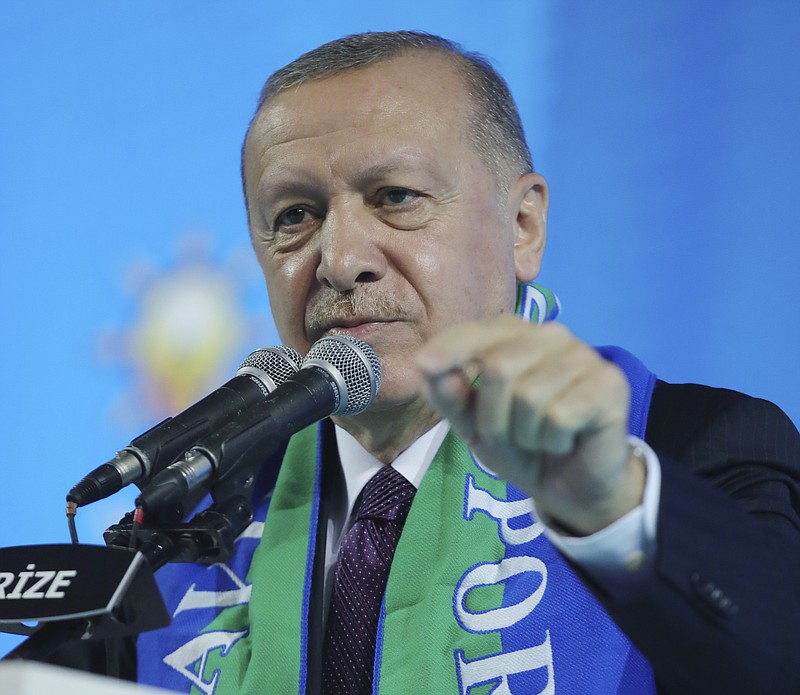 Erdogan also took aim at a U.S. State Department statement that deplored the hostages' deaths, but added that the U.S. would condemn the deaths "in the strongest possible terms" if it is confirmed that they died at the hands of the Kurdistan Workers' Party.

"You are with them and behind, them pure and simple," Erdogan said, referring to Kurdish militant group as well as Syrian Kurdish groups linked to the Kurdistan Workers' Party, which Turkey considers to be terrorists but which were allied with the United States in the fight against the Islamic State.

"If we are together in NATO, and if we are to continue our [alliance] in NATO, you have to be sincere toward us," Erdogan said.

In their first conversation since President Joe Biden took office last month, the two also discussed other disagreements between the NATO allies and agreed to "develop an open and sincere dialogue based on mutual respect," the ministry said.

The victims were discovered in a cave complex in the Gara region, near the Turkish border, during an operation against the Kurdistan Workers' Party, launched Feb. 10, that had aimed to free the hostages.

Twelve of the victims were shot in the head and one died of a shoulder bullet wound, the country's defense minister said Sunday. The 13 were kidnapped inside Turkey over the past five or six years.

"Neither Qandil, nor Sinjar, nor Syria -- as of now no place where the terrorists are located is safe for them," Erdogan said, in reference to areas in northern Iraq where the Kurdistan Workers' Party maintains bases. "We have the power, capability and determination to come down hard on the terrorists everywhere."

Turkish authorities meanwhile, detained more than 700 people with alleged links to the Kurdistan Workers' Party, including local leaders of the main pro-Kurdish political party -- the third largest party in Turkey's parliament, the Interior Ministry announced. The suspects were detained in operations in 40 provinces after the execution of the hostages.

Erdogan's government, which accuses the Peoples' Democratic Party of having links to the Kurdistan Workers' Party, has been cracking down on the movement over the past five years by sacking elected mayors from office and jailing thousands of members, including its former chairman, Selahattin Demirtas.

In a statement carried by the Kurdistan Workers' Party-linked Firat news agency, the group said "prisoners of war" consisting of members of the Turkish security forces and intelligence agency were killed as a result of Turkish air strikes.

Three Turkish troops also died during the operation to free the hostages and three others were wounded, the defense ministry has said.

Tens of thousands of people have been killed since the Kurdistan Workers' Party, which is designated a terrorist organization by the U.S. and the European Union, began an insurgency in Turkey's majority Kurdish southeast region in 1984. 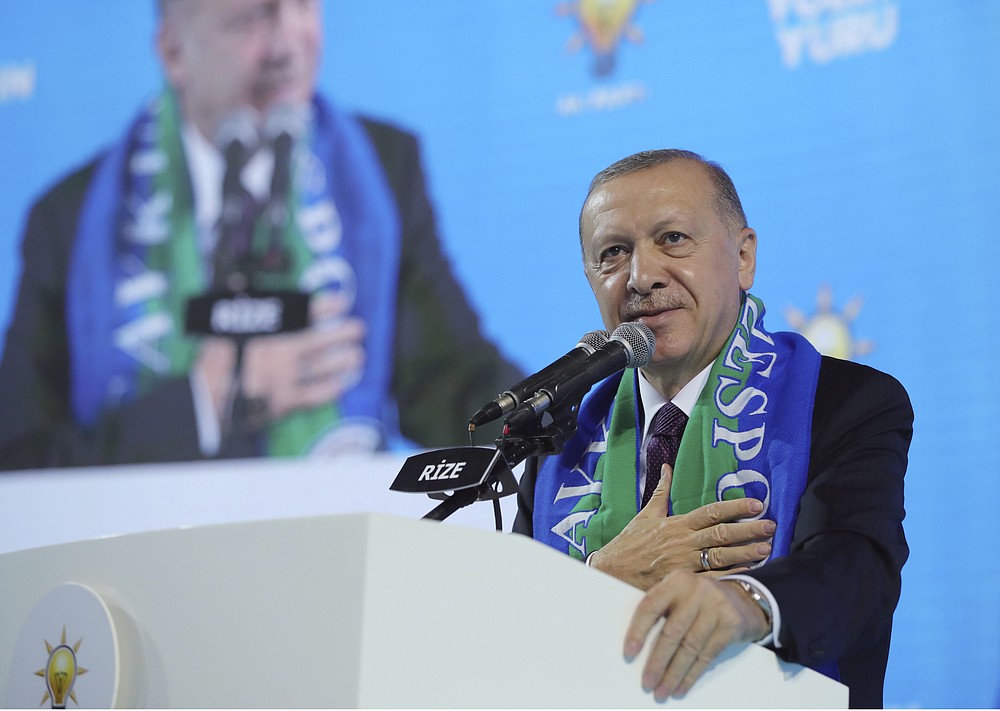