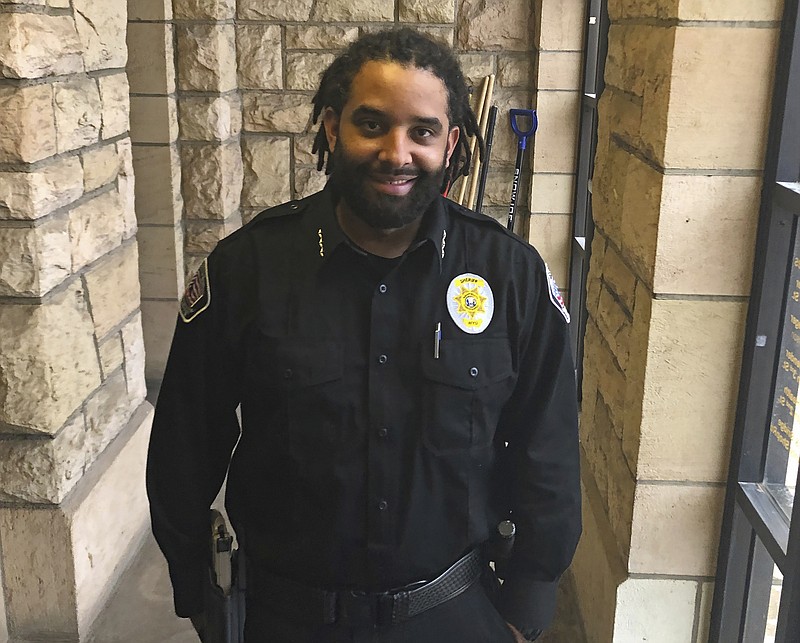 LARAMIE, Wyo. -- As a student at the Wyoming Law Enforcement Academy, Aaron Appelhans used to look at the photos of past graduating classes hanging on the wall.

"I got to see, for the most part, ain't a whole lot of people that looked like me around here," he recalled of the mainly white faces.

A decade later, Appelhans was appointed Wyoming's first Black sheriff, a post he took months after fury over racist policing roiled U.S. cities. His turf includes one of Wyoming's last Democratic strongholds, but the state is overwhelmingly conservative and white and he's already faced a racist remark from a lawmaker.

Like other parts of the country struggling with police violence, a deputy's fatal shooting of an unarmed, mentally ill man played a major role in Appelhans' appointment to Albany County sheriff. The death of 39-year-old Robbie Ramirez during a traffic stop two years ago stoked fierce backlash that carried over into last summer's protests over racial injustice and police brutality.

The group Albany County for Proper Policing formed after the shooting and pushed for Appelhans to take over when his predecessor, Dave O'Malley, retired.

[Video not showing up above? Click here to watch » https://www.youtube.com/watch?v=4V277MkVXSI]

"Let's take this anger and pain and turn it into progress in our community," said Democratic state Rep. Karlee Provenza, the group's executive director.

Appelhans, 39, grew up near Denver experiencing racism and had relatives in the criminal justice system. He understands both sides of the Black Lives Matter movement, he recently told The Associated Press.

"I am one of those people who do feel that law enforcement really needs to take a good, hard look at what we do," Appelhans said. "Are we serving our community?"

Formerly a University of Wyoming Police Department sergeant, Appelhans in December became the top law enforcement officer for a county more than three times the size of Rhode Island yet has just 650 Black residents out of 39,000 people.

The county seat is Laramie, home to the University of Wyoming and a liberal city still associated with the killing of gay college student Matthew Shepard in 1998. Ramirez's killing 20 years later drew less attention but fresh soul-searching.

A grand jury declined to indict sheriff's Deputy Derek Colling for shooting Ramirez. Colling, who grew up in Laramie and knew Ramirez from school, had killed two people as a Las Vegas police officer before being fired there.

A lawsuit accuses Colling of killing Ramirez needlessly. It alleges O'Malley, the former sheriff, overlooked Colling's "out-of-control temper" and hired him in part because his father was a friend.

Appelhans declined to speak about Colling or the shooting, citing department policy not to comment on pending litigation.

"We've got 'cops' as a nickname," Appelhans said. "We're not 'cops.' I'm listed, just like every other deputy here is listed, as a peace officer. We're here to keep the peace. And so that's really kind of one of the big changes I've wanted to have law enforcement focus on."

His work with the university force to try to reduce crimes like sexual assault was encouraging, said Provenza, the lawmaker who helped local Democrats vet sheriff applicants.

"There's a lot of opportunity for the sheriff's office to grow and kind of change and evolve into something this community will feel safer working with," Provenza said.

Appelhans' leadership training and experience as a detective and in crime prevention point to "likely success" as sheriff, University of Wyoming Police Chief Mike Samp said.

O'Malley, however, said Democrats didn't put forth anybody qualified for sheriff. Reached in Florida where he lives now, O'Malley said, "I think he's in way over his head, but, you know, that remains to be seen."

Because O'Malley was a Democrat, the Albany County Democratic Party recommended three sheriff finalists to the county commission, but not O'Malley's top pick, an undersheriff.