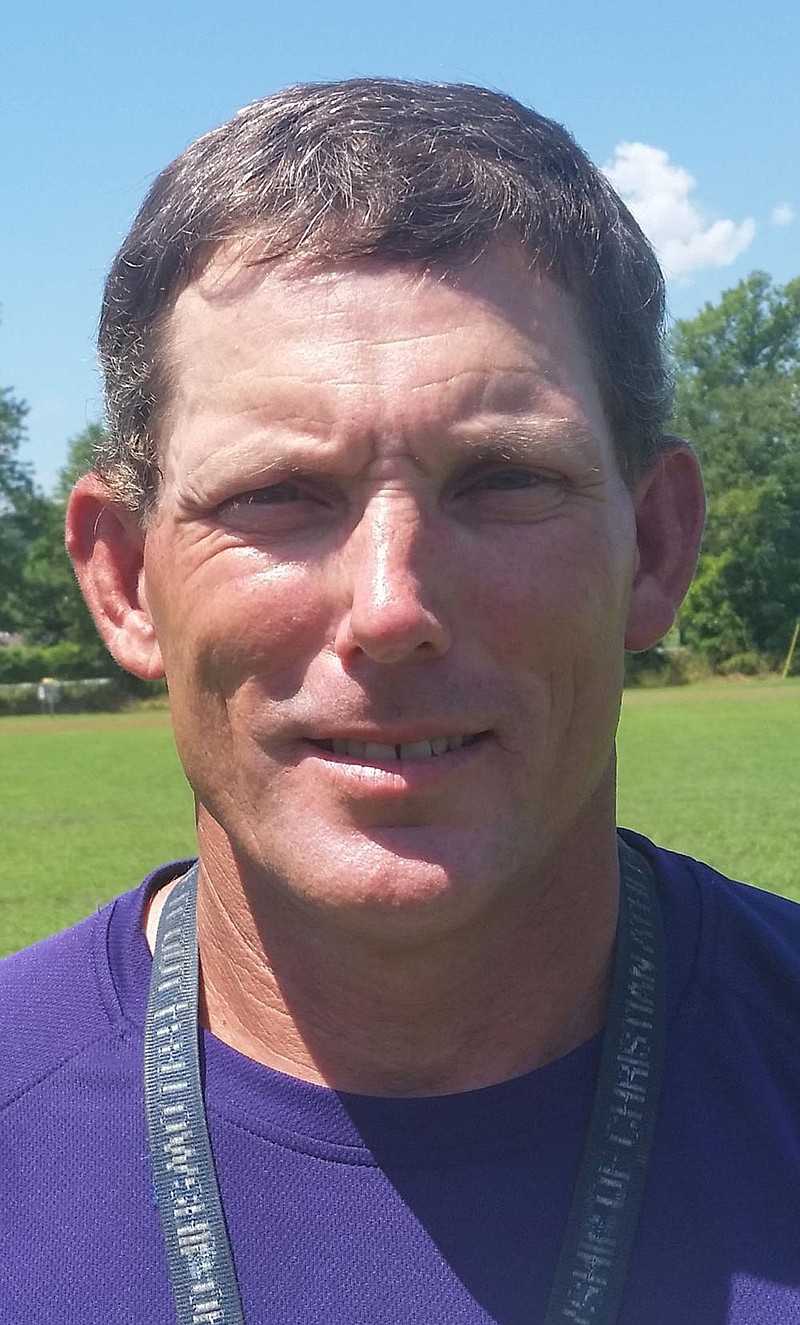 Chad Harbison may be in an unfamiliar situation, but he's in a comfortable place as the new Rogers head football coach.

The Rogers Public Schools board made it official Tuesday night, promoting Harbison to replace Mike Loyd, who retired.

Harbison spent the past two years as the Mounties' offensive coordinator and will begin his 20th year in coaching this fall.

The 54-year-old feels at ease assuming the reins, but the scenario is different from his previous head coaching stops at Harrison and Elkins.

"I don't feel like I'm having to start from scratch," said Harbison, who was also an assistant coach at Rogers and Rogers Heritage from 2005-10. "It's a unique opportunity for me because I'm already embedded here, already understand our culture, our coaches and our players.

"I feel like I'm way ahead of the game ... as far as knowing and trusting the guys on staff and knowing what their skill sets and strengths are, and the same for our players."

Harbison's last time as a head coach was a two-year stint (2017-18) at Elkins, where he went a combined 18-6. But being a head coach is not the most important thing for him.

"I feel real fortunate to get another opportunity to be a head coach," Harbison said. "But it's just if you're in the right place with the right people to me. It's who you coach with, and it's about the kids and community.

"Coach Loyd was great to me. He trusted me pretty quick to handle the offense, and allowed me to coach and do my thing."

He also wants to prolong the momentum that began last season. Rogers finished 6-3, losing in the first round of the playoffs, despite a two-week shutdown because of covid-19 issues in the middle of the season.

"We finally kinda turned a corner from the perspective those guys had some confidence and a little bit of an identity," Harbison said. "We felt like when we stepped out on the field, we had a chance to beat anybody."

Harbison spent some time in covid quarantine, which made game preparation challenging.

"There's a lot of things you can get done remotely, but I found out calling plays and being a coordinator -- doing that stuff remotely was a challenge for me," he said. "But everyone got us ready to play."

Graduation hit the Mounties hard, but the Siloam Springs native is excited about the future.

"We're gonna be young," Harbison said. "We don't have a very large senior class or a junior class, but got a great big sophomore class. I like the guys we got coming back.

"We don't know what next year's gonna bring, but we're gonna get out there and put the best team we can out there."