UNDER THE RADAR: Quitman’s William Litton 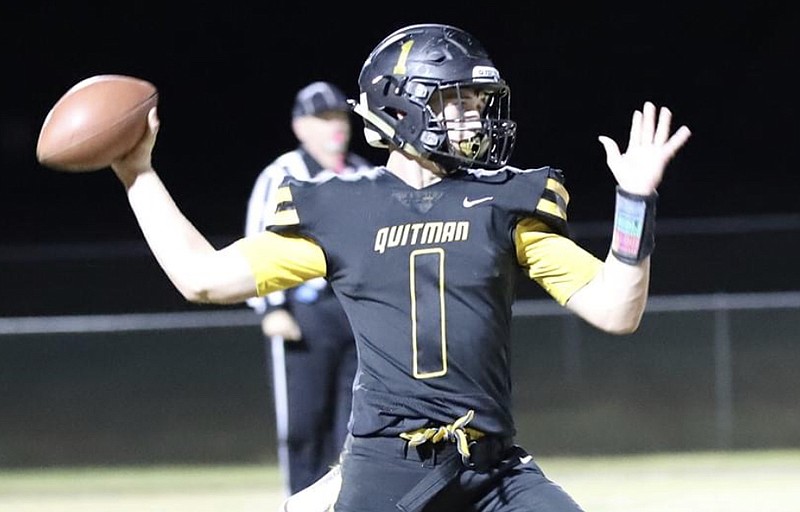 On Wednesdays, we feature an in-state prospect who could be flying under the radar of college coaches. This week's UTR prospect is Quitman’s William Litton.

Stats: As a junior, Litton led Class 2A with 2,381 passing yards and also rushed for 1,201 yards. He led Class 2A in total yards and scored 42 total touchdowns. He also recorded 162 tackles

Marrs on Litton splitting time at QB before taking over as starter:

"The stats that will had he really only did it in 10 games because his first start was against Conway Christian our first conference game, and then he played a lot of the Mountain View game. So really the first two games he didn’t really record any signifiant stats."

Marrs says Litton is best QB he has coached:

"I think if he had gotten to camps last year it would’ve helped him a while lot because they would’ve seen him run and see his size. I think if he would’ve got to some camps and ran some 4.8s at his size I think that would’ve gotten a lot more eyes on him.”