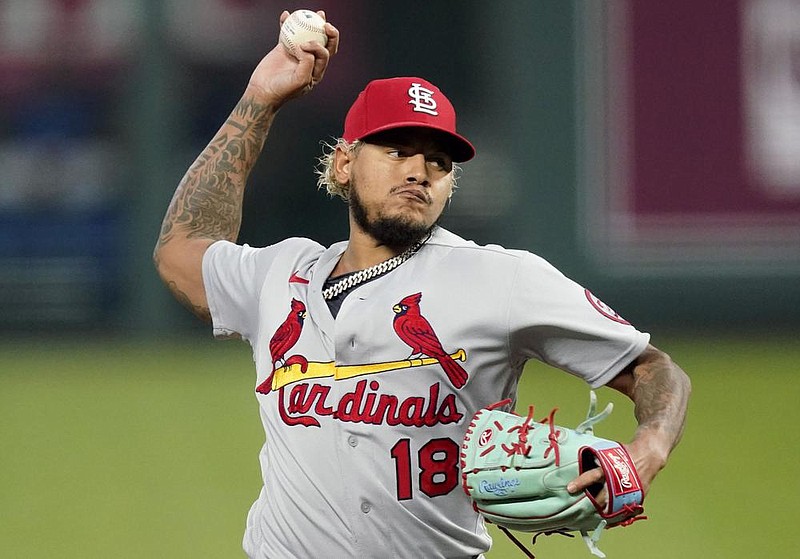 St. Louis Cardinals pitcher Carlos Martinez battled covid-19 last summer and said he wasn’t the same the rest of the season. As pitchers and catchers reported to spring training Wednesday, major league players and managers say they have a better understanding of what it takes to play baseball through a pandemic. (AP file photo)

One year later, major league players and managers say they have a better understanding of what it takes to play baseball through a pandemic.

Pitchers and catchers around the game reported to spring training Wednesday, saying they appreciate what's at stake as they try to make sure the season starts on time.

"We've all gone through a year of this, of living through this," New York Yankees Manager Aaron Boone said. "And so I think we're a little, much better equipped of how to handle ourselves, how to conduct ourselves, how to make good use of our time."

New standards agreed to by Major League Baseball and the players' association require players, staffers and other team personnel to wear electronic tracing wristbands for ballpark access. Players underwent a five-day at-home quarantine before reporting, with exceptions for essential activities and approved outdoor workouts and exercise.

They'll need to stay in their living quarters throughout spring training except for baseball activities, medical care, grocery shopping, takeout food pickups and outdoor physical activity. Outdoor dining will only be allowed if they get permission beforehand.

"Between the players' union and MLB, the agreement I think is pretty rock-solid when it comes to player safety, staff safety," Chicago White Sox pitcher Lucas Giolito said. "There's going to be a few things that are a little more, what's the word for it, given more importance. I think some of the workouts are going to be in smaller groups, a lot more on point with mask wearing and things like that. I don't think it will affect our work too much. We'll certainly be able to get done what we need to get done."

But the restrictions will make it more challenging to get ready for the season.

Catcher James McCann (Arkansas Razorbacks) faces hurdles this spring trying to bond with an entirely new pitching staff after signing a $40 million, four-year deal with New York Mets. Normally, the veteran backstop would invite pitchers to dinner, set up play dates for their kids, go out and grab a drink -- anything to help develop those relationships.

Forget the off-field meetings. Under MLB's protocols, even getting together at the team's Florida complex is more difficult. Gathering in places like the video room -- usually a convenient spot for 3-4 players to meet -- is a no-no.

"Nobody likes to wear a mask and sit and talk 6 feet away from each other," McCann said. "A lot of different things I guess we took for granted."

MLB is hoping to have a full season after playing a 60-game schedule last year that included no fans in the stands until the postseason. The Miami Marlins and St. Louis Cardinals both dealt with covid-19 outbreaks that resulted in multiple postponements.

"We're the lucky sport to have 162 games, but with that obviously comes a lot of thoughtfulness and dedication and commitment," Marlins General Manager Kim Ng said. "To play this game, you have to be absolutely committed, especially this team with them going through what they went through last year. People understand how it can decimate."

Cardinals pitcher Carlos Martinez battled covid-19 last summer and said he wasn't the same the rest of the season.

"After that, I was not comfortable with my body," said Martinez, who added that he feels great now.

One of the first things Cardinals President John Mozeliak did upon arriving in Jupiter, Fla., was to request a list from the medical staff of players and coaches who tested positive for covid-19 antibodies.

Mozeliak believes knowing which players already have at least some measure of protection from the coronavirus can help in preventing an outbreak during spring training.

"I believe we had about 15 or 18 people with antibodies in this camp," Mozeliak said, "so that was encouraging."

Mozeliak also expressed hope that some staff and players could begin receiving the covid-19 vaccine by the start of the regular season.

"But I certainly understand, collectively, you're dealing with a pretty healthy group of young people," he said, "and when you're looking across our country, there are people more deserving of that opportunity than this group. But clearly if you were vaccinated, it would ease up a lot of the protocols we have in a sense of where you can go and where you can't." 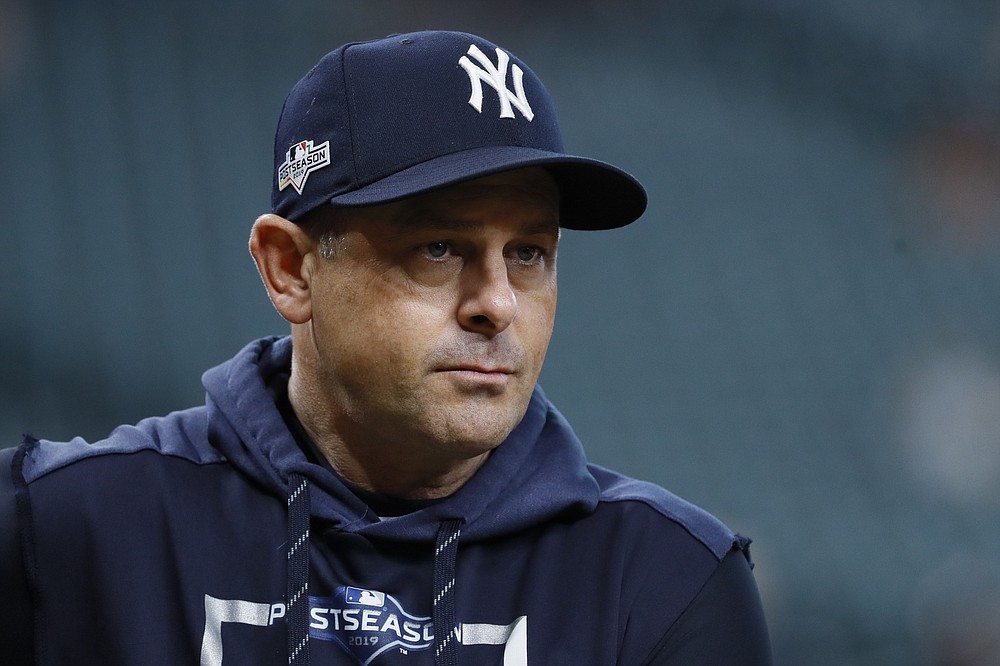 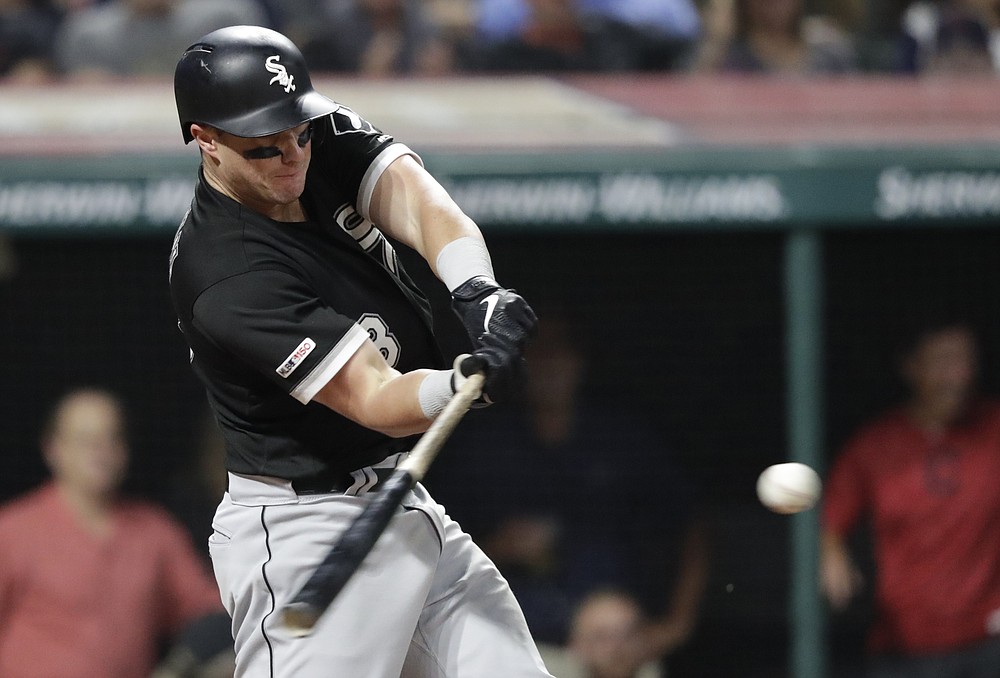 FILE - In this Tuesday, Sept. 3, 2019 file photo, Chicago White Sox's James McCann hits a three-run home run in the eighth inning in a baseball game against the Cleveland Indians in Cleveland. One year later, there's a better understanding of what it takes to play a baseball season amid a pandemic. itchers and catchers reported to spring training Wednesday, Feb. 17, 2021 appreciating what’s at stake as they try to make sure the season starts on time. (AP Photo/Tony Dejak, File) 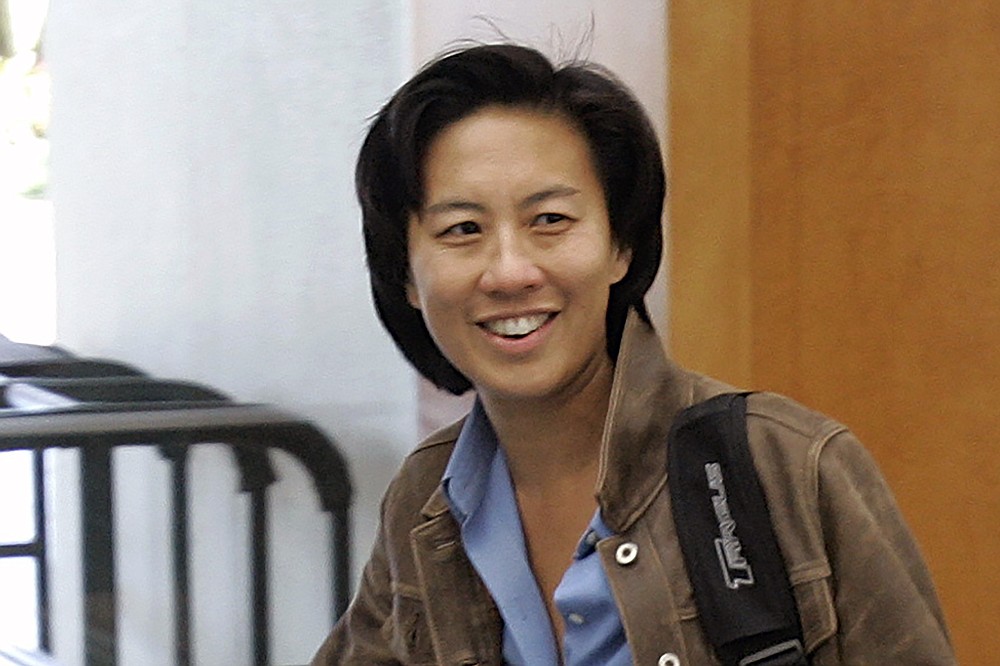 FILE - In this Nov. 5, 2007, file photo, then-Los Angeles Dodgers assistant general manager Kim Ng walks through the hotel lobby during the first day of the Major League Baseball annual general managers meetings in Orlando, Fla. One year later, there's a better understanding of what it takes to play a baseball season amid a pandemic. Pitchers and catchers reported to spring training Wednesday, Feb. 17, 2021 appreciating what’s at stake as they try to make sure the season starts on time. (AP Photo/John Raoux, File) 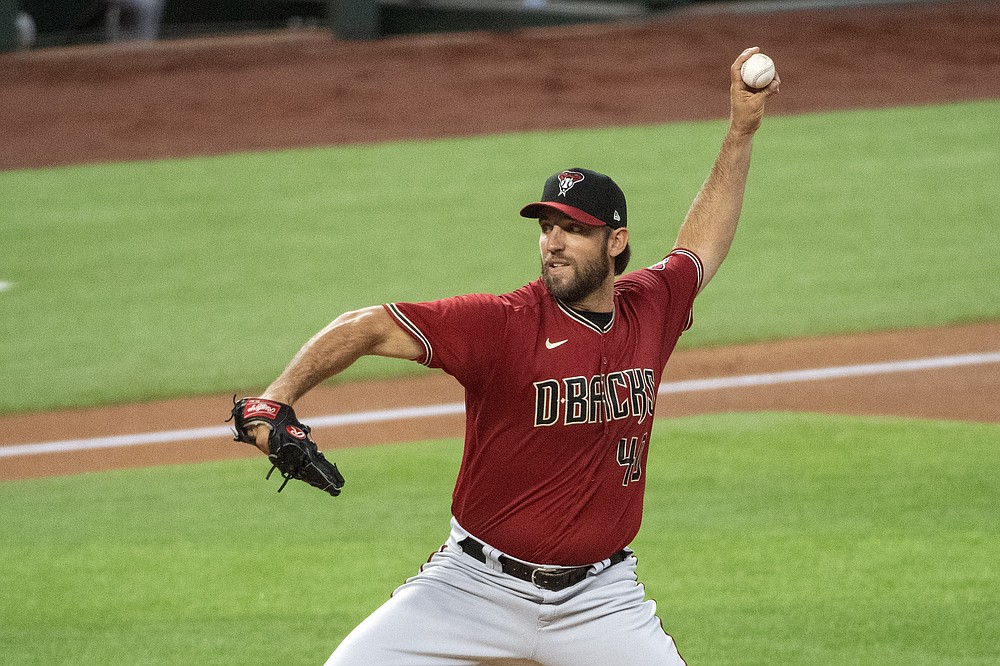 FILE - Arizona Diamondbacks Madison Bumgarner throws against the Texas Rangers during the first inning of a baseball game in Arlington, Texas, in this Wednesday, July 29, 2020, file photo. Diamondbacks manager Torey Lovullo enters his fifth year with the Diamondbacks — and the final year of his current contract — under a substantial amount of scrutiny. The Diamondbacks are hoping left-hander Madison Bumgarner can turn into the top-of-the-rotation starter they wanted him to be when he signed an $85 million, five-year deal before last season. (AP Photo/Jeffrey McWhorter, File)
ADVERTISEMENT