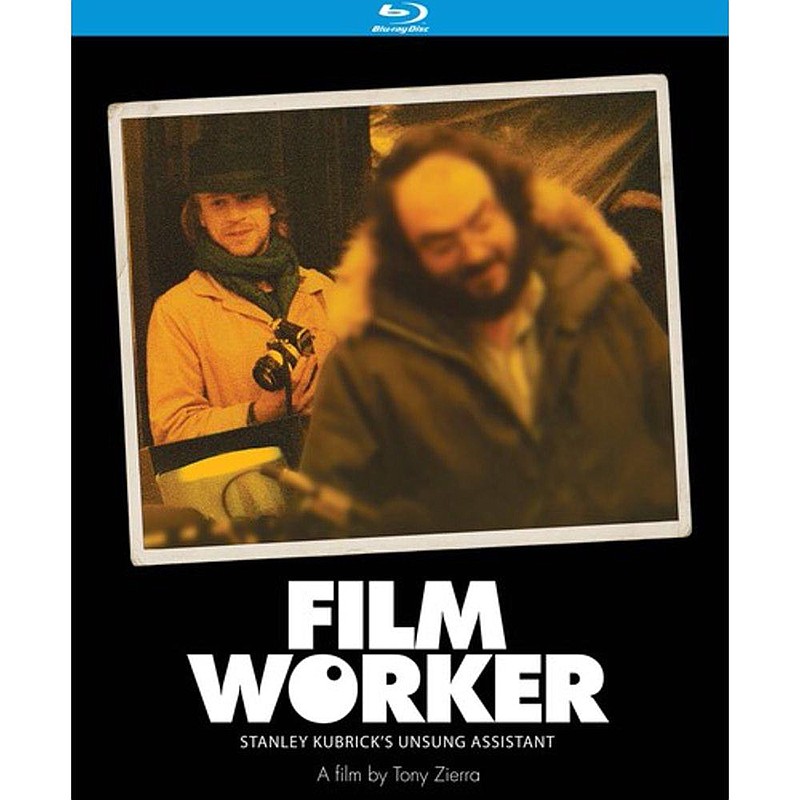 "Filmworker," which explores a seldom-seen examination of the selfless fidelity that can develop between a servant and his master, is a thoughtful documentary that focuses on the interactions between a superstar director and the man who had much to do with his achieving that glorified status.

After his well-received performance as Lord Bullingdon in Stanley Kubrick's 1975 drama "Barry Lyndon," Leon Vitali gave up a promising acting career to become Kubrick's personal assistant and devoted collaborator, a role he played for 20 years despite a heavy work load, much anxiety, and the sort of dismissive and often abusive treatment that tends to come from a self-absorbed film legend.

"The Swordsman" (TV-14, 1 hour, 40 minutes) This Korean martial-arts drama, with attention to fight-sequence details and period costumes (it's set in the mid-1600s), can't brag on having an original plot, but there's plenty of action every step of the way. With Jang Hyuk, Man-sik Jeong, Hyeon-soo Kim; written and directed by Jae-Hoon Choi. Subtitled.

"A Call to Spy" (PG-13, 2 hours, 3 minutes) Women who made a difference in building British resistance in the early period of World War II did so as spies. This drama -- not only about women, but made by women -- concerns Special Operations Executive agency members Virginia Hall (Sarah Megan Thomas, who wrote the screenplay), an American with a wooden leg, and Noor Inayat Khan (Radhika Atpe), a Muslim pacifist. Don't hope for wide-screen bloody battle scenes; this is all about the deft intricacies of spycraft. With Stana Katic, Linus Roache; directed by Lydia Dean Pilcher.

"The Informer" (R, 1 hour, 53 minutes) Good cast, commonplace plot, plenty of violence, few dull moments: A former soldier working as an informant for the FBI to take down a Polish-run drug cartel in New York gets himself incarcerated to get next to mob members sentenced to time in a maximum security prison. With Joel Kinnaman, Karma Meyer, Rosamund Pike, Clive Owen; directed by Andrea Di Stefano.

"The Very Excellent Mr. Dundee" (PG-13, 1 hour, 28 minutes) Paul Hogan, the actor who made the Australian character Crocodile Dundee world-famous, plays a far less buoyant and unappealing version of himself who's retired in Brentwood, Calif., and balks at accepting a knighthood for services to comedy, until his granddaughter intercedes to change his mind. It's a comedy, but not a successful one. With John Cleese, Nate Torrence, Olivia Newton John, Luke Hemsworth, Luke Bracey, Jim Jefferies, Chevy Chase; co-written and directed by Dean Murphy.

"Horizon Line" (PG-13, 1 hour, 32 minutes) Unenthusiastic performances fail to deliver the frantic atmosphere that's needed for a successful edge-of-seat disaster thriller, which this definitely is not. It's about a couple who, while flying on a small plane to attend a tropical island wedding, are faced with imminent survival when their pilot is stricken with a heart attack. With Alexander Dreymon, Allison Williams, Keith David, Pearl Mackie; directed by Mikael Marcimain.

"Breaking Surface" (not rated, 1 hour, 22 minutes) Now here's your edge-of-seat disaster thriller: tense, claustrophobic, and chilling in more ways than one. Two sisters who embark on a winter diving trip in Norway (who does this?) enter a worst-case scenario when one of them becomes trapped on the bottom of the ocean by falling rocks. With Moa Gammel, Madeleine Martin, Lena Hope; written and directed by Joachim Hedén. Subtitled.