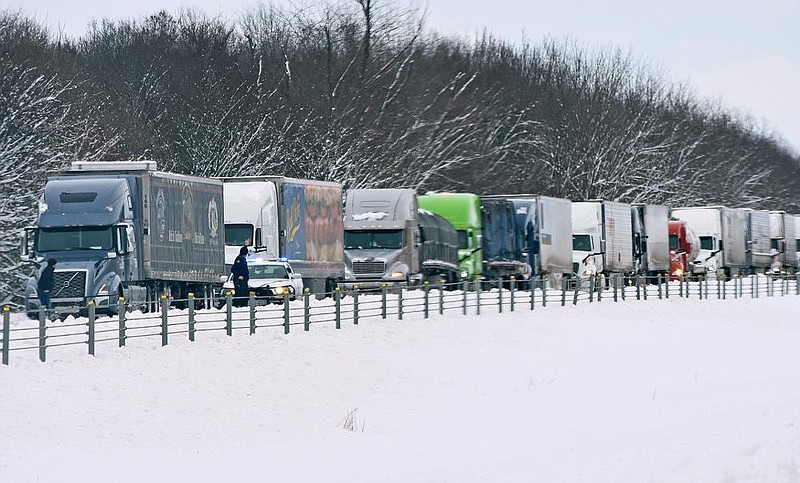 An Arkansas State trooper’s vehicle Thursday blocks the Galloway exit on Interstate 40 as trucks stack up along the highway. Officers blocked both exits to prevent additional trucks and passenger cars from getting stuck in the snow around truck and travel centers near those exits. More photos at arkansasonline.com/219snow/. (Arkansas Democrat-Gazette/Staci Vandagriff)

As Arkansas continues to thaw out today after subzero temperatures and record snowfall, the National Weather Service in North Little Rock warned about black ice and falling icicles.

"Clearing skies and warmer temperatures will begin to melt snow each afternoon, but very cold overnight temperatures will lead to refreezing and extremely hazardous driving conditions for any surfaces that remain wet/slushy/snow-covered through this weekend," the weather service said in a briefing Thursday afternoon.

"Snow melting off of tall buildings/roofs will lead to large icicle and ice sheet formation each night which will melt again in the afternoon and could fall off in dangerous heavy chunks with some sharp edges leading to injury for anyone near the falling ice," according to the briefing.

After Thursday night's low temperatures in the single digits and teens across Arkansas, high temperatures will struggle to get above freezing across most of the state today. Melting snow will refreeze tonight. High temperatures are projected to be in the 40s Sunday and the 50s Monday.

Two winter storms this week dumped record levels of snow on parts of Arkansas, but Lance Pyle, a meteorologist with the National Weather Service in North Little Rock, said it was too early to tell on Thursday how many places had received record snowfalls.

Snow blanketed the state, but some areas in south Arkansas received twice as much snow as north Arkansas.

"For the two storm snowfall total from February 14-18, all of Arkansas saw at least 6 inches of snow," according to the weather service, in a post late Thursday on its website. "The heaviest snow fell in Central Arkansas which saw 18 to 22+ inches of snow."

According to the weather service, reports of the most measurable snow on the ground this week (many taken from social media) included 21 inches in Gurdon (Clark County), 18 inches at Malvern (Hot Spring County), 17 inches in Bauxite (Saline County) and 16 inches at Arkadelphia (Clark County).

[GALLERY: Submit your shots of wintry weather around Arkansas, and see what others have submitted » arkansasonline.com/2021snowphotos/]

Pyle said those amounts include measurable snow still on the ground from both winter storms this week. One storm moved through the state Monday and the second one on Wednesday. After the first snow, there could have been some melting, sublimation and settling of snow before more snow covered the same area Wednesday, he said.

Dave Parker, a spokesman for the Arkansas Department of Transportation, said weather conditions were much better Thursday than they were the previous day, when snow was "coming down in buckets."

"Yesterday, we'd plow one side [of the highway], come back around, and it would be covered again," he said.

Parker said it was a "very unusual series of storms," noting that an ice storm last week was a harbinger of the snow and extremely low temperatures that followed. An apparent record low of minus-20 degrees was set at Fayetteville's Drake Field, where weather records have been kept since 1949.

"Bitter cold was the main problem," he said.

Parker said highways in north Arkansas were clear by mid-day Thursday, and the Harrison division of the Transportation Department sent 20 or 25 plows to move snow from roads in Central Arkansas.

Traffic was snarled for much of the day Wednesday on Interstate 40 near Lonoke.

Bill Sadler, a spokesman for the Arkansas State Police, said troopers have been so busy they haven't had time to turn in reports. As soon as they work one crash or slide-off, they get in the car to leave and come up on another one, he said.

"It's a constant struggle right now just to keep up," he said.

Many Arkansans were without electricity for part of the week because of wintry weather or forced outages to relieve fatigued power grids. By late Thursday afternoon, 68 Arkansas households were still without power, according to poweroutage.us, which tracks outages around the country. On Thursday, 333,943 customers in Texas were without electricity, but that was a considerable improvement compared with 4 million earlier in the week.

In other neighboring states, 127,099 households in Mississippi and 102,171 in Louisiana were without electricity late Thursday afternoon, according to the website.

Gas stations in parts of Arkansas were dealing with delivery issues related to the weather, with some stores closing until fuel supplies are available again.

"The gas is there, but the trucks can't get to the terminals," said Nick Siddique, owner of an Exxon store in Maumelle.

Miller County issued an emergency alert Thursday about the shortage of gasoline, urging residents to conserve fuel so there will be enough for emergency vehicles.

"The fuel situation in our region is stressed," said Joe Bennett, director of the Office of Emergency Management in Miller County, citing truck transportation issues.

To compensate, state and federal officials declared a state of emergency earlier this week and issued temporary waivers to truck drivers so they could work overtime.

"As soon as the roads clear up, every station will be replenished," with fuel said Steven Farren, executive vice president with the Arkansas Oil Marketer's Association.

Farren said he didn't know which areas were most affected by the state's temporary gasoline shortage. Stores in Faulkner and Pulaski counties indicated that they had low or no fuel stocks.

Siddique said he recently placed a supply order for Saturday, but was told it may not arrive until Sunday because orders were backed up.

On Thursday, he said customers mentioned that a nearby convenience store was closed because "they didn't have any gas."

Besides warning about black ice and falling icicles, the National Weather Service in North Little Rock also cautioned Arkansans not to walk on the ice of frozen ponds and lakes.

"It has not been cold long enough for the ice to be safe to walk on," according to Thursday's weather briefing. "Serious injury or death could result in anyone walking out on thin ice. Lakes and ponds freeze from the edges to the middle. Your weight may be supported on the edge of the frozen water and not out in the middle of the frozen pond or lake."

The Baxter County sheriff's office issued a similar warning Thursday afternoon after receiving reports of children walking or playing on the ice on frozen sections of Norfork Lake.

"This precautionary warning is being issued to make parents and young people aware of the potential deadly dangers of this kind of activity," according to the news release. "Ice is unpredictable. The density of ice can change anywhere and at any time. After freezing temperatures and a heavy snowfall, sunny days will bring on a slow thaw. The crust that forms on top of a lake or body of water is unstable due to the movement of water beneath it. Lake ice is most fragile in frozen areas around an open patch and along the shore. This ice may look solid, but it is probably very weak."

The sheriff's office said children should never skate or play on the ice on a frozen or partially frozen lake or pond in this area.

"The ice is likely thin and can easily crack," according to the release.

Information for this article was contributed by Nathan Owens of the Arkansas Democrat-Gazette. 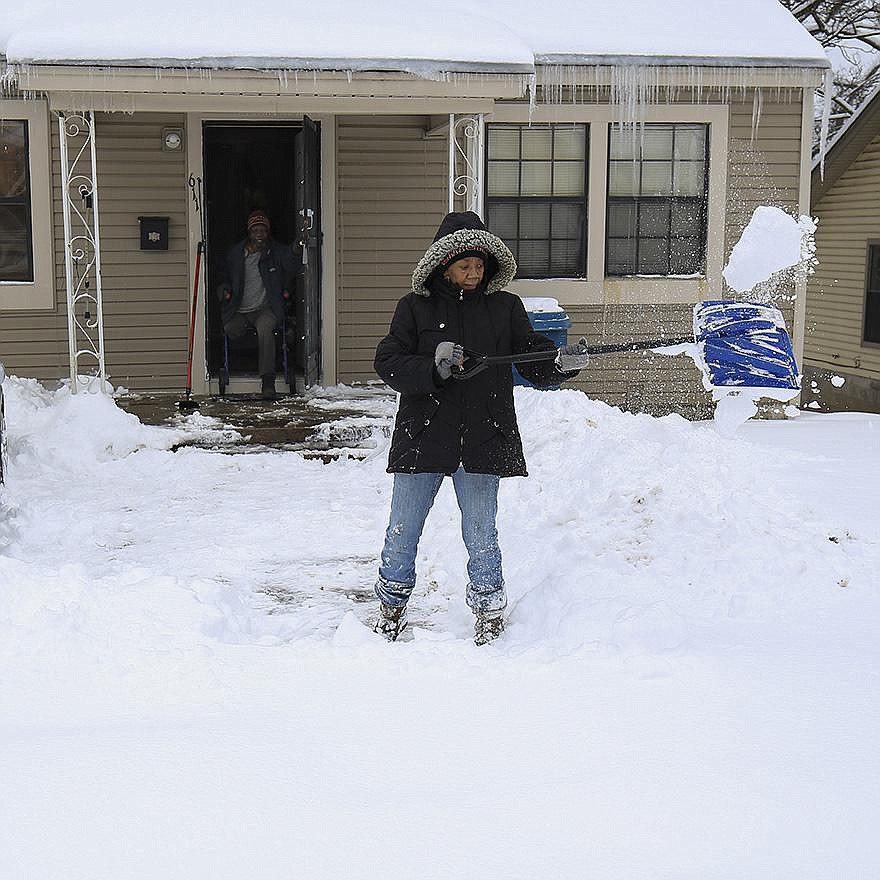 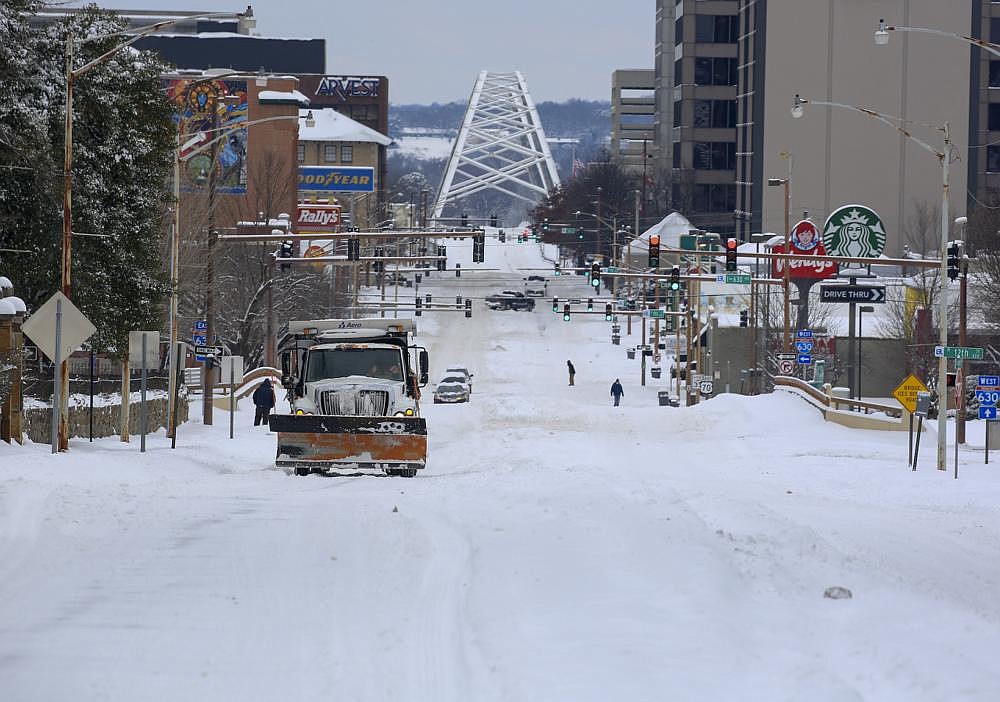 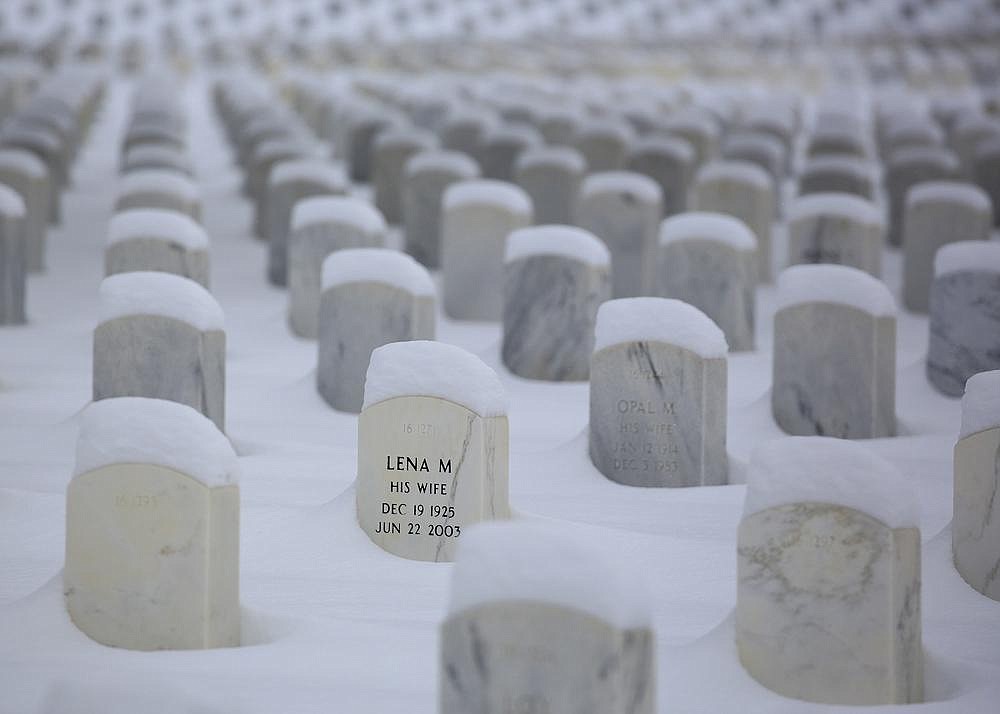