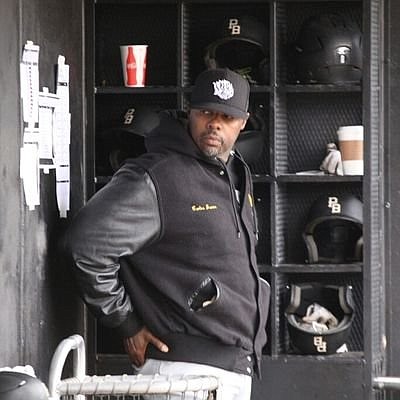 Thanks to Mother Nature, the University of Arkansas at Pine Bluff baseball team is diving head first into competition against a Southeastern Conference opponent.

A lack of practice time due to the snow across the south-central states led to the cancellation of the MLB Andre Dawson Classic, which would have drawn seven Southwestern Athletic Conference schools and the University of New Orleans together for a three-day start to the season.

That means Tennessee of the SEC is now first on the Golden Lions' docket and is set to host them in a two-game set on Tuesday and Wednesday.

First pitch for both games, which will be streamed on the WatchESPN app, is 4:30 p.m.

"For me, it's just so to not put so much pressure on them early because they haven't been out," 11th-year Lions Coach Carlos James said. "We just try to see it as a spring training game, so to speak, get as many guys in as possible and get them playing and just go from there. It's a slow build."

Tennessee is one of five major programs on the Golden Lions' schedule this season. UAPB will visit Texas Christian on March 16, Kansas State on April 6-7, the University of Arkansas on April 13-14 and Oklahoma State on April 20-21.

Arkansas and UAPB played for the first time two years ago, with the Razorbacks winning 16-4 in seven innings. The 2021 renewal is a continuation of the UA's recent commitment to taking on in-state opponents after a decades-old policy banned the practice.

UAPB has beaten Mississippi State, TCU and Missouri in past years under James, but a win against the Razorbacks, who are three years removed from a national runner-up finish, could give the Lions more in-state credibility.

"We've always been who we are," said James, who graduated from Arkansas. "But I guess within the state of Arkansas, being a coach and a competitor, what's probably going to validate our program more is we're going to have to win. I root for the Hogs every day but the two days we play against them. As a coach, you've just got to beat them, and once you beat them, I think that's going to help our program out a lot."

James said he has more players from the county than in any of his past 10 seasons at UAPB, including junior outfielder Kacy Higgins, right-handed pitchers Brandon Little (sophomore) and Jordan O'Guinn (senior) of Pine Bluff High School; redshirt sophomore infielder Braelin Hence and junior outfielder Davion White of Watson Chapel; and senior right-hander Antoine Luster and freshman left-hander Tyler Sheridan of White Hall.

The Lions have elected to wait a little longer to start their season at home. Following the trip to Knoxville, they will visit Jackson State for a three-game nonconference series Feb. 26-28 in lieu of a series against Division II Lane College of Tennessee at Torii Hunter Complex.

"That's the opening weekend of SWAC football, and on our campus we've got football, basketball and all that stuff," James said. UAPB's football team will host Texas Southern to begin a postponed season, and the basketball teams will face Grambling State.

The first home series is now set for March 5-7 against Alabama A&M, which is also a nonconference set. Although Jackson State and Alabama A&M are in the SWAC, only games against division opponents count in SWAC baseball standings. (UAPB plays in the West Division, with Jackson and Alabama A&M in the East.)

UAPB went 6-12 and 3-3 in the SWAC last year before the season was halted due to the coronavirus pandemic, so James bolstered his roster with a deeper pitching staff and new pitching coach in Ryan Gaynor, who last year primarily developed redshirt pitchers at Santa Barbara City College in California. Prior to that Gaynor worked five seasons in player development with the Pittsburgh Pirates.

Gaynor is coaching as a volunteer, James said.

"To get Ryan was a big get for us, especially for how we got him," James said. "Usually you pay for one but we got blessed with getting a guy in Ryan Gaynor that has so much experience to be able to bring to our kids and help our pitching staff. I think that would be the No. 1 thing, and then we got some guys who could help us."

James is high on 6-foot-4 sophomore left-hander Jace Mapston, who transferred from Paris Community College in Texas. Mapston can throw up to 95 mph, but James is looking for Mapston to build his consistency up enough to become a starter.

Another addition, sophomore right-hander Jordan Jones, played most recently at Richland College in Dallas. His brother Jayson is a top-10 nationally ranked recruit in the class of 2022 who orally committed to Arkansas over the summer.

Jones can throw just as hard as Mapston, James said.

"When they throw so hard, they don't have much room for error," James said. "Having Ryan to tutor guys like that -- and we expect Jordan to be one of our main starters -- that has helped us to get a few other guys."

Trenton Ferguson transferred from Kansas State, but the junior right-hander is coming off surgery and will likely miss the first one-third of the season. UAPB has a number of pitchers who can also play another position, including junior Justin Rieschick, and freshmen Aidan Martinez and Joseph Eichelberger.

Kreutzer was named first-team Preseason All-SWAC. The 6-foot-4, 240-pound Coloradoan hammered 11 home runs before the pandemic, but is hoping he can improve his batting average from .241 back to a .352 clip from 2019, when he also hit 11 homers.

James expects junior infielder Jarficur Parker to return to the lineup once Parker recovers from a Tuesday accident in which his vehicle flipped. James said Parker, from Dallas, is "OK" but is likely out for at least a month.

"He's a little shaken up, but he's going to go back home to Texas for a while," James said.