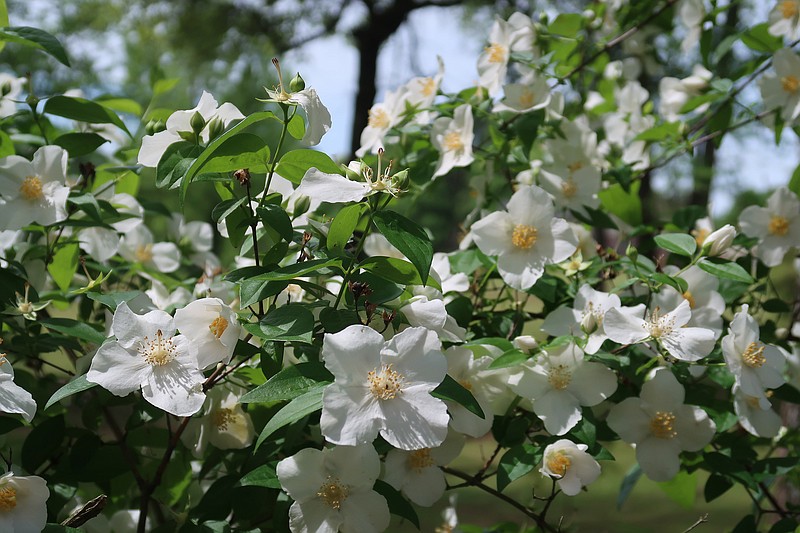 A mass of blooms in April, this mock orange grows in full sun. (Special to the Democrat-Gazette/Janet B. Carson)

Q Is it OK to set out shrubs and move shrubs now in El Dorado?

A The transplant season, where we move existing plants in our yard, is usually from November through early March. I would suggest waiting until we recover from this recent bout of winter weather. I have a feeling we might be doing a bit more replanting than previously planned. Hopefully, this is the last of the harsh cold.

Q My mock orange has grown and appears healthy but it never blooms. Ideas?

A I would say the only reason for no blooms is either lack of sunlight or pruning at the wrong time. Mock orange (Philadelphus sp.) prefers full sun. It sets its flower buds at the end of the summer for the following spring blooms. If the plant is in too much shade, consider moving it to a sunnier location.

Q These are leaves from my camellia bushes. They are about 10 years old, and this is the first year I have seen this. Please tell me what I can spray to get rid of this. 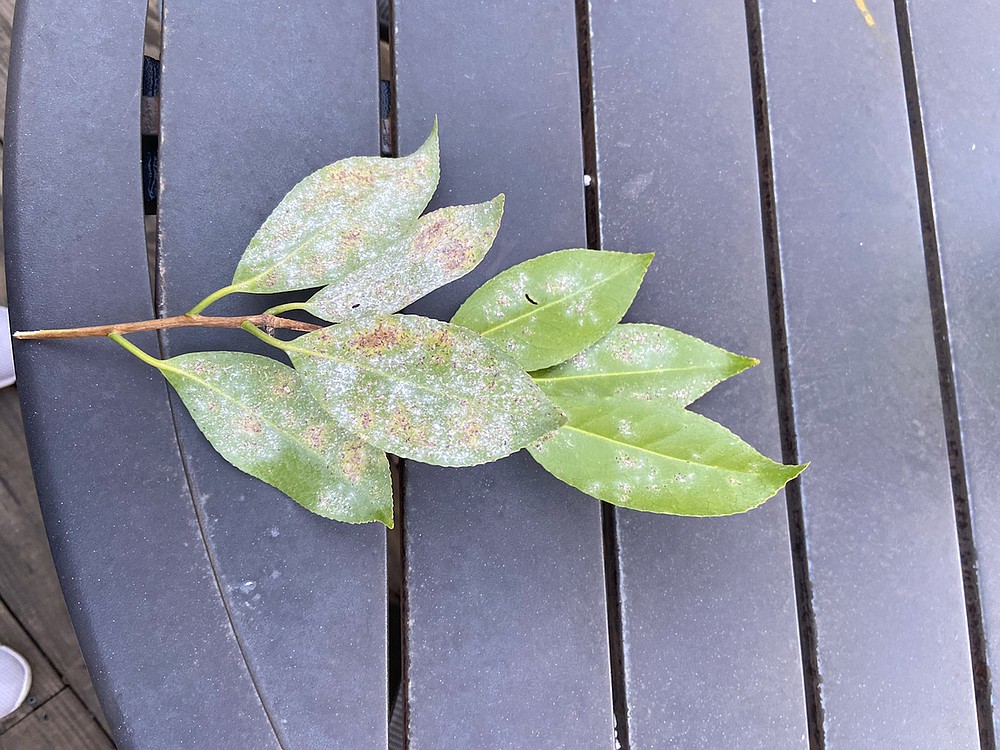 This camellia stem shows its parent plant is infested with tea scale insects. (Special to the Democrat-Gazette)

A Your camellia has tea scale, a small insect that attaches itself to the lower surface of the leaves and sucks the sap from them. There are several systemic insecticides on the market that you can spray the plant with this spring or apply in a granular form around the base. Do so after bloom.

Q I got an amaryllis bulb during the holidays. I potted it up and watered it, and it is just sitting there. I see a little green stalk at the top, but it hasn't grown much at all. How can I spur on new growth, or did I get a dud? 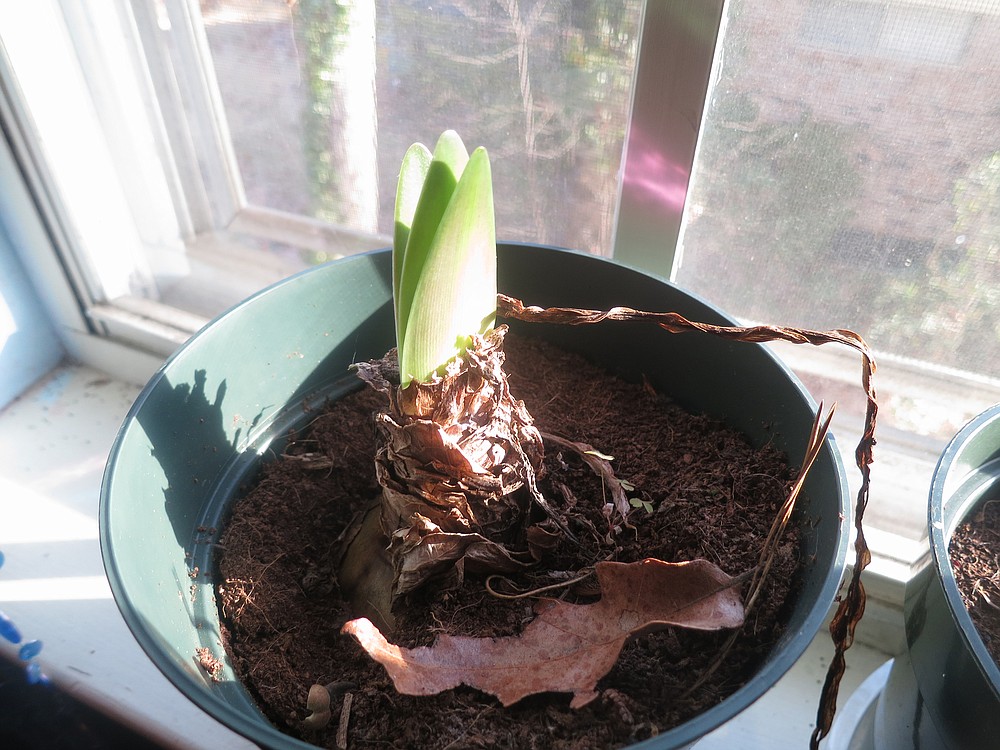 Hold off watering amaryllis bulbs until they break dormancy. (Special to the Democrat-Gazette/Janet B. Carson)

A Amaryllis bulbs have a mind of their own. Some bloom before they ever leave the box, and others are a bit slower. If the bulb is still firm, be patient. Don't add too much water before you see signs of new growth or you could rot the bulb. When the new growth is up an inch or so, water a bit more. It can also grow more slowly if you keep your house on the cool side. They typically grow better between 60 and 70 degrees. If you have it near a window, it might have been getting too cool. Be patient and in time you should see a bloom.

Q Most of my daffodils were in full bloom when the cold hit. Not wanting to lose the flowers, I cut a great bouquet for inside. I am still enjoying them. The one or two I left outside are lying on the ground, I assume never to stand upright again. Even the foliage looks a bit bedraggled. Will this cold kill the bulbs and do I have to replant next year? Is there anything I can do to help them?

A This weather caught many of us and our plants by surprise. The open blooms on daffodils won't return after weather this cold, but the bulbs themselves should be fine. Even though the foliage was damaged and is lying down versus standing up, it is still green and manufacturing food. Don't cut the leaves off for at least six more weeks. Add a little fertilizer around the leaves and let them grow. The 6-8 weeks after bloom is the time bulbs manufacture the food needed to set blooms for next year. They should be back just as strong as ever then.