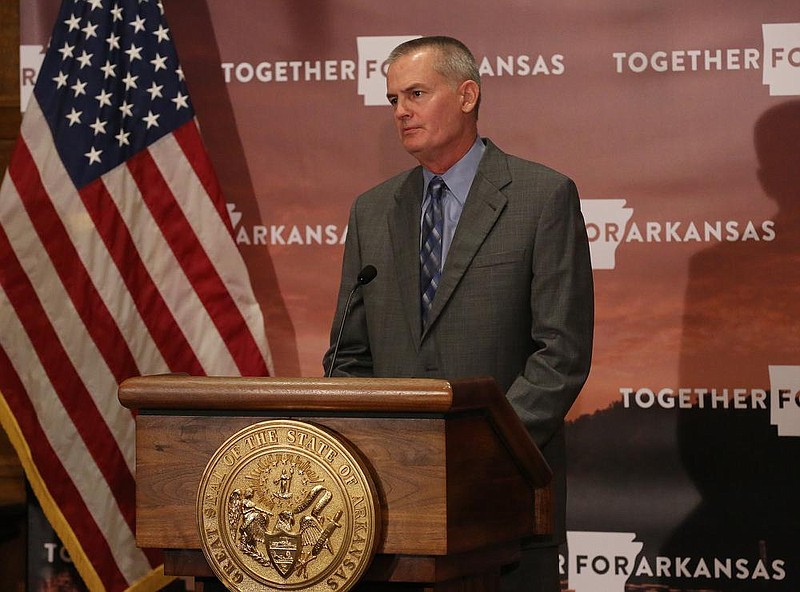 Several high school basketball teams that thought their seasons were over after wintry weather wiped out this week's games have been granted a reprieve.

The Arkansas Activities Association announced Friday that regional tournaments, state tournaments and state finals are being pushed back one week to give conferences a chance to not only finish their regular seasons but also to hold or continue any league tournaments that were cut short by the inclement weather that swept through the state.

"Due to the amount of covid-19 cancellations during the regular season, a conference tournament may be needed for correct seeding into the regional and state tournaments," the AAA said in a news release. "Schools and conferences will need to check the updated deadlines for submitting their final seeds to the AAA. The AAA is committed to finding the most equitable solution when dealing with covid-19-related no-contests and with unprecedented weather conditions that prevent the timely completion of the season."

The decision means that regional tournaments in classes 4A-1A that were supposed to run Feb. 24-27 will now be played March 3-6. The state tournaments, which were scheduled to start March 1, will run March 8-15 (March 9-13 for classes 4A and 6A). The state finals, originally planned for March 11-13, now will be held from March 18-20 in Hot Springs.

The ruling also allows conference tournaments that were canceled in classes 4A-1A to restart next week, which serves as a reprieve for teams who otherwise believed their year was done.

This week was designated to be the final one of the regular season for teams in Class 6A and Class 5A, whereas most programs in classes 4A-1A were planning to play in league tournaments.

Most of the conferences in the state's two largest classifications already had decided to either hold a league tournament or play make-up games next week to help determine seeding for state tournaments that initially were set for the first week of March.

Both Class 6A and Class 5A will play those make-up games and have the option of having a league tournament.

However, conferences from the smaller classes were forced to go a different route because of regional play. Earlier in the week, the AAA sent out recommendations on how conferences could pick and seed teams if league tournaments couldn't be completed. The majority of those conferences decided to cancel their tournaments and send the top four teams, based on their regular-season standings, to regionals.

Those rulings made for some tough conversations between coaches and their players when it appeared their season ended prematurely.

"At this particular period of time that we're in, the last thing you want to do for any kid is tell them you're done," said Joe T. Robinson girls Coach Ahmann Love, whose team missed games this season because of covid-19 quarantining and was sitting in the No. 6 spot in the 4A-5 Conference when the league decided against having a tournament. "Especially when there was a possibility -- even if it was by a day or two days -- that things could've been maneuvered or pushed back. You have different types of scenarios that could still play out.

"After we got the news about things being pushed back [Friday], I told my kids we're out for blood. We're excited about the chance we've got now."

Wynne boys Coach J.D. Parker noted his team, which was tied for sixth in the 4A-5, missed three homes conferences games because of circumstances beyond their control.

"We've got eight seniors, and they were asking that whenever the weather got better, could they still practice," Parker said. "It was tough. We voiced all of our concerns, and the decision to not have a conference tournament was out of our control. We as coaches felt like we did what we were supposed to do and fought for what was right.

"I am excited about the decision that was made [by the AAA], we all are, but I think it could've been made well before today."

According to AAA Executive Director Lance Taylor, the decision to delay the postseason wasn't an easy one to make.

"For logistics, it was a nightmare," he said. "But I tell you what, so many people helped us. The Hot Springs Convention Center had to move things around for us, and the Department of Health, we got some clearance from them to do it.

"Everyone just understood and worked together."

The decision does leave conferences scrambling because of the timing. Some leagues already have changed course and will hold tournaments before regionals start the next week. But for Taylor, the verdict to delay the playoffs by a week came down to what he and the AAA believed was in the best interest for the student athletes.

"We're going to always side with what's best for the kids," Taylor said. "That's what it's always about. If we can give them an opportunity to play another game, it might just be one or it might be a whole bunch, at least they'll have that chance now."

The Arkansas Activities Association announced that regional and state tournaments as well as state finals are pushed back a week to allow conferences to finish their regular seasons. This move also enables conference tournaments to be played. Here’s a list of the new playing dates: 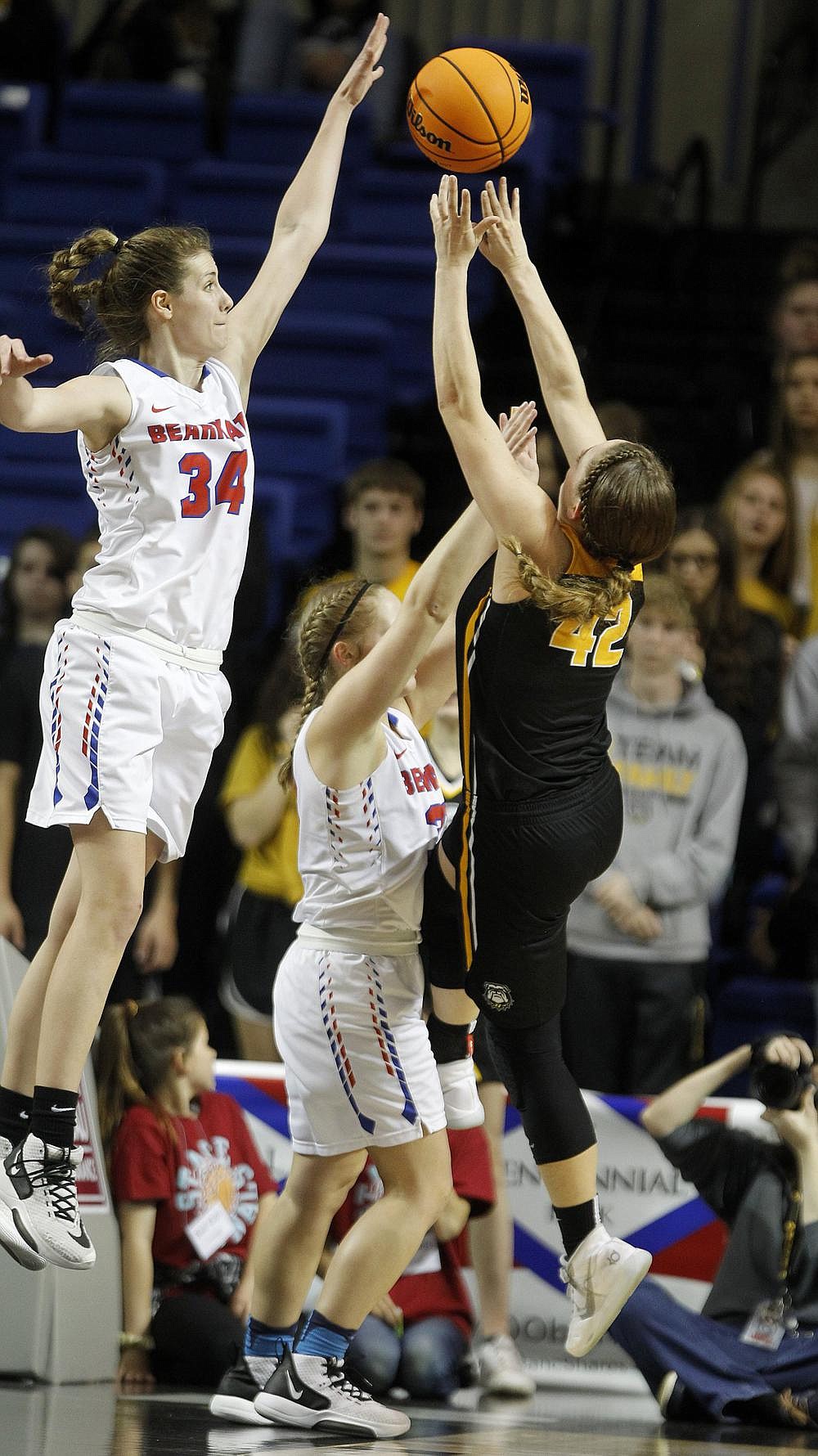 Melbourne’s Jenna Lawrence (left) blocks a shot against Quitman in last season’s Class 2A girls state championship game. The Lady Bearkatz’s quest to repeat as champions was delayed after the Arkansas Activities Association announced Friday that regional tournaments, state tournaments and state finals are being pushed back a week because of inclement weather in the state. (Arkansas Democrat-Gazette/Thomas Metthe)
ADVERTISEMENT