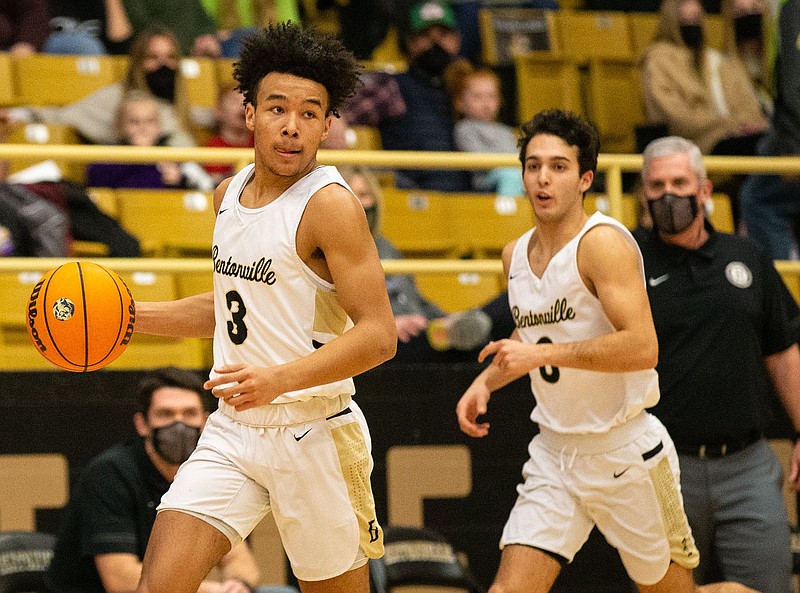 The Arkansas Activities Association's decision to push regional and state basketball tournaments back one week across the state gives the 6A-West Conference a second chance to finish out its regular season.

Games that were called off this week because of inclement weather will now be played next week, then the conference tournament will be re-seeded following those games and held the following week. The announcement was made Friday afternoon following a meeting with the conference's athletic directors.

It was good news for Bentonville High's girls, who now get another chance to secure the top seed in the conference tournament. The Lady Tigers were seeded second because the postponed games -- as well as a postponed game against Rogers High -- left them with 10-1 league record, while Fayetteville's girls had the top seed with an 11-1 mark.

"One thing I like about this decision is the opportunity to take that top seed was taken from our girls," Bentonville coach Tom Halbmaier said. "The first decision took that opportunity away. After the AAA's ruling, we now control our destiny against and we can control the outcomes by playing the games.

"I'm excited for the girls because they can finish out the regular season like it should be done."

The 6A-West Conference tournament schedule will look different because of Gov. Asa Hutchinson's decision earlier this week to allow more than two schools to be in the same facility at the same time. The tournament will now begin March 2 with four first-round games and conclude with the championship, third-place and fifth-place games Friday, March 5.

The difference comes in the semifinal round, where the previous schedule had the girls teams play on Wednesday and the boys teams play on Friday. All four semifinal round games will instead be played March 4 at the higher-seeded teams' home floor, and any school that hosts two games must have 3 hours between games to clear and clean the facility.

Class 6A wasn't the only classification affected by Friday's announcement. Inclement weather also wreaked havoc on the lower classification schools' conference tournaments, which impacted their regionals as well.

Conferences in smaller classifications announced their tournaments will resume after originally being canceled. The 4A-1 will play its scheduled games Monday -- Gravette at Berryville and Shiloh Christian at Farmington in girls play and Shiloh Christian at Berryville and Harrison at Huntsville in boys action -- then play semifinals Tuesday and championship and third-place games on Monday, March 1.

Athletic directors in the 5A-West Conference met Friday and elected to have Tuesday's postponed games rescheduled for next week. It will then begin the conference tournament next Friday with first-round games, with quarterfinals set for March 1, semifinals on March 2 and championship and third-place games March 4.

The 6A-Central, which was scheduled to have a conference tournament for its girls teams only starting Monday, was also discussing an alternative plan late Friday.

Here is the revised schedule of games for the 6A-West Conference for next week.

(games will be played at home of higher seed)

(games will be played at home of higher seed)

NOTE: In the event a school is hosting two games on the same night, a 3-hour window will be placed between games.

No. 6 Clarksville at No. 3 Dardanelle

No. 5 Subiaco Academy at No. 4 Pottsville

Clarksville-Dardanelle winner at No. 2 Ozark

Subiaco-Pottsville winner at No. 1 Morrilton

*— Teams will be determined after a makeup game Saturday between Ozark and Dardanelle. Ozark will be the third seed with a win. Clarksville will be the No. 3 team with an Ozark loss. If the game isn’t play, a coin flip will determine the seedings.