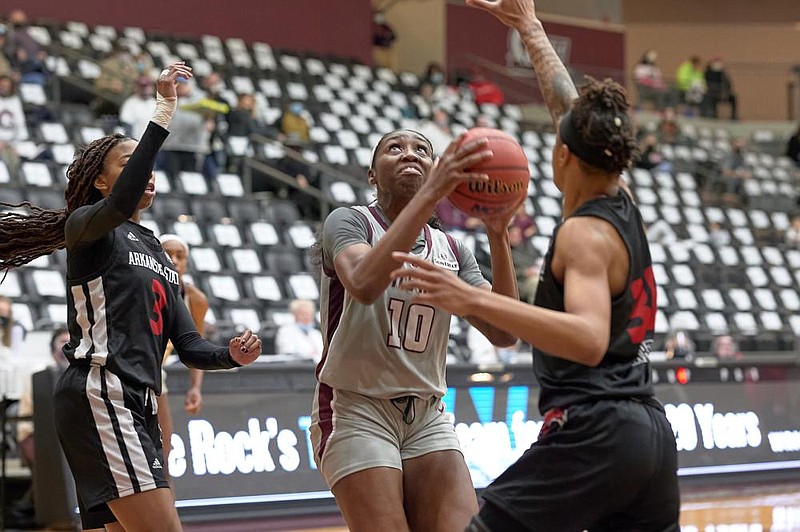 Senior forward Krystan Vornes (10) — along with junior point guard Mayra Caicedo and senior forward Teal Battle — have anchored a UALR Trojans team that has won six of its past seven games and is a half-game behind Texas-Arlington for second place in the Sun Belt West Division. (Photo courtesy UALR Athletics)

The last time UALR women's basketball Coach Joe Foley led a team with this short of a rotation, he won a national championship.

That was in 1992 with Arkansas Tech, University, when Foley used six players to win five games in six days to earn the first of back-to-back titles in Russellville.

This season, Foley's Trojans have had three players opt out -- first with juniors Bre'Amber Scott and Brianna Crane in January, then sophomore Alayzha Knapp last week -- leaving a roster of nine and a core rotation of six that features only two seniors.

Despite the defections, the University of Arkansas at Little Rock has won seven of 10 games, and Foley is beginning to see similarities between these shorthanded Trojans and his 1992 champions.

"People were trying to run us to death in that tournament [in 1992], substituting two or three at a time thinking they were going to run us to death," Foley said. "I've watched us play now for quite a few games recently, and I see us getting stronger and stronger. People can't run us down."

UALR (12-7, 8-4 Sun Belt) will enter its series at Louisiana-Monroe on Sunday a half-game behind Texas-Arlington for second place in the Sun Belt West Division. The Trojans have won six of their last seven, and are holding opponents to 55.4 points per game, second best in the conference.

"We've learned some things from the situation that's been thrown at us," senior forward Teal Battle said. "I think I speak for everybody when I say that it's made us a better team overall in spite of the adversity."

When UALR returned from a 20-day covid-19 pause Jan. 22, it did so without its leading scorers in Scott and Crane, and with a shortened roster. The Trojans dropped two of their first three games with a seven-player rotation, but have lost just once since Jan. 29.

When Knapp opted out prior to last weekend's series with Arkansas State University, UALR's rotation dropped to six. The Trojans swept the Red Wolves across two games in less than 24 hours.

"[The players who left] made those decisions and we move on from there," Foley said. "It has forced the kids who are still here to realize their roles better and now they've filled those roles. They know they've got to do it because there's nobody else to do it."

Anchoring UALR is the veteran half of the rotation, which features Battle, fellow senior forward Krystan Vornes and junior point guard Mayra Caicedo. Battle matched a career-high 25 points last Saturday, and Caicedo ranks No. 3 in the nation with 133 assists.

"It's helped tremendously that they didn't put their heads down and decide there's no use in us trying," Foley said. "There hasn't been any give up, and as a matter of fact, they're better because of it."

The other half of the rotation sports three underclassmen who have confidently stepped up.

Foley called upon sophomore Ky'lie Scott and freshman Tia Harvey for perimeter scoring. Scott is averaging 11.5 points since entering the starting lineup, and Harvey scored 14 and 16 points in her last two games, respectively, on 54.5% from the field.

Missing Crane and now Knapp, UALR's third forward position has fallen to sophomore Angelique Francis, who has played 20-plus minutes off the bench in seven of the Trojans' past 10 games.

"I think their work ethic has stood out," Battle said. "You don't see many freshmen willing to step up into this big of a role and really back it up with actions on the court."

The Trojans have only four regular-season games remaining before the short rotation is put to the test at the Sun Belt Tournament beginning March 5. The last month has proven to Foley he has a team capable of handling it.

"They just blocked it out of their mind kind of like I'm able to do," he said. "The difference is I've had 42 years of experience. They've accepted this responsibility. It's a huge challenge, and I think they look forward to it each day now." 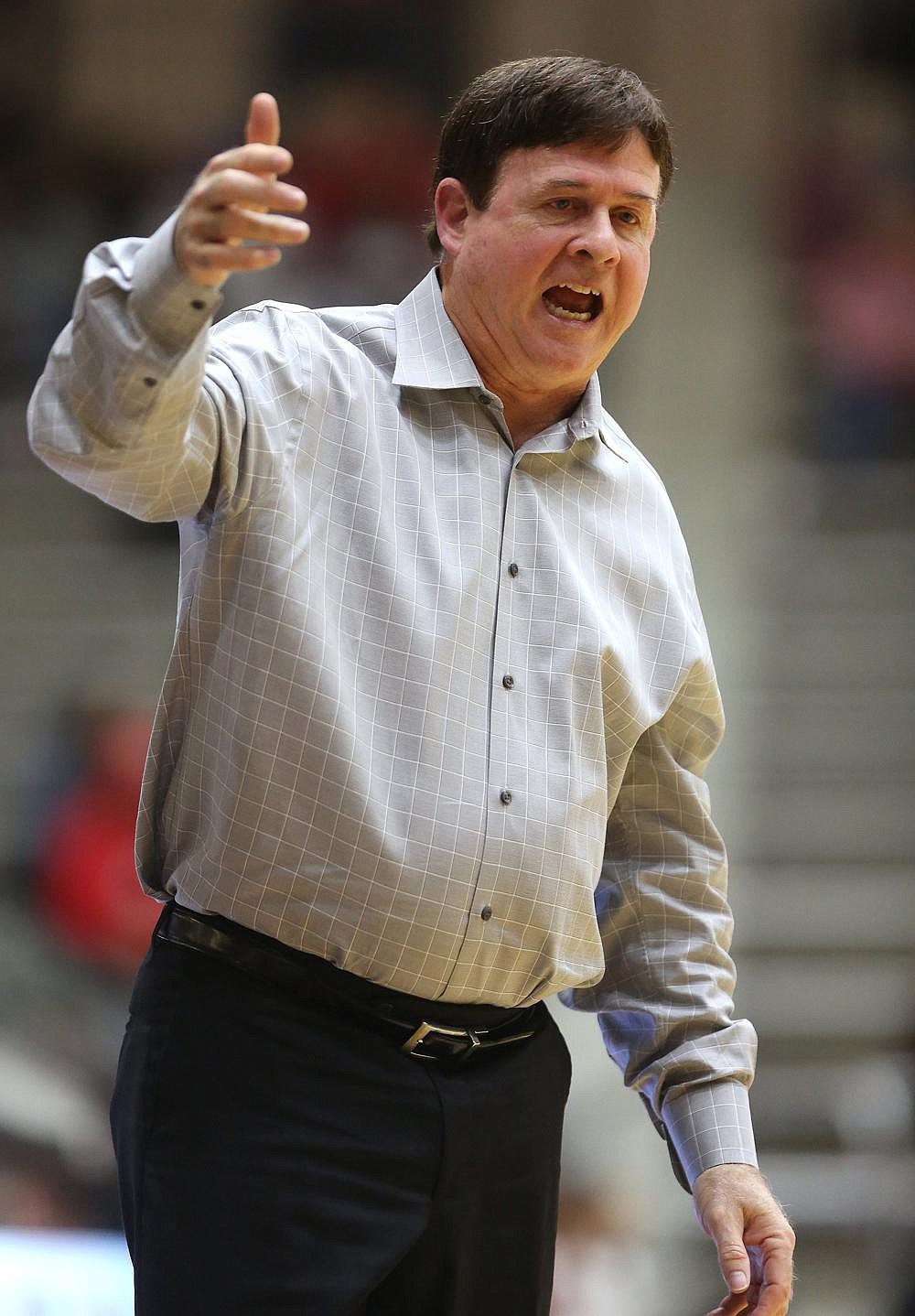