Hard to believe it was just a year ago that 36 of us were in Costa Rica. 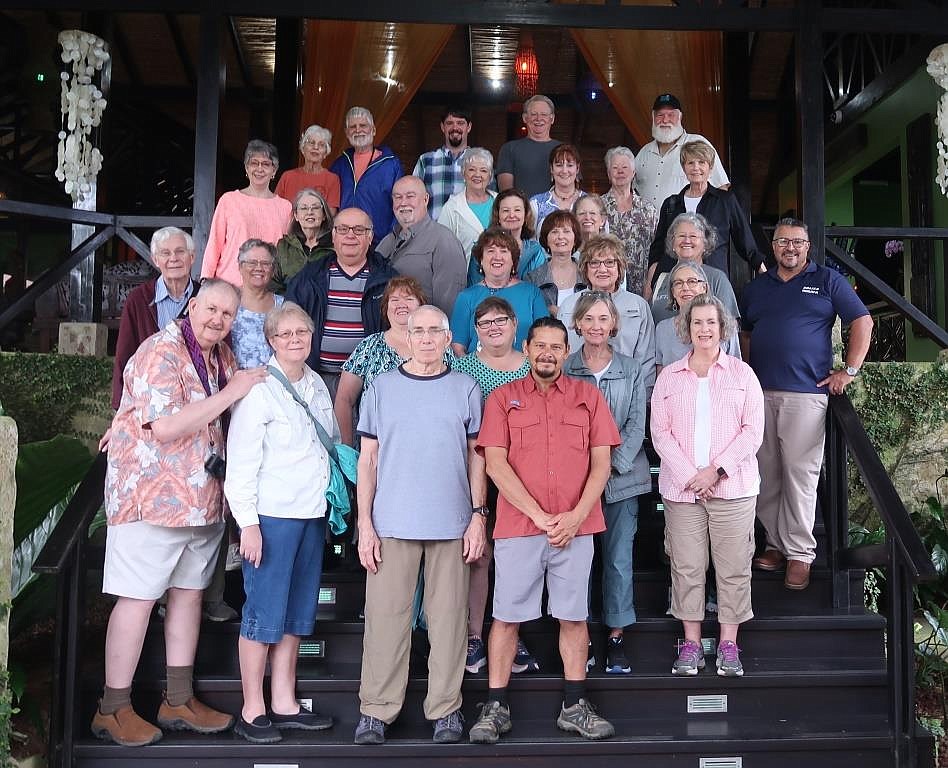 I am glad it was last year, as I don't think we would have made it out this year. I had a great time reliving the trip doing the mystery plant challenge. I stumped even Ann this week! 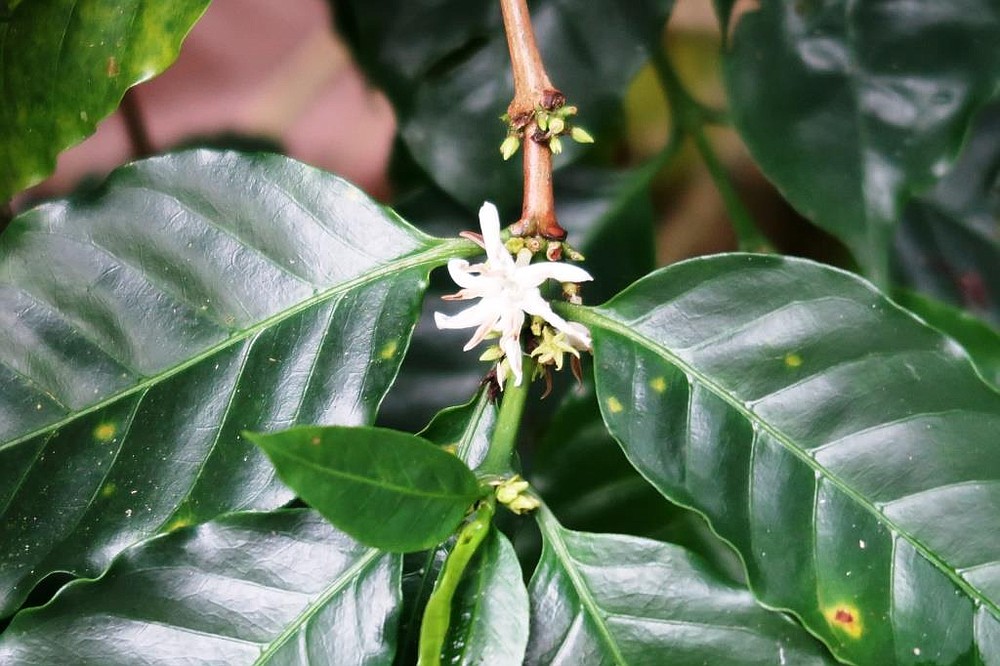 Coffee Coffea arabica is of major importance in Costa Rica. It is their oldest agricultural product and they have been exporting it since the 1790’s. Coffee, bananas and sugar are their most important cash crops. Each time I have been to Costa Rica we have toured coffee plantations 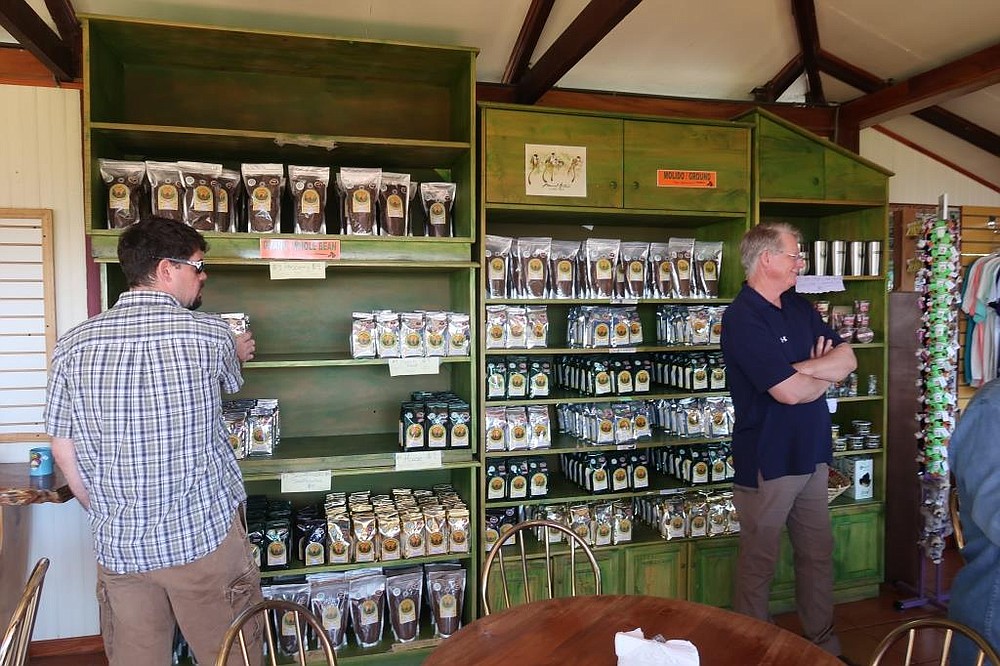 and I have always brought coffee home with me. Coffee plants are quite attractive, with white flowers in the spring, followed by red fruits in the late summer/fall. 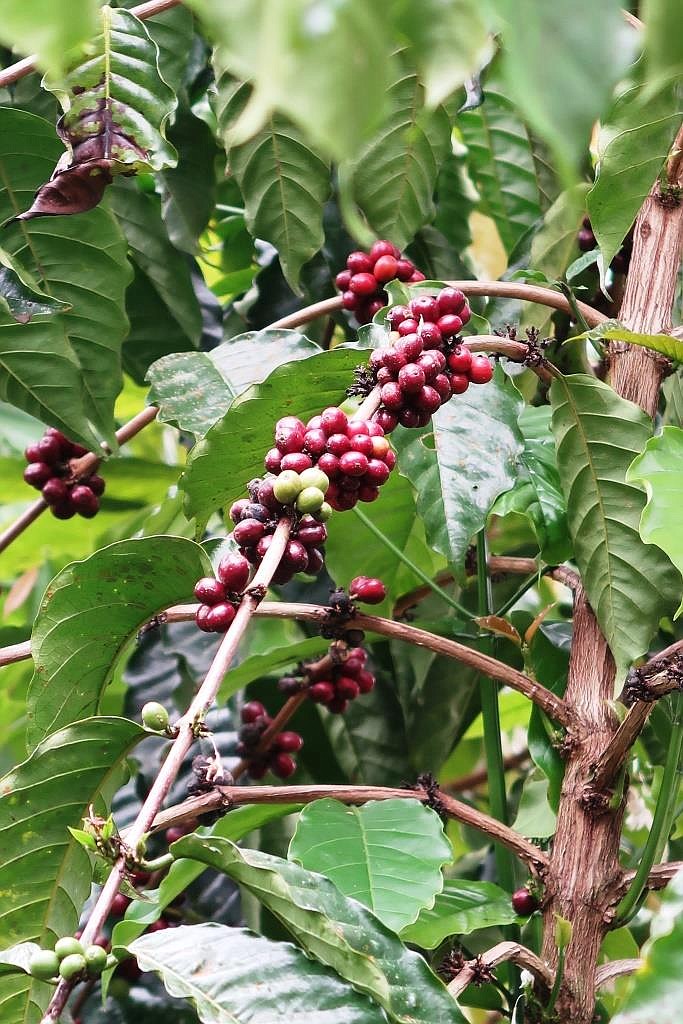 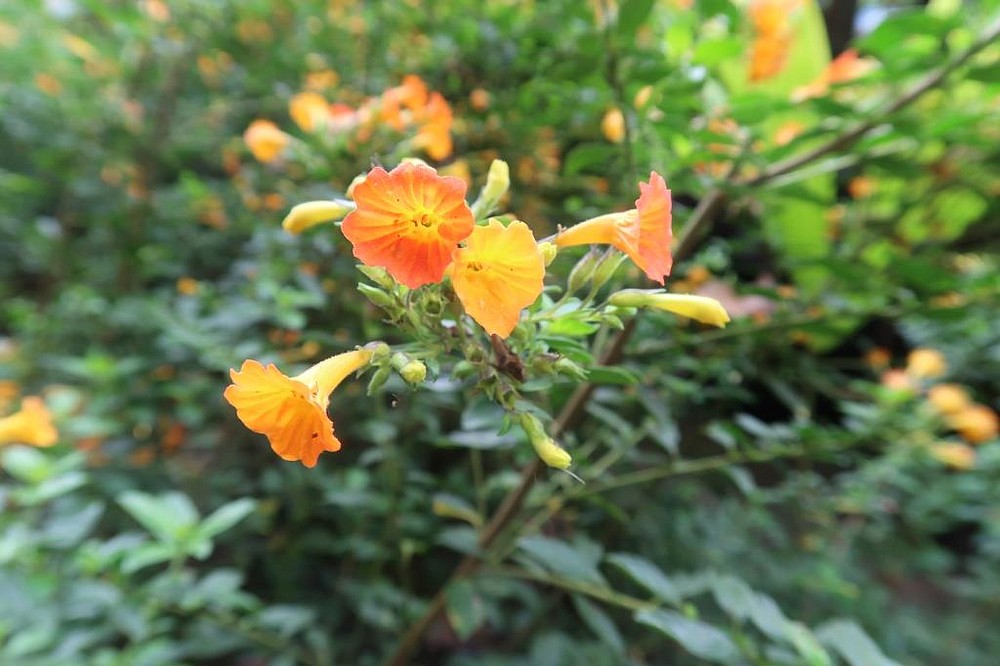 is an evergreen rambling, shrub that without support will grow 4-6 feet tall and wide. 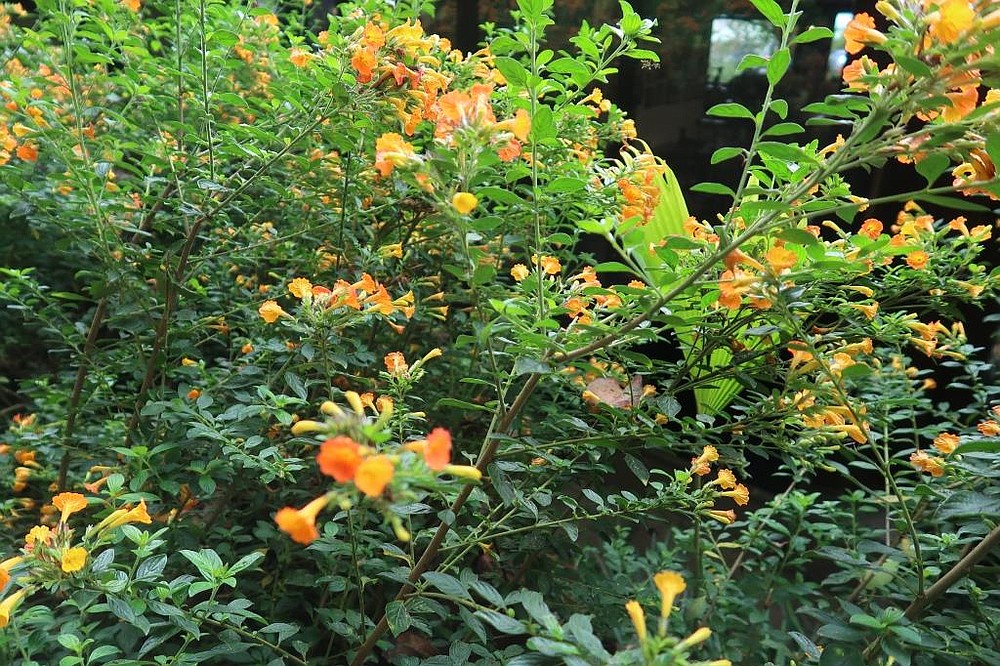 If you give it support it can reach 15 feet. It has oval-shaped 1-inch-long leaves with a wrinkled appearance that densely cover the branches and a beautiful display of orange, bell-shaped flowers at the terminal ends of the branches from spring to fall. The flowers emerge a yellow orange and age to deep orange red which gives the plant the multicolored look that reminds you of Marmalade. 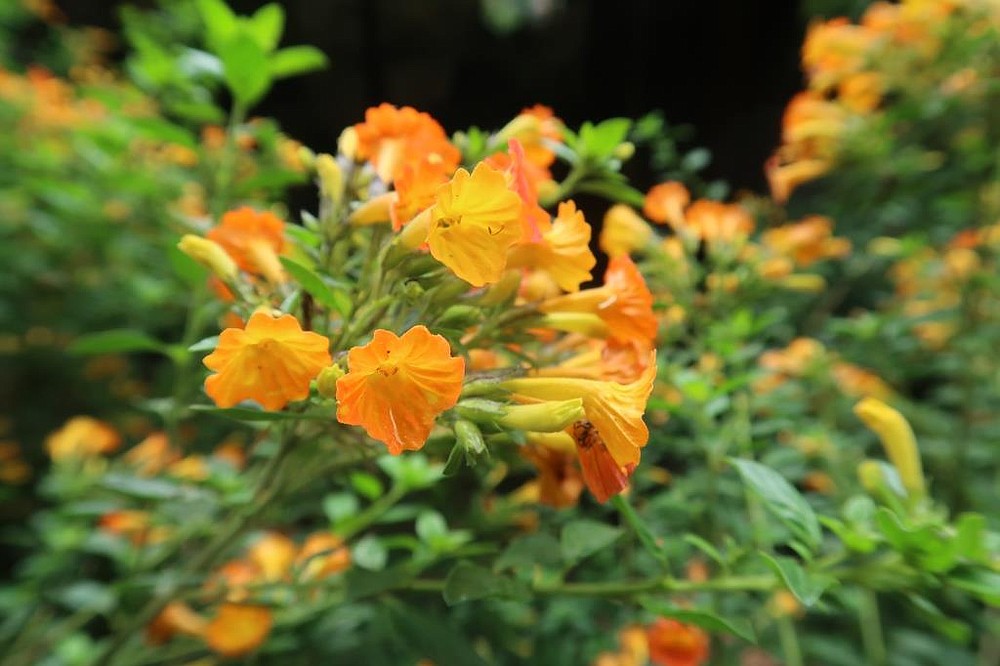 They grow best in full sun or part shade with regular watering. Only hardy to around 30°, so would need to be moved indoors in the winter in Arkansas. They are native to Ecuador and Peru. 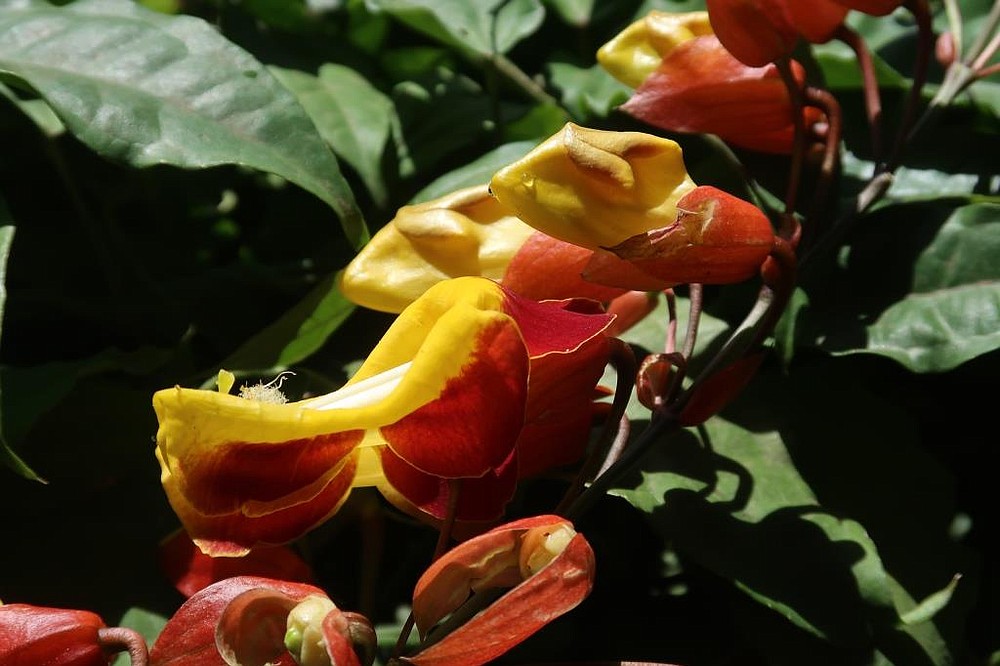 is one of 18 species of thunbergias. It is related to our annual black-eyed Susan vine or clock vine with yellow or orange flowers. 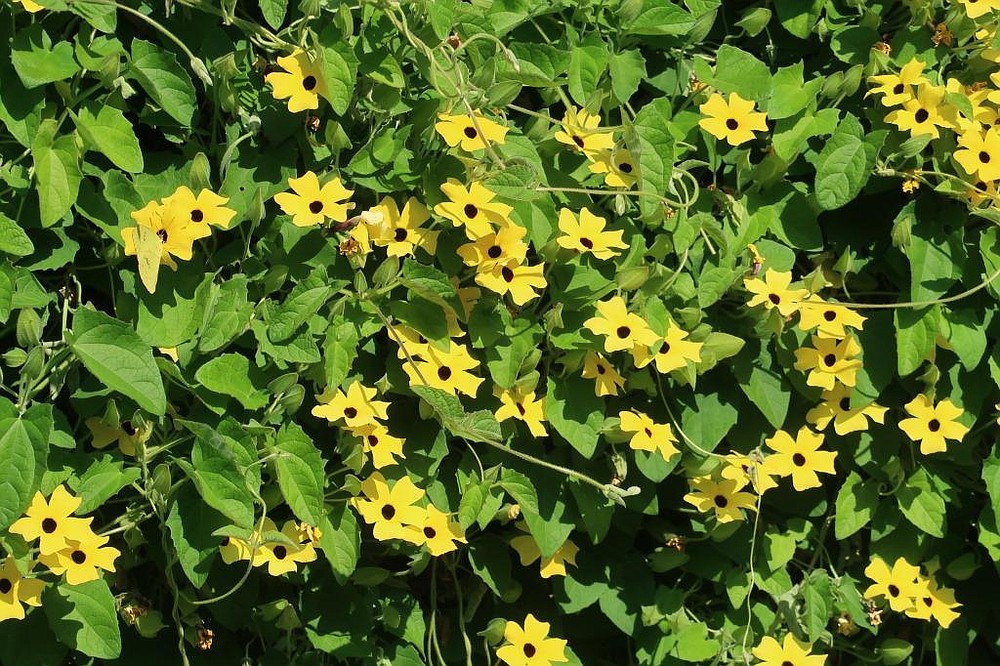 The flowers on this thunbergia have a very unique shape which gives it another common name - Lady's slipper vine. 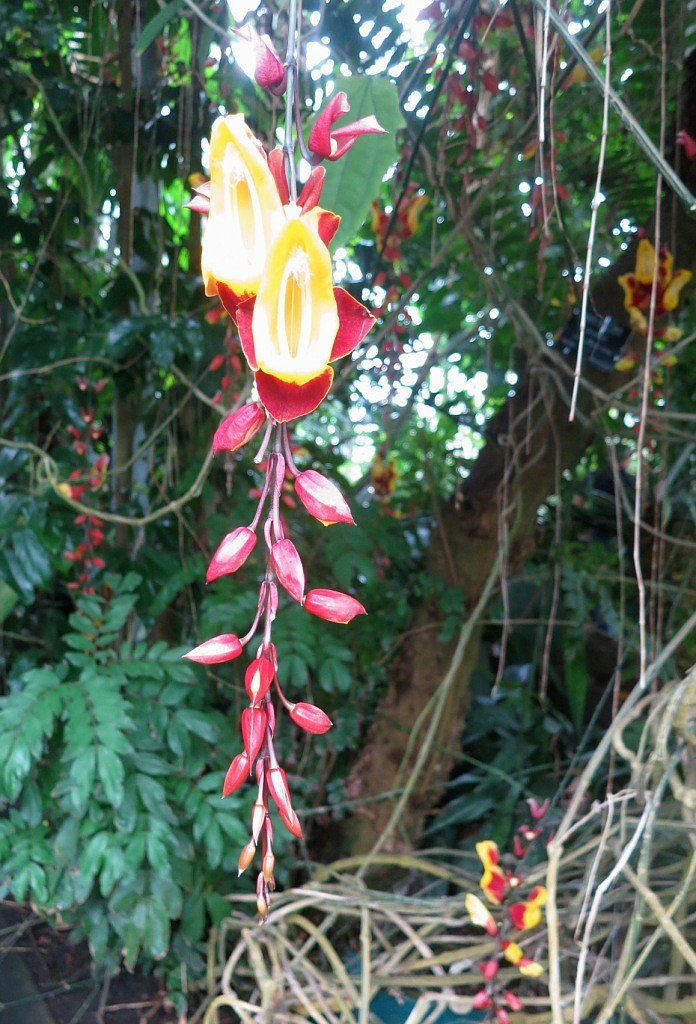 Where it grows, it is a favorite of hummingbirds and it blooms from spring through fall. Native to southern India, it would be an annual or tropical vine for us. 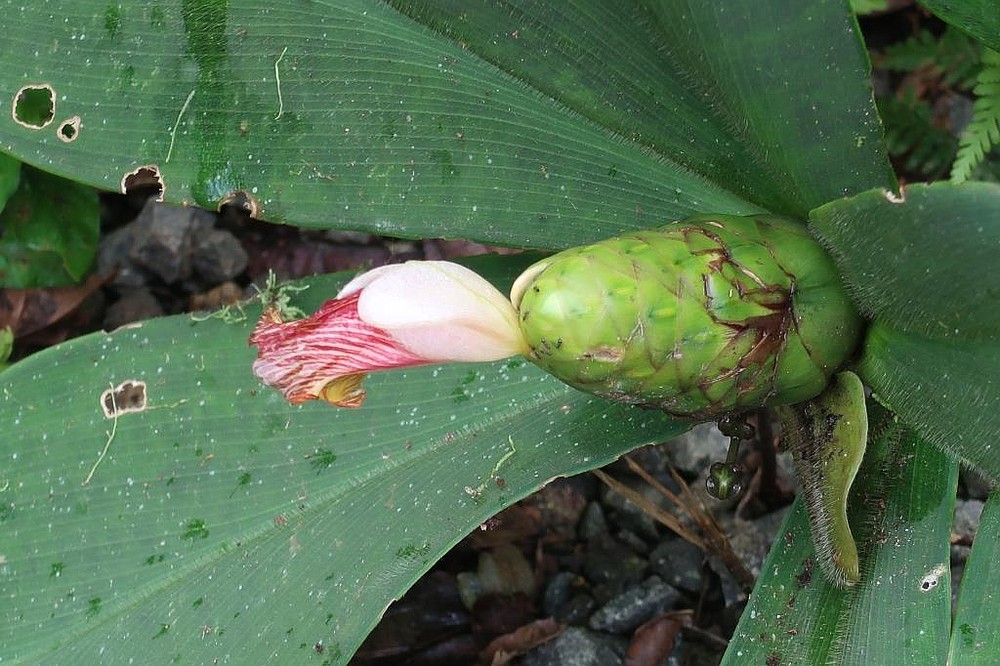 There is quite a bit of confusion as to its true Latin name– Cheilocostus speciosus or Costus speciosus, or Hellenia speciosus. They used to be in the ginger family, and while still related to ginger, they were moved into their own family. I think it is much easier to remember the common name. They get the common name crepe ginger for the crepe paper like flowers. 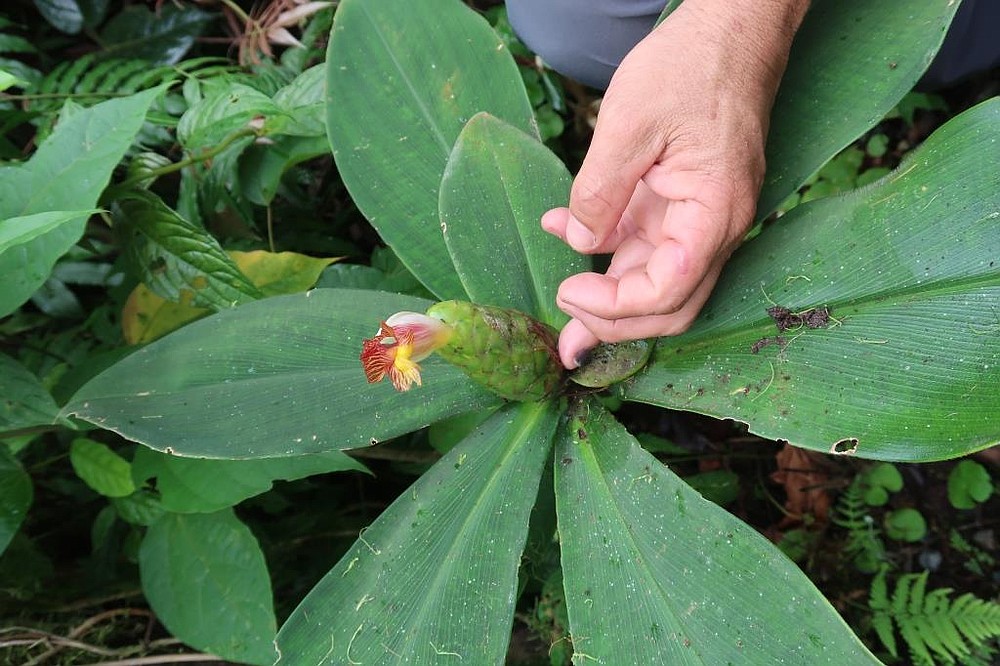 They are supposedly hardy to zone 8, so we might try them in southern Arkansas as an outdoor plant, or in containers where they could be moved indoors. They do best with morning sun and afternoon shade or filtered sunlight. I found some for sale online in Louisiana. Height can vary by species, but the one I found available gets up to 6 feet tall and blooms in the summer until frost. After the bloom fades the red cone persists. 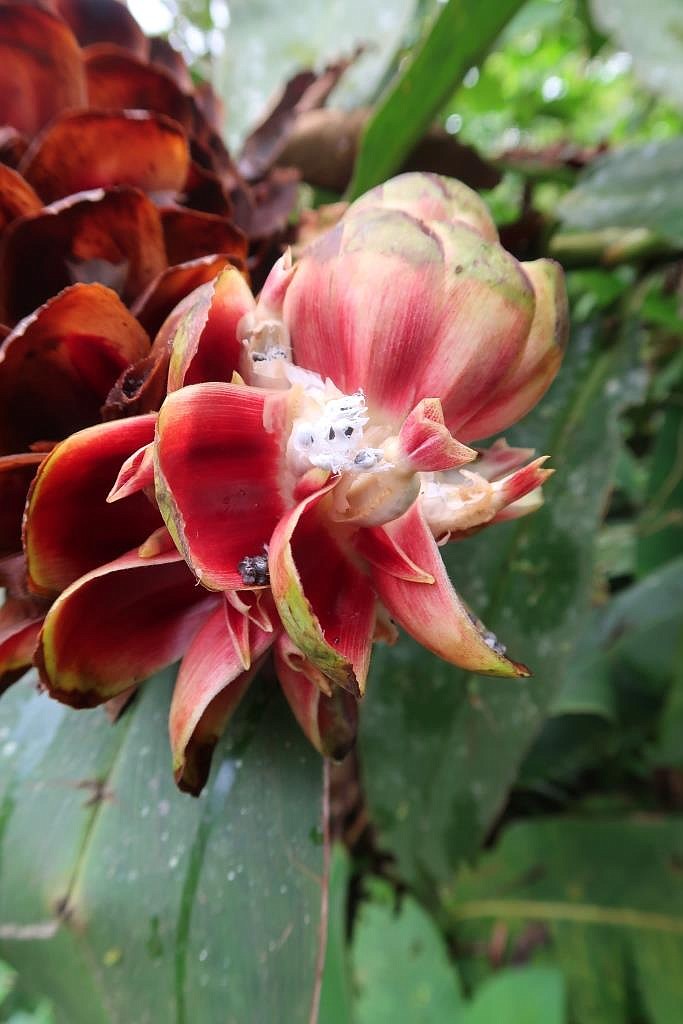 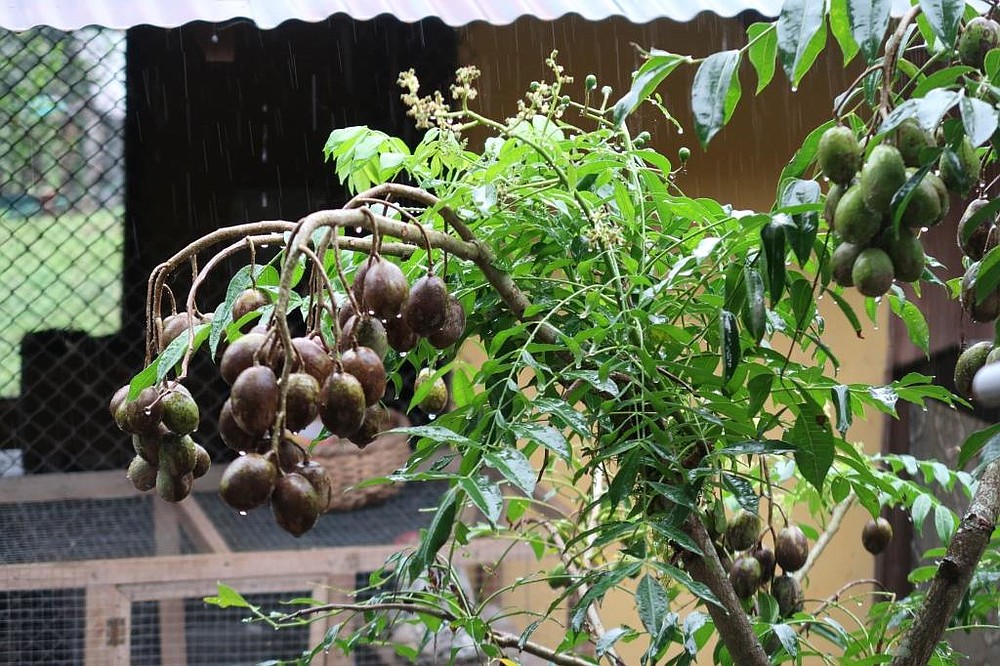 In Costa Rica it is called Yuplon. Maguil says the fruit is very popular and is eaten sprinkled with salt before it turns totally ripe. It is much like a green mango. This picture was taken at the private home of the family where we had a local meal. I did find it for sale at Top Tropicals in Florida While it would not be winter hardy, it could be grown in a container. The tree supposedly bears fruit at a young age. The June plum is used in both sweet and savory dishes depending on the fruit’s ripeness 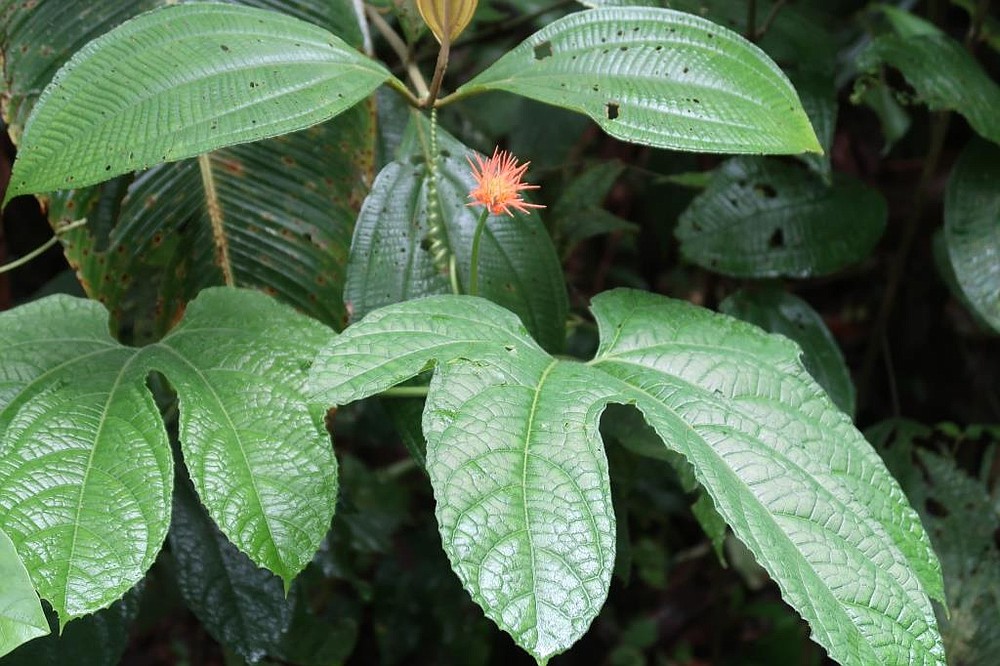 This is an evergreen tropical vine, native to Costa Rica, that blooms all year. It likes moist, shady sites. I found one website that listed the essential oil of this plant and said it helps shy and inward people develop self-confidence and the ability to express themselves. I am sure it has something to do with the orange blossom! 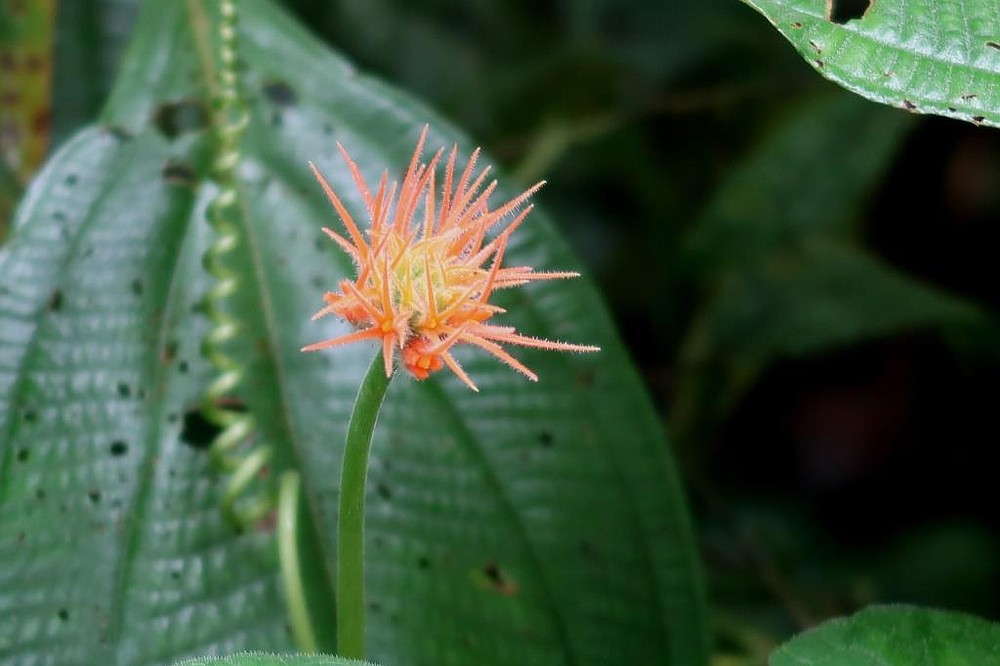 I found this website for Costa Rican native plants. https://www.pronativascr.org/