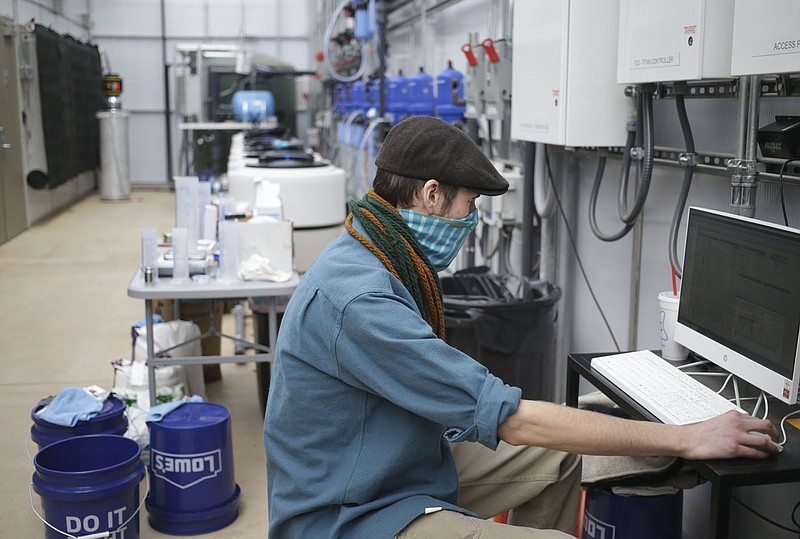 Facility Manager Jeff Severson uses a a computer that monitors and controls the conditions in and outside of a greenhouse, Friday, February 19, 2021 at the ReLeaf Center in Bentonville. Medical marijuana dispensaries in Northwest Arkansas are expanding and growing. The ReLeaf Center built a greenhouse where it plans to grow marijuana on site. Check out nwaonline.com/210220Daily/ for today's photo gallery. (NWA Democrat-Gazette/Charlie Kaijo)

The medical marijuana industry continues to grow as dispensaries expand in Northwest Arkansas.

The ReLeaf Center in Bentonville has sold more medical marijuana than any other in the state and is approved to start growing the drug, according to Scott Hardin, spokesman for the Arkansas Department of Finance and Administration. The agency oversees medical marijuana operations in the state.

Matt Shansky of ReLeaf said a greenhouse is being built outside next to the dispensary, and he anticipates it being fully operational by spring. ReLeaf will continue to buy marijuana from cultivators in the state because dispensaries that grow on site are limited to 50 mature plants.

A fifth dispensary, Natural Root Wellness, has obtained a license to operate in south Fayetteville. A representative of the dispensary didn't respond to a request for comment.

"We haven't received any official updates although we understand the dispensary continues to make progress," Hardin said. "When the dispensary is ready to open for business, an inspection will be requested by ownership."

Alcoholic Beverage Control Enforcement agents will inspect the facility to ensure all required security measures are in place, including making sure the dispensary's sales software links to the state's system.

Acanza recently became the first dispensary in the region to begin growing on site.

"We are cultivating and processing and expect to have our gummies available very soon," said Randi Hernandez of the business.

Medical marijuana can be processed into several forms such as traditional flower, oils or edibles.

Erik Danielson of The Source said he is in the process of obtaining a building permit to build a new dispensary and grow site off West Poplar Street in Rogers.

"We're ready to go. It's something we've been wanting to do for a while," Danielson said.

The building will be two stories and approximately 20,000 square feet, Danielson said. The business will move all of its operations to the new building. The Source has 26 employees and will add an undetermined number of new staff members when it expands.

Medical marijuana has a 10.5% state sales tax rate, which means sales have generated approximately $25 million in tax revenue. The sales tax includes the regular 6.5% state sales tax rate and 4% privilege tax established by the Arkansas General Assembly. Revenue from the 6.5% goes to state agencies, including those that oversee the medical marijuana program. Revenue from the 4% privilege tax goes to the University of Arkansas, specifically for the establishment of a National Cancer Institute. 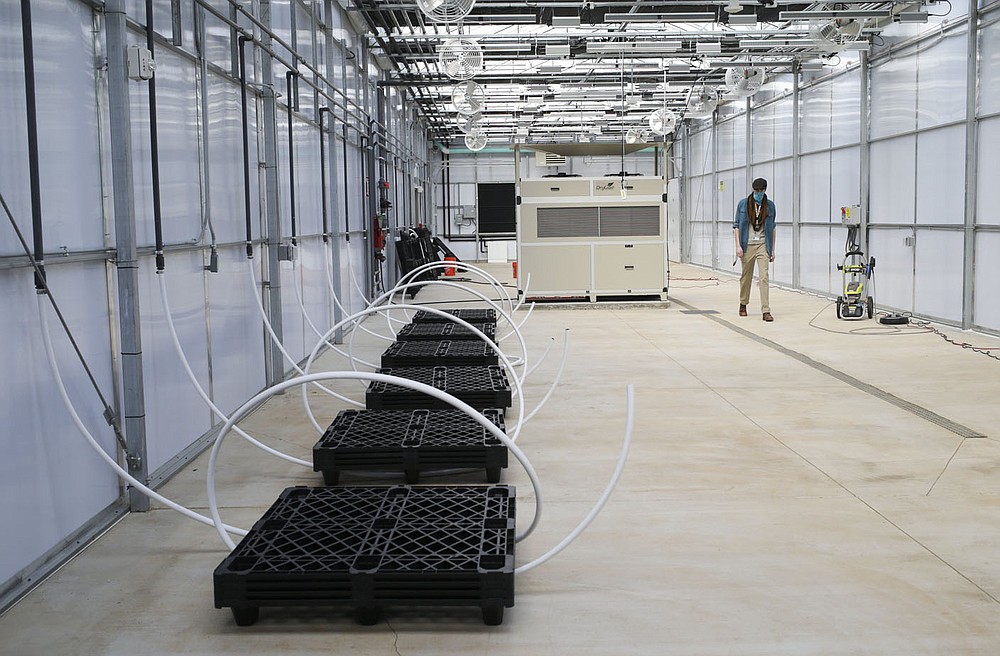 Facility Manager Jeff Severson walks through a flower bay room used to process marijuana plants, Friday, February 19, 2021 inside of a greenhouse at the ReLeaf Center in Bentonville. Medical marijuana dispensaries in Northwest Arkansas are expanding and growing. The ReLeaf Center built a greenhouse where it plans to grow marijuana on site. Check out nwaonline.com/210220Daily/ for today's photo gallery. (NWA Democrat-Gazette/Charlie Kaijo) 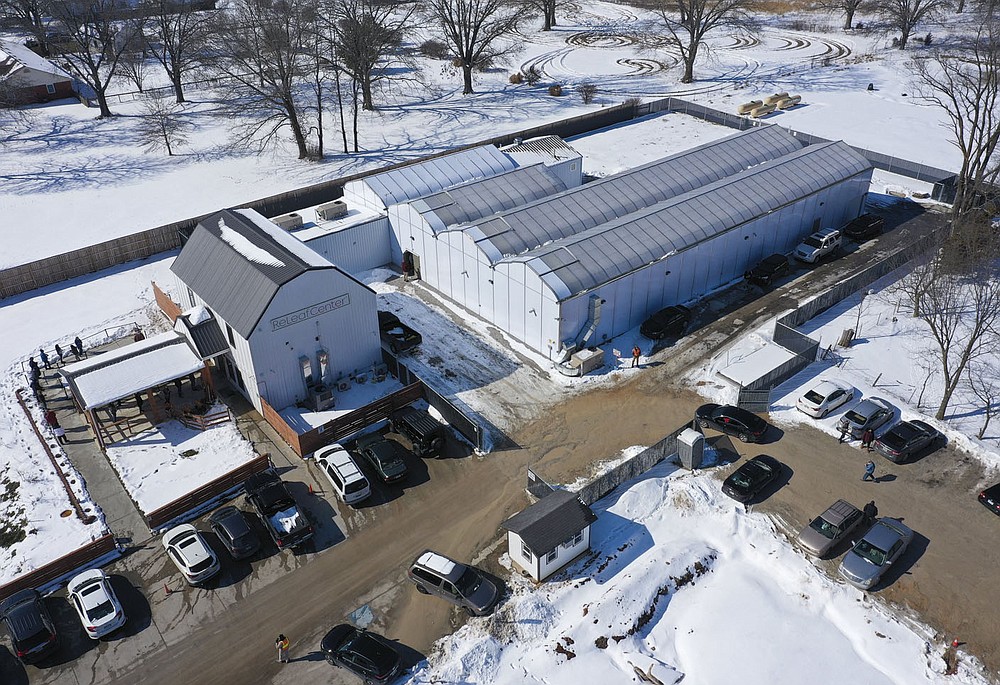 A greenhouse (right) is shown, Friday, February 19, 2021 at the ReLeaf Center in Bentonville. Medical marijuana dispensaries in Northwest Arkansas are expanding and growing. The ReLeaf Center built a greenhouse where it plans to grow marijuana on site. Check out nwaonline.com/210220Daily/ for today's photo gallery. (NWA Democrat-Gazette/Charlie Kaijo)
More News