School is virtual for lack of water 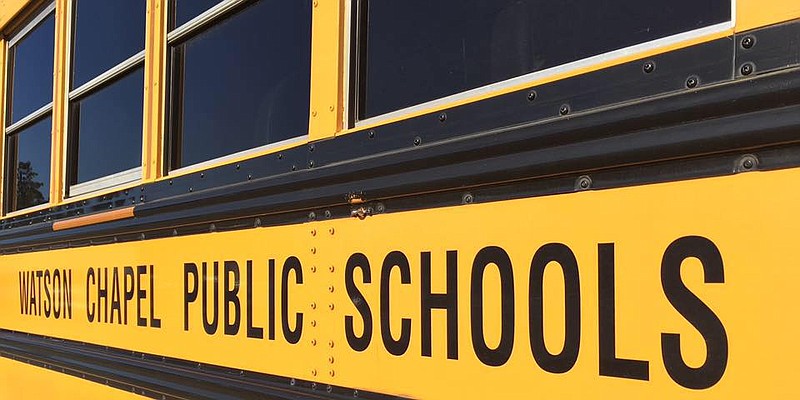 A Watson Chapel School District bus is shown in this undated photo.

The water pressure crisis in Pine Bluff has extended to local school districts.

Students utilized virtual learning in all four school districts Monday as many roads were just clearing up from two snowstorms and a week of sub-freezing temperatures. A lack of water pressure because of leaks and line breaks amid the weather has forced school leaders to have teachers and students remain in the virtual format.

The Pine Bluff School District is among three local districts opting to keep virtual classes going today. Assistant Superintendent Jonathan Crossley on Monday cited the water pressure as the main reason, but said road conditions were a factor as well.

Temperatures reached 56 degrees by noon Monday as main roads across Pine Bluff became clearer. The city did not exceed 32 degrees from Feb. 11-19 and had a record low of zero degrees the night of Feb. 15, beating the 1905 mark by 16 degrees.

Crossley said normal water pressure will be necessary to avoid any health risks to students.

Low water pressure led to a lack of heating and sanitation issues at Jefferson Regional Medical Center, the University of Arkansas at Pine Bluff and multiple businesses. The problems started Thursday evening and have yet to be fixed.

Liberty Utilities officials said they have prioritized the needs of the hospital and university in restoring water pressure by fixing the system's line break and leaks.

Watson Chapel schools Superintendent Jerry Guess said Monday that teachers and students will continue with virtual learning, while all other certified and classified staff members will report to their school buildings.

Guess said those who report to campus will need to bring their own water bottles.

"The mayor [Shirley Washington] and her staff are working tirelessly to resolve the problem, but we don't have enough water pressure to operate," Guess said. "You have to be able to operate hot water to run your kitchen, and we don't have enough water pressure, and then there's the issue of drinking water and flushing the commodes. We will reassess the situation every day, but unfortunately right now there is no other choice."

The Dollarway School District will continue with virtual learning today. The district on Twitter cited "ongoing conditions caused by inclement weather," but did not specify.