Minimum-wage provision remains high hurdle in the Senate by Compiled by Democrat-Gazette Staff From Wire Reports | February 23, 2021 at 4:00 a.m. 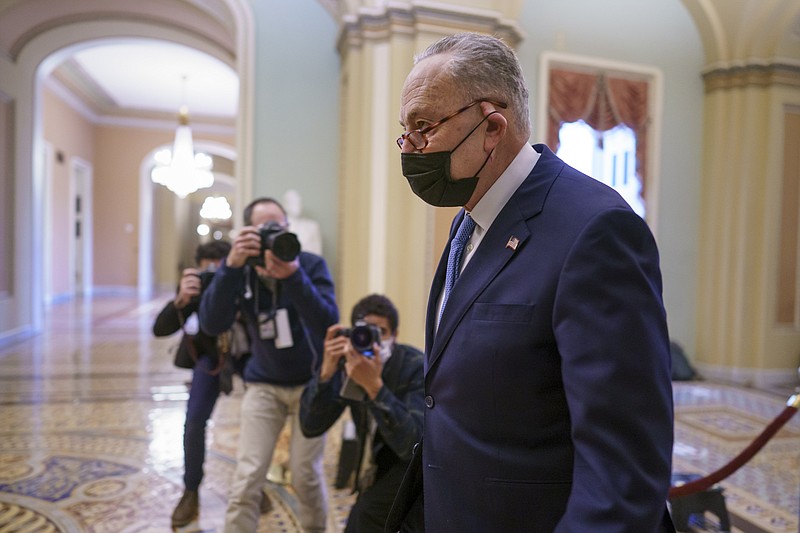 WASHINGTON -- Democrats begin the final push for President Joe Biden's $1.9 trillion stimulus bill this week, dropping any pretense of bipartisanship to quickly pass the package before an earlier round of benefits runs out.

Democrats' thin 10-vote House majority leaves little room for defections in the face of solid Republican opposition, and they have none in a 50-50 Senate they control only with Vice President Kamala Harris' tiebreaking vote. Internal Democratic disputes remain over raising the minimum wage, how much aid to funnel to struggling state and local governments and whether to extend emergency unemployment benefits another month.

Yet with the House Budget Committee advancing the 591-page package Monday, Democrats across the party's spectrum show little indication they're willing to embarrass Biden with a high-profile defeat a month into his presidency.

[Video not showing up above? Click here to watch » https://www.youtube.com/watch?v=l5MOcsJP3Kw]

Such a setback would deal an early blow to Biden's agenda. It could also wound congressional Democrats overall by risking repercussions in the 2022 elections if they fail to unite effectively against issues like the pandemic and the frozen economy.

The issue that's provoked the deepest divisions is a progressive-led drive to boost the federal minimum wage to $15 hourly over five years. The current $7.25 minimum took effect in 2009.

"It was the No. 1 priority for progressives," Rep. Pramila Jayapal, D-Wash., chair of the Congressional Progressive Caucus, said in an interview last week. "This is something we've run on and something we've promised to the American people."

Additionally, the Senate parliamentarian is expected to rule soon on whether the minimum wage provision must be stripped from the bill. Under the expedited procedures Democrats are using, items that aren't principally budget-related can't be included, and it's unclear if Democrats would have the votes to overturn such a decision.

"Every Democrat understands that at this moment in history, this unprecedented moment of pain and suffering for working families, it is absolutely imperative we support the president, that we do what the American people want and we pass that package," he said in an interview.

The House Budget Committee advanced the bill Monday by a near-party-line 19-16 vote, setting up House passage at perhaps week's end. Rep. Lloyd Doggett, D-Texas, voted no, but an aide said he misunderstood the vote after disembarking from a plane and supports the measure.

Most Republicans are expected to oppose the bill, with House Minority Whip Steve Scalise. R-La., telling his conference to vote against it.

Republicans said the measure's higher minimum wage and increased unemployment benefits would cost jobs or discourage people from seeking work, and said much of the spending was wasteful.

"This is the wrong plan for America's working class," said Rep. Jason Smith, R-Mo., the budget panel's top Republican. Across the Capitol, Senate Minority Leader Mitch McConnell, R-Ky., said Democrats were pushing "Band-Aid policies like they're planning for another year of stagnation, instead of trying to set up success."

Biden initially sought some GOP support for his stimulus proposal, which includes $1,400 checks for individuals making less than $75,000, resources for vaccine distribution, funds for schools to reopen, and $400 per week in supplemental unemployment insurance. But Republicans say the plan is too expensive, coming after last year's $2 trillion and $900 billion virus-relief packages enacted in March and December.

Biden on Friday called on Congress to pass his plan during a tour of a Michigan Pfizer plant that's producing the coronavirus vaccine. He called on Republicans in Congress to listen to their constituents and vote for the bill, citing polls saying a majority of Americans support the measure.

Information for this article was contributed by Alan Fram of The Associated Press; and by Erik Wasson and Laura Davison of Bloomberg News (WPNS). 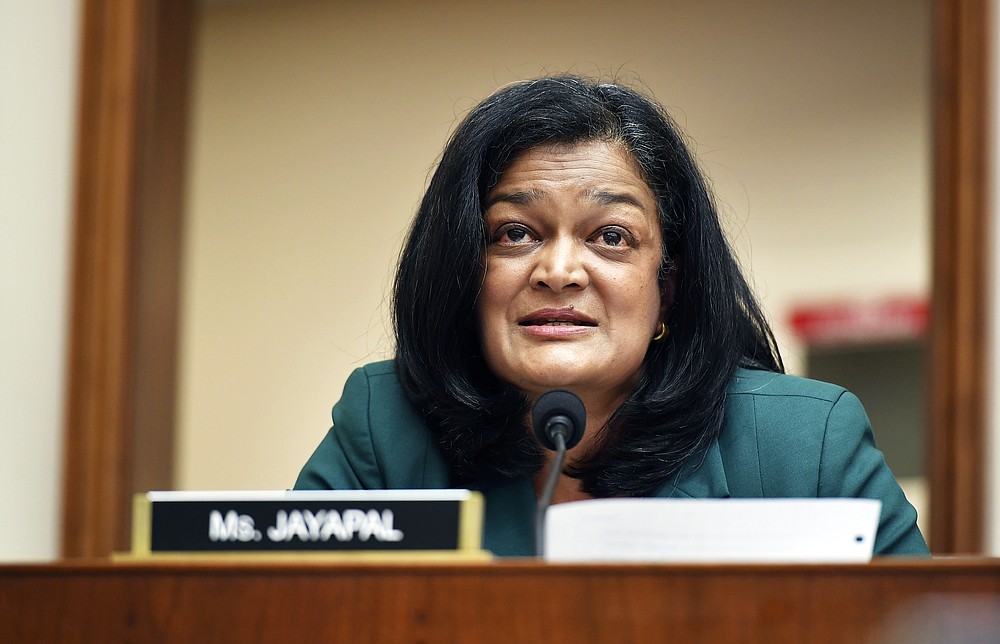 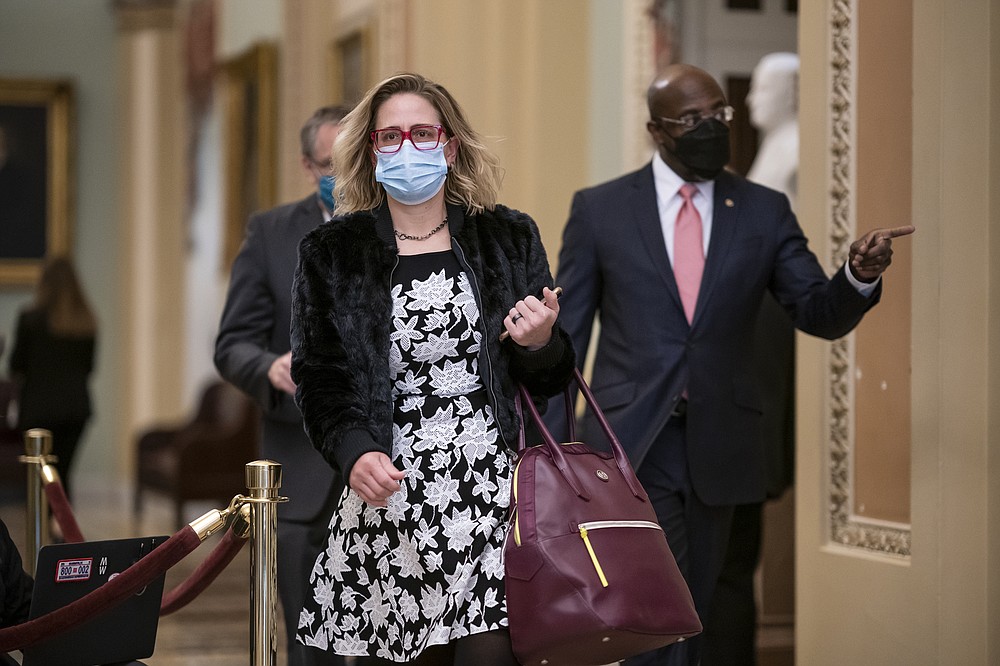