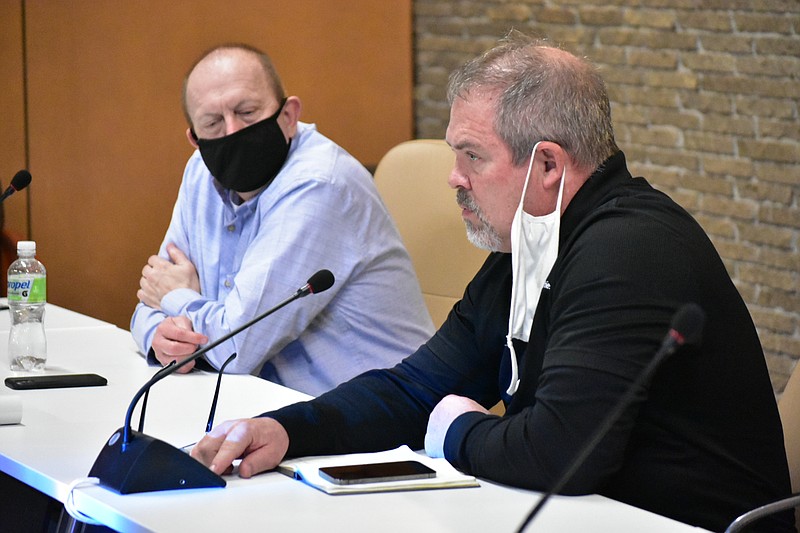 The Arkansas Public Service Commission and the state attorney general's office announced on Tuesday investigations into Liberty Utilities' preparedness for and reaction to a loss in water pressure that has paralyzed much of Pine Bluff.

In its show-cause order aimed at Liberty, the Public Service Commission directed Liberty to file a public report no later than noon Thursday outlining the steps taken to provide "reasonable, safe, adequate, and sufficient service to its customers." The water line breaks have led to heating and sanitation issues across the city, forcing businesses, government offices, school districts and Jefferson Regional Medical Center to close or curtail operations.

Procedure for additional investigation if necessary will be spelled out in a future order, according to the commission. Liberty officials say they have yet to find a major waterline break of 8 or more inches, but they've found more than 110 smaller residential leaks.

In a separate action, Attorney General Leslie Rutledge's office also said it would get involved.

"My office has opened an investigation into the preparation and actions by Liberty Utilities which ultimately resulted in a catastrophic failure to protect its customers in Pine Bluff, and to determine whether the company should have done more to protect Jefferson Regional Medical Center, University of Arkansas at Pine Bluff, residents and essential businesses," said Rutledge, who is running for governor in 2022. "I applaud the Public Service Commission's decision to also open an investigation into the failure by Liberty Utilities to restore water service to Pine Bluff residents in a reasonable and timely manner."

Asked for a response to the announcements, Liberty spokesperson Kelli Price said: "We will fully cooperate with that investigation. ... It is an open investigation, and we really can't speak beyond that."

A lack of heating from low water pressure last week forced Jefferson Regional to reduce some services, and campus residents at the University of Arkansas at Pine Bluff had to be moved to hotels in Little Rock. Jefferson Regional facilities director Danny Holcomb said Tuesday that water is now coming into the hospital at 42 psi.

The hospital had been getting around 24 psi, and officials said 50 psi is needed.

This is not be the first time Rutledge has been involved in an investigation against Liberty. In 2019, she asked the Public Service Commission to investigate Liberty as an unregulated water and wastewater utility service in White Hall. Liberty is now regulated in both White Hall and Pine Bluff.

County Judge Gerald Robinson said the new investigations are about more than just Rutledge and the Public Service Commission looking into the ongoing water issues.

"There may be some other extenuating circumstances as to why they are opening this, and this may have capped it off, but I do think there should be some due diligence into looking into these matters, so I am in agreement with that, not at an instance where it may damage or beat up on Liberty Utilities," he said. "The Public Service Commission, they regulate these things. If [Liberty has] been at fault for some things that should have been done -- if I do something wrong, I have to suffer from my wrongdoing -- so it's just the same with them. Sometimes when these investigations happen, it's not to hurt but to help you get better at what you should be doing. I hope whatever the outcome is and for whatever reason it is, it comes out to make the citizens happier and have better service." 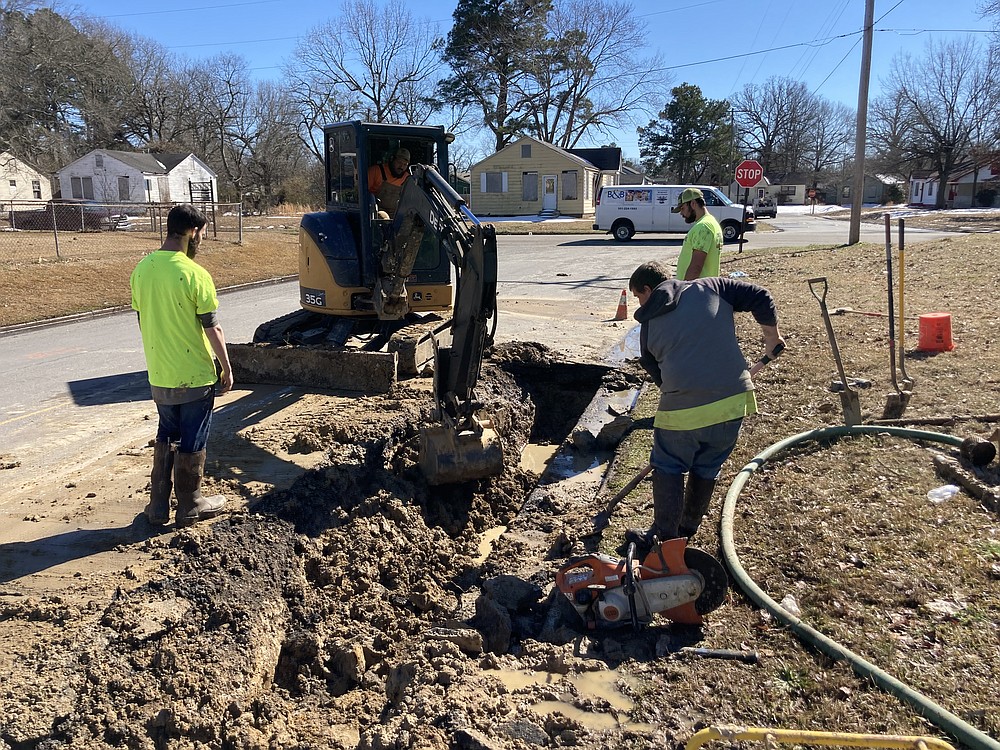 The Arkansas Public Service Commission and the state Attorney General's office announced on Tuesday they are getting involved in Liberty Utilities' management of the Pine Bluff water system. Here, plumbing contractors working for Liberty fix one of the many leaks the company has found. (Pine Bluff Commercial/Byron Tate)
ADVERTISEMENT