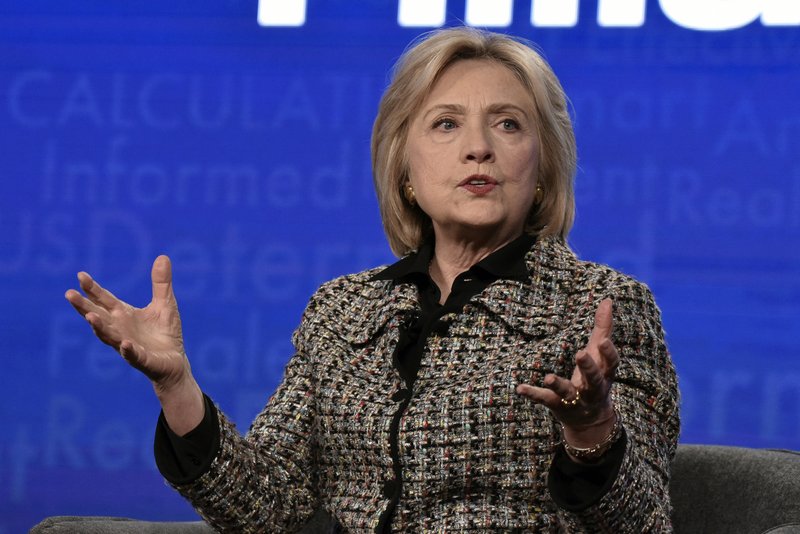 • One of the world's better known fans of mystery novels, Hillary Rodham Clinton, is now writing one. Clinton is teaming up with her friend, the novelist Louise Penny, on "State of Terror," which has a plot that might occur to someone of Clinton's background: A "novice" secretary of state, working in the administration of a rival politician, tries to solve a wave of terrorist attacks. The novel comes out Oct. 12, and will be jointly released by Clinton's publisher, Simon & Schuster, and Penny's, St. Martin's Press. "Writing a thriller with Louise is a dream come true," Clinton, who has expressed admiration for Penny and other mystery writers in the past, said in a statement Tuesday. "I've relished every one of her books and their characters as well as her friendship. Now we're joining our experiences to explore the complex world of high stakes diplomacy and treachery. All is not as it first appears." Penny, an award-winning author from Canada whose novels include "The Cruelest Month" and "The Brutal Telling," said in a statement that she could not "say yes fast enough" to the chance of working with Clinton. "What an incredible experience, to get inside the State Department. Inside the White House. Inside the mind of the Secretary of State as high stake crises explode," she said. "Before we started, we talked about her time as Secretary of State. What was her worst nightmare? 'State of Terror' is the answer."

• Bobby Shmurda, a once up-and-coming rapper thanks to a hit music video that popularized the "Shmoney dance," was paroled on Tuesday after spending more than four years behind bars for a drug gang conviction. Authorities confirmed that Shmurda, 26, of Brooklyn, was released from a New York prison amid speculation about whether he would attempt a music industry comeback. Shmurda, whose birth name is Ackquille Pollard, was best known for "Hot Boy," a gritty song with rhymes about gunplay. Authorities arrested Shmurda in late 2014 after he left a recording studio near Radio City Music Hall. Investigators found two handguns and a small amount of crack cocaine in a car in which he was riding, authorities said. An indictment charged Shmurda and more than 15 defendants with a variety of crimes including murder, attempted murder, assault and drug dealing. Shmurda was sentenced to seven years in prison in 2016, but was eligible for early release based on time he had served before pleading guilty and for good behavior in prison.