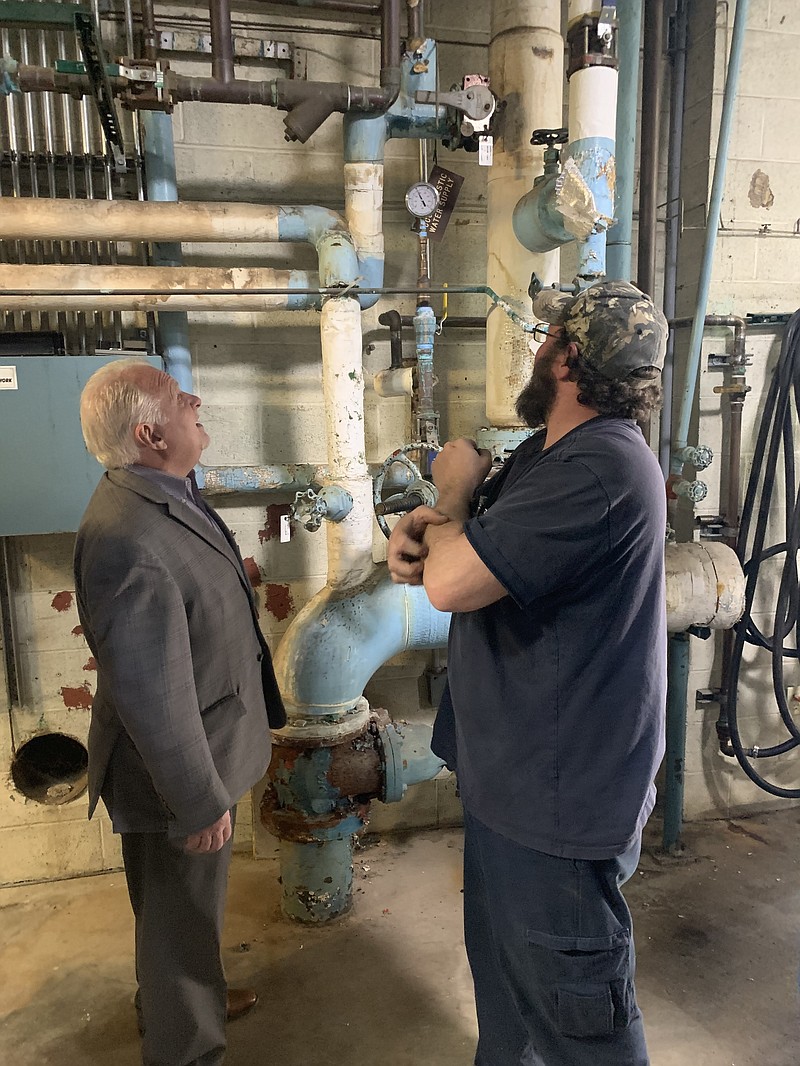 After two days of not being able to take patients, Jefferson Regional Medical Center is beginning its return to full operations.

Because of the ongoing problem with water pressure, the hospital on Saturday was unable to accept patients. If someone came to the emergency room, they were assessed, treated and stabilized. After that, the person was either released or, if they needed further care, they were transported to another hospital.

But on Tuesday, the water pressure perked up a bit, from being in the 24 psi range to 42 psi -- just short of the 50 psi the hospital would like -- allowing a return to something more akin to normalcy.

"No, we're not out of the woods," said Wendy Talbot, chief experience officer at Jefferson Regional. "But 42 lets us get back to accepting and taking care of patients and flushing toilets, which is a good thing. We can admit patients who come through ER, and we are scheduling surgery for [today]."

The city's water provider, Liberty Utilities, has been struggling since Thursday to fix water system leaks that were, according to Liberty, brought on by the cold temperatures last week that caused pipes to burst.

The result of the water problems has been significant, with businesses, governmental offices and medical facilities unable to open or operate in a normal fashion. While no boil order has been put into place, Liberty said early on that a further erosion in the pressure of its lines could lead to one. In the past few days, Liberty officials have said they are attempting to adjust their distribution system in such a way as to help the hospital get back on line.

The situation in which the community's hospital was unable to accept patients was a blow to the staff and the city, Talbot said, and the turnaround is a relief.

"We feel like a weight has been lifted off our shoulders," she said. "If you can't accept patients and care for them, you can't sleep at night."

The outward evidence that there were problems was the presence of tanker trucks or tanker fire trucks at the back of the hospital and a line-up of portable toilets at the hospital's front doors.

Both of those will stay for the next few days, Talbot said. The water trucks provide water to the laundry equipment and the dialysis machines, both of which are water-intensive operations.

Talbot said that until the water service is back to normal, officials thought it prudent to keep the water trucks in use, which allows all of the water the hospital is getting to go to patient care and use.

The same is true for the outside portable toilets, which will be used by the staff in order to limit any additional strain on the water system.

"We're keeping those in use for the next little bit," Talbot said. "Hopefully, we'll see those depart by the end of this week. Our first priority is our patients and their care."

On Thursday night, the hospital's facilities crew worked to get water from a tanker truck into the boiler system to allow the hospital to continue heating its buildings. Talbot said employees had worked tirelessly since then to keep as many processes going in the face of the water problem.

"I can't say enough about them," she said. "They have come together to keep us afloat and get us through this. Things are gradually improving."

On another positive note, Talbot said the hospital had only seven patients with covid-19, which "is the lowest we've seen in quite some time."

And she said the age for being approved to get a covid vaccine had been dropped to 65. To accommodate the additional patient traffic, another covid clinic will be scheduled for March 5, she said. Portable toilets had to be brought in at Jefferson Regional Medical Center when the city's water pressure dropped. The pressure improved Tuesday, and the toilets should be gone by the end of the week, officials said. (Pine Bluff Commercial/Byron Tate)
ADVERTISEMENT