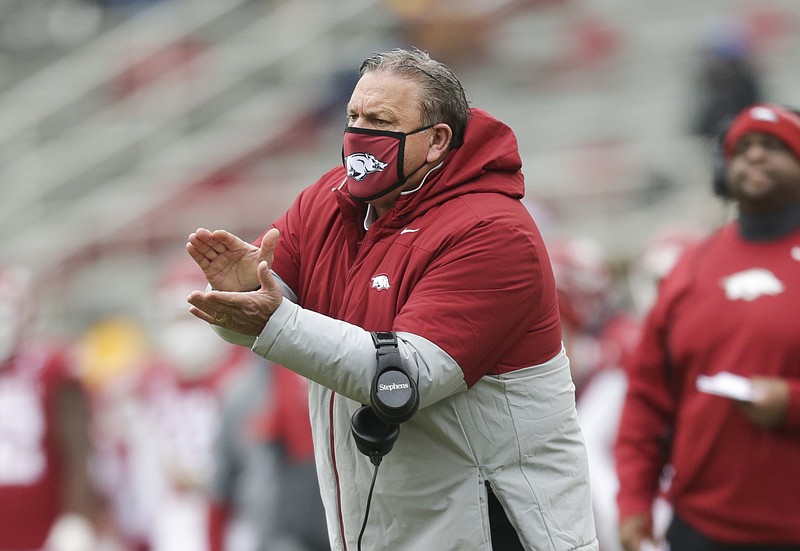 The Razorbacks’ annual spring finale in the Red-White game is scheduled for April 17.

It will be the first set of spring drills for second-year Coach Sam Pittman, who had been on the job three months last March when covid-19 began shutting down athletic competition and eventually wiped out spring football for the Razorbacks and all other colleges.

Arkansas is coming off a 3-7 season against a novel All-SEC schedule, featuring a road win at No. 16 Mississippi State, home wins against Ole Miss and Tennessee, a would-be victory at No. 13 Auburn that was bungled by the officials, and two other games that were decided by three points or less against LSU and Missouri.

The Razorbacks are scheduled to open the 2021 season against former Southwest Conference rival Rice on Sept. 4 at Reynolds Razorback Stadium.