TELEVISION: Shahidi doesn't use her voice just to hear herself 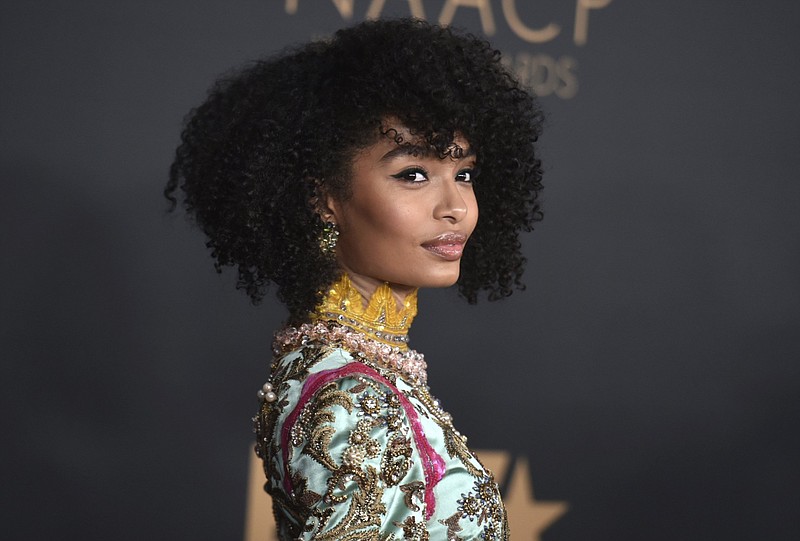 Yara Shahidi not only stars in the young adult dramedy “grown-ish,” but she also serves as an executive producer. The 21-year-old, who swaps out reading scripts for textbooks as a Harvard student, says she’s equally invested in what happens behind the camera. (Richard Shotwell/Invision/AP file)

NEW YORK — Yara Shahidi believes that all studio parking spaces should be created equal, so having to park a little farther back from set would be a small price to pay in the name of inclusivity.

"Actors are literally numbered, and as much as they say it's not in order of importance, they have a tendency to be," said the "grown-ish" star. "I forget what set it was, but your proximity to the set, like your parking spot, was based on your number ... The first thing that we said even before I was an [executive producer], but just the lead on the show, is that it's important to smash all hierarchy."

Abolishing old Hollywood norms is not a calculated objective for Shahidi, who also serves as an executive producer on the "black-ish" spinoff, but a byproduct of growing up in a millennial generation with inclusivity threaded into their world.

While "grown-ish" follows its collegiate characters as they navigate young adulthood, Shahidi wants the series to also serve as an incubator for the young, talented minds behind the show.

"What I love most about 'grown-ish' is really what happens behind the scenes — the introduction of new directors, of people from different spaces being able to use this as a launching pad for their own aspirations," said the 21-year-old. "I'm looking forward to what that ripple effect will be for all of the shows that will come from the brains that have worked behind this."

"Grown-ish" recently began airing the second half its third season on ABC. Filming wrapped at the end of 2019, before the coronavirus pandemic and social justice movement.

But Shahidi, who also juggles her time reading scripts with studying textbooks as a Harvard student, says the show still remains topical with its youth-led prison divestment storyline, and the constant ebb and flow of young people figuring out their lives.

The title of activist is often interchangeable with Shahidi's actor title. Last year, her We Vote Next nonpartisan organization was active in encouraging young people to vote, and it's often mentioned that Oprah Winfrey said she hopes to be alive to see Shahidi become president.

"I really have to put my ability to focus on my support network of incredible folks that have really helped me because I'd like to say that it is a walk in the park, even balancing school and work, but it takes a lot of people advocating for what I want," Shahidi said.

But despite her position as lead and executive producer, being young and a woman doesn't guarantee that her ideas are always taken seriously.

"We're still in conversation with — I don't know how many people — like, 'I don't know if you heard me the last time, but this point that I made wasn't just to hear myself talk. It's because it's important to me.'"

She's lending her voice to the forthcoming animated "Paw Patrol: The Movie" and will star as Tinker Bell in Disney's "Peter Pan & Wendy" film, as the company strives to make some of its classic stories, most portrayed by white characters, diverse in its live action remakes.

Shahidi is part of a swelling group of young Black women in Hollywood, including Zendaya and her "black-ish" TV sister, Marsai Martin, who are producing projects and starting productions companies to ensure authenticity within their stories.

"There are times in which we are absolutely misheard by the people around us. And I think that, layered with just being two Black women in this industry, that can have ripple effects. And so, it's been important in those times to be of a team and to be a part of this duo where we're OK sitting down to have those tough conversations," said Shahidi of her mother-daughter team.

"I think what's been especially freeing is that I know by no means do I represent in totality what it means to be a young Black woman, and it'd be unfair to present me as the representation of that. But through production, it is not limited to what characters can I or can I not play."