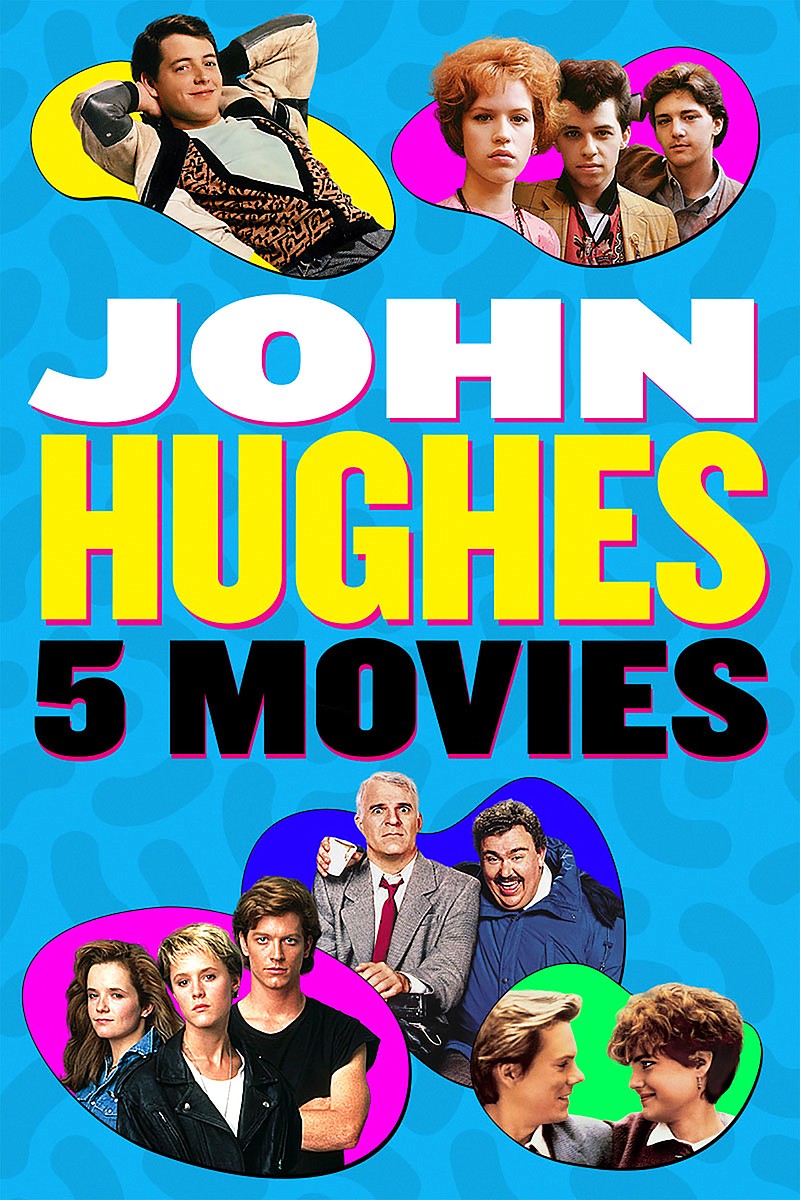 John Hughes was arguably the most influential American director of the 1980s, not so much for his films but for their realistic young characters that teenagers might recognize as members of their tribe. You could even argue that Hughes paved the way for the tough but true portraits of teens in Tim Hunter's "River's Edge" (1986), Larry Clark's "Kids" (1995) and Gus Van Sant's post-Columbine tone poem "Elephant" (2003).

Released to coincide with the 35th anniversary of the premiere of "Pretty in Pink," Paramount's "The John Hughes 5-Movie Collection " includes discs containing "Pink," "Ferris Bueller's Day Off," "Planes, Trains and Automobiles," (1987) as well as the Blu-ray debuts of "She's Having a Baby" and "Some Kind of Wonderful." As is usual these days, it also has access to a digital copies of each film and quite a few extra features and commentaries.

While the set is missing 1985's "The Breakfast Club" -- which might be Hughes' best film, if his best film isn't "Planes, Trains & Automobiles" or 1983's "National Lampoon's Vacation" (written by Hughes but directed by Harold Ramis) -- it's a nice survey of Hughes' career as well as an '80s souvenir.

"The Croods: A New Age" (PG, 1 hour, 35 minutes) This unexceptional but pleasant enough family comedy -- the second in the Croods franchise -- examines the antics of a prehistoric brood that discovers a safe, secure habitat that has everything they need, but it's already occupied by the Bettermans, who are much more advanced in terms of evolution. Animated with the voices of Catherine Keener, Cloris Leachman, Clark Duke, Emma Stone, Ryan Reynolds, Nicholas Cage, Leslie Mann; directed by Joel Crawford.

"Redemption Day" (R, 1 hour, 39 minutes) An American war hero (Gary Dourdan) races against the clock to rescue his kidnapped wife from terrorists in a formulaic and rather dull actioner from Moroccan producer (French TV's "The Bureau") turned director Hicham Hajji.

"Wrong Turn" ( R, 1 hour, 49 minutes) It's best not to wander too far from the path is a lesson learned in this weirdly intense horror thriller about friends hiking the Appalachian Trail, when their explorations lead them to an unpleasant encounter with a community of none-too-friendly people who have lived in the mountains for hundreds of years. With Charlotte Vega, Adain Bradley, Bill Sage; directed by Mike P. Nelson.

"Centigrade" (not rated, 1 hour, 29 minutes) A failure to engage with the audience hampers this otherwise technically adept drama in which a husband and his pregnant wife are trapped in their car during a blizzard. Claustrophobia ensues, but that's not their only problem. With Genesis Rodriguez, Vincent Piazza; directed by Brendan Walsh.

"Silk Road" (R, 1 hour, 52 minutes) A dark net crime drama (you'd think there would be more of these around) that focuses on the creator of a website that sells narcotics and a DEA agent who goes undercover to bring the operation to a halt. With Jason Clarke, Alexandra Shipp, Katie Aselton, Jennifer Yun; written and directed by Tiller Russell.

"The Last Vermeer" (R, 1 hour, 58 minutes) Inspired by historical events, this intriguing yet erratic post-World War II melodrama concerns a Dutch artist (Guy Pearce), who is suspected of selling a priceless painting to the Nazis, and a Jewish attorney (Claes Bang) who defends him in court. With August Diehl, Richard Dillane, Vicky Krieps; directed by Dan Friedkin.

"Mallory" (not rated, 1 hour, 32 minutes) A difficult-to-watch documentary in which a family takes on the thankless task of fighting for justice when 12-year-old Mallory Grossman takes her own life after months of bullying at school and online. Directed by Ashley Patino.

"Rage" (not rated, 2 hours, 23 minutes) This lengthy, complicated, and decent enough Australian thriller focuses on a violent home invasion that motivates a mild-mannered husband, who is shot during the attack and left with a traumatized wife, to seek revenge. With Matt Theo, Richard Norton, Hayley Beveridge; directed by John Balazs.