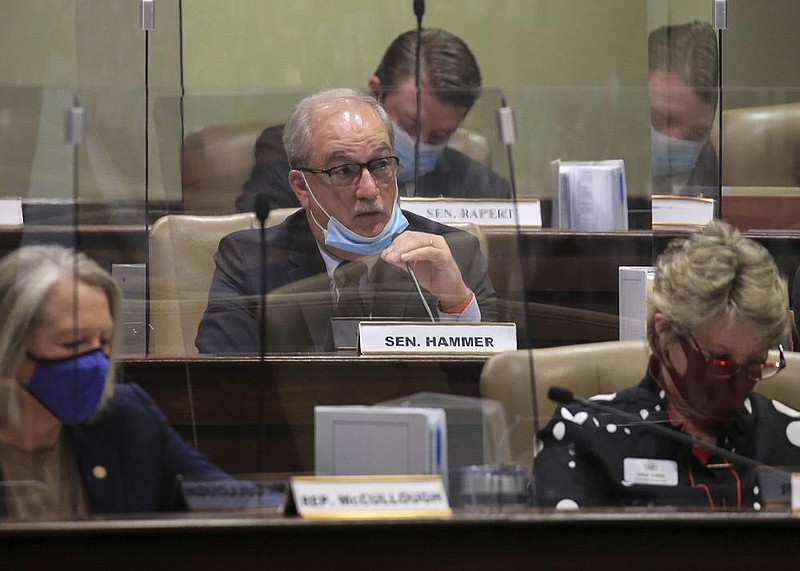 A so-called medical right of conscience bill was voted down in the House Public Health, Welfare and Labor Committee Thursday after opposing groups said the legislation was too broadly written to prevent discrimination.

While much of the debate over the legislation has focused on whether doctors and nurses should be forced to participate in abortions and gender-reassignment surgeries against their religious beliefs, opponents said Wednesday the bill could also have broader implications on the dispensing of birth control and care for gay, lesbian and transgender patients.

The bill also drew opposition Thursday from two of Arkansas' corporate giants, Walmart and Tyson Foods, according to a Chamber of Commerce official, who said it could affect their ability to recruit and keep a diverse workforce in the state.

Randy Zook, the president of the Arkansas Chamber of Commerce, said SB289 "is profoundly disturbing to these business leaders."

Legislation allowing conscientious objections by medical providers has been proposed during each of the last two legislative sessions in Arkansas, but failed each time.

Arkansas Surgeon General Greg Bledsoe, who opposed a similar bill in 2017, said SB289 was drafted to specifically allow opt-outs of certain medical procedures without allowing providers to discriminate against patients.

Hammer said the bills were modeled off similar laws in Illinois and Mississippi.

Other lawmakers, however, noted differences in the medical-conscience laws passed in those two states, including a provision of the Mississippi law that prohibits discrimination based on race, ethnicity, religion or sexual orientation, among other characteristics. The current draft of SB289 does not include similar protections.

"How can you compare the two?" asked state Rep. Michelle Gray, R-Melbourne. "I don't feel that you can."

In addition to the Chamber of Commerce, SB289 drew opposition from the University of Arkansas for Medical Sciences and the local chapters of the National Association of Social Workers and the American College of Emergency Physicians.

During more than two hours of debate on the bill, Republicans twice moved to cut off debate and immediately vote on the legislation, succeeding on the second try.

During a subsequent roll call, however, six Republicans joined four Democrats on the committee in opposing the bill, denying the remaining Republicans a majority to pass the bill.

Hammer said later Thursday that he planned on running the bill again with possible amendments to ease some of the concerns raised by lawmakers on the committee.

"We are talking about some amendments as long as those don't gut the intent of the bill," Hammer said.

A spokeswoman for Gov. Asa Hutchinson said Thursday that he is neutral on the bill.