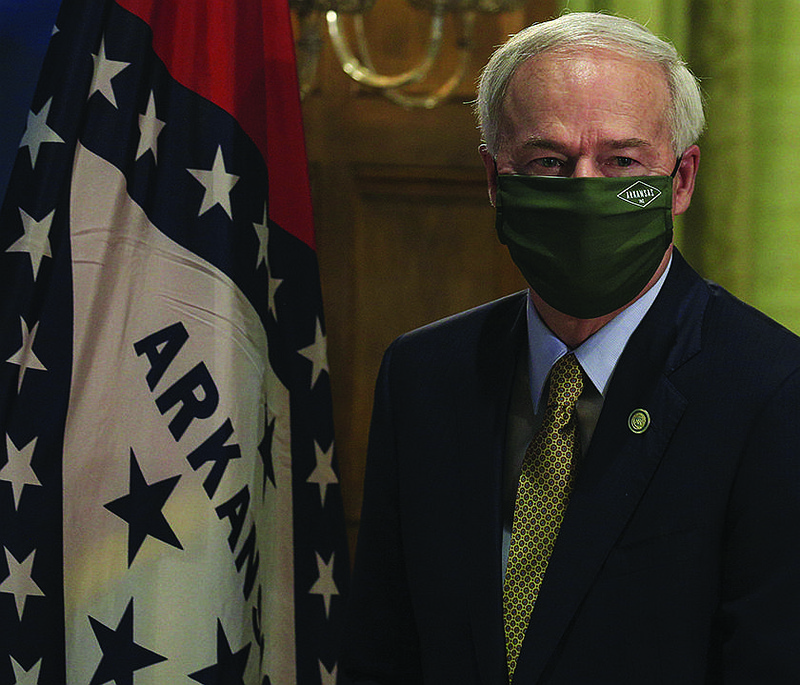 The mask mandate will become a guideline on March 31 if certain public health goals are met, Hutchinson said.

The termination of the mandate would require a combined PCR and antigen positivity rate at 10% or less, with at least 7500 specimens tested on average daily. If testing is below 7500 on average daily, hospitalization rates would become the “indicator for action,” according to the governor. Fewer than 750 hospitalized covid-19 patients statewide would be the “trigger.”

Hutchinson described directives as mandates "with a potential penalty after due process” and guidance as “a strong recommendation based on medical advice.”

The restrictions being lifted include capacity limits for bars, restaurants, gyms and large venues.

If cases were to increase, the governor said the emergency order would remain in place and could be adjusted as needed. Guidelines may be reinstated as mandates.

Health Secretary Jose Romero stressed the importance of Arkansans continuing to wear masks and wash their hands, adding that, despite no findings of covid variants in Arkansas, they may already be in the state.

Romero added that despite the mandates becoming guidelines, it is still essential for Arkansans to receive the vaccine, as it is the “only way” we will return to normal.

Gov. Asa Hutchinson will provide an update on Arkansas’ current public health emergency and on the state’s covid-19 directives at 9 a.m.

[Video not showing up above? Click here to view » https://www.youtube.com/watch?v=EBINGFfD638]

The Associated Press contributed to this article.

This story has been updated. It was originally published at 8:36 a.m.