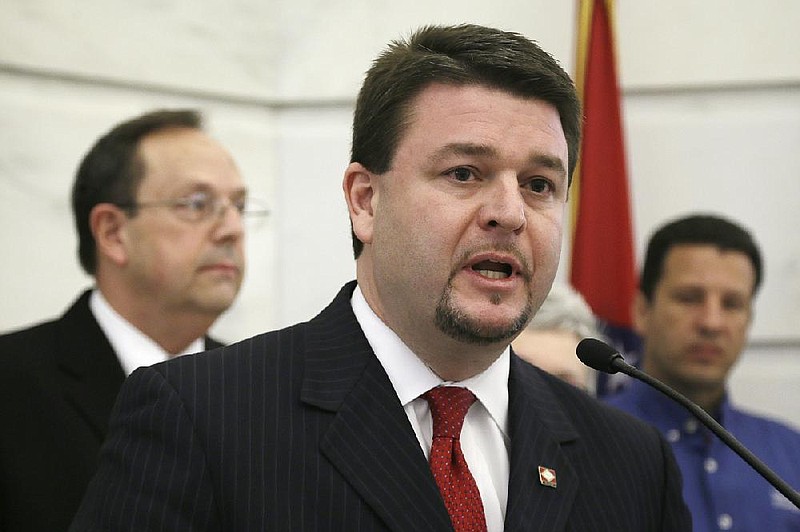 The Arkansas Freedom of Information Task Force on Friday declined to endorse a bill that would allow providers of electronic records from county law enforcement agencies to charge "reasonable fees," including for personnel time, for reviewing and retrieving those records.

Mark Whitmore, legal counsel for the Association of Arkansas Counties, told the task force that Senate Bill 346, by Sen. Jason Rapert, R-Conway, aims to address the resources required to review, redact and release audio and video records, such as a day's worth of 911 tapes or video from the county jail. He said such large requests typically don't come from media organizations but from individuals.

"What we're trying to deal with is the massive, or potential large allocation of resources, deputies, dispatchers, etcetera," Whitmore said. "And we need to deal with the cost."

The bill intends to address difficulties associated with the prevalence of newer technologies, such as how long it may take a sheriff's deputy to redact hours of video, Whitmore said.

But most of the task force members thought the bill could have further-reaching consequences beyond the specific problem law enforcement agencies can face.

According to the state open records law, any fee levied for copies of a document can include the costs of reproduction, such as supplies, equipment and maintenance, but not personnel time associated with retrieving and reviewing the records, while SB 346 includes personnel time among the associated costs.

"Now this bill just speaks to a very small ... carving out, but you can bet that every entity, every public entity that is required to produce records, would rely upon this and attempt to change it and attempt to get personnel time," said task force member John Tull, a media lawyer.

Sarah Moore, a co-founder of the Arkansas Justice Reform Coalition, a community group focused on ending mass incarceration at the local level, said at the meeting that the group tries to tailor its requests and be considerate of deputies' time, and that even medium-sized fees can be a burden for many people living on lower incomes.

"I just really get concerned whenever we start to make legislation that's working toward the extremes," Moore said. "FOIA [Freedom of Information Act] needs to remain strong to protect the very least among us."

The task force is a recommending body, so its decision not to endorse the bill doesn't stop it from progressing through the Legislature.

In other business Friday, the task force deferred discussion and consideration of Senate Bill 355 by Sen. Larry Teague, D-Nashville, which would allow a lottery winner's identity to remain confidential.