Sound of silence: Deaf congregation struggles to stay together

Deaf congregation struggles to stay together by ABBY ZIMMARDI SPECIAL TO NWA DEMOCRAT-GAZETTE | February 27, 2021 at 1:00 a.m.

As the fifth attendee of the once 44-person congregation trickles into the Zoom call, James Bryan, a reverend at Bethel Deaf Fellowship, pins his video and screen shares an American Sign Language (ASL) gospel song to begin his sermon.

Since the covid-19 pandemic began last March, Bryan has switched from in-person to virtual worship services on Zoom every Sunday at 2 p.m. for the members of Bethel Deaf Fellowship (BDF), a Baptist church in Fayetteville. Typically during worship songs in person, the congregation will hug one another, but on Zoom with only five attendees, the congregation is lacking in connection.

"It's a big difference," Bryan said. "We are used to getting together and worshiping with music in ASL with a lot of hugs, and there are [usually] more people in church. Now we can't hug or shake hands. Doing music on Zoom is very hard, and preaching on Zoom is hard, too."

Bryan, who has been a pastor for six years, struggled through the transition to remote services, which took three weeks to complete. The shift was a difficult change for his whole congregation.

"Different people come to express the music, now we can't online," Priscilla Scanlan, BDF founder, said. "The internet speed is not good when you sign to be able to see each other face-to-face."

The congregation is suffering in more ways than one, including financially, according to Scanlan, who is also the church's clerk. Because of lack of donations, Scanlan has not been able to pay the insurance or the funds for the BDF website.

To help with the financial struggles, Bryan has been giving his salary as a pastor to the church for two months, he said. He also works for United Parcel Service every morning to stay afloat financially.

"I sacrificed most of my salary, which is $240 a month," Bryan said. "I didn't ask for much because we are a small church."

The church does not receive the same amount of donations as they did previously because an offertory is not passed among the members anymore, Scanlan said. The church is surviving off of Scanlan's and Bryan's out-of-pocket financial support and the occasional PayPal donation on the BDF website.

"We're just hanging in there," Scanlan said. "I'm concerned, but we just keep hoping that the pastor doesn't quit because we're not paying him."

Now that the church is completely remote, and suffering financially, they will not have a physical building to worship in once the pandemic is over, Scanlan said.

"Even if we did find a place of our own, which we need to do, we would still need to be six feet apart, we'd have to wear a mask and probably take temperatures, so we remain online," Scanlan said. "It hurts. Attendance has gone down, financial [support] has gone down; we just hope someday that this coronavirus goes away."

The church once had 44 members total, and the average in-person Sunday service had around 20 to 25 people. Bryan said the online sermons have around 10 people, and the most recent service had five people.

Scanlan said she does not know why people are not attending the Zoom services, but it may be because of unreliable internet connection and people missing the fellowship of in-person services.

Bryan has struggled to preach over Zoom, he said, because his congregation does not actively listen to his sermons.

"Some people mostly don't follow what I teach," Bryan said. "Some just want to show their face but are not eager to hear God's word."

One of the main challenges Bryan faced at his home when figuring out how to switch to online sermons was keeping his kids from causing distractions.

Every other Sunday, his four kids go to children's church where they take their lessons behind Bryan while he preaches, he said. But there are bound to be distractions when he cannot watch his kids.

As Bryan signed one last lesson in his sermon, one of the church attendees nodded her head and jotted down notes. The church service closed with prayers from Bryan and two of the attendees. 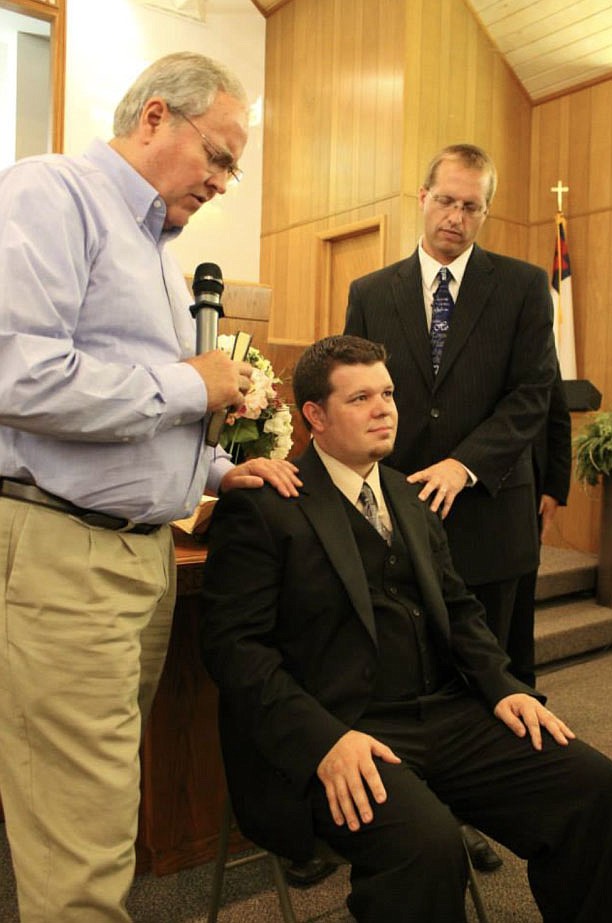 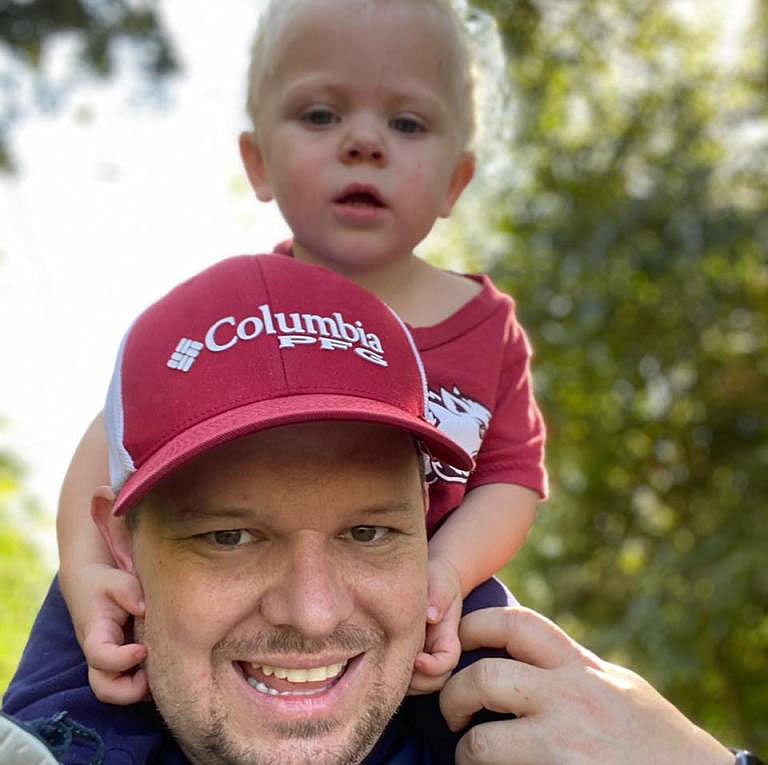 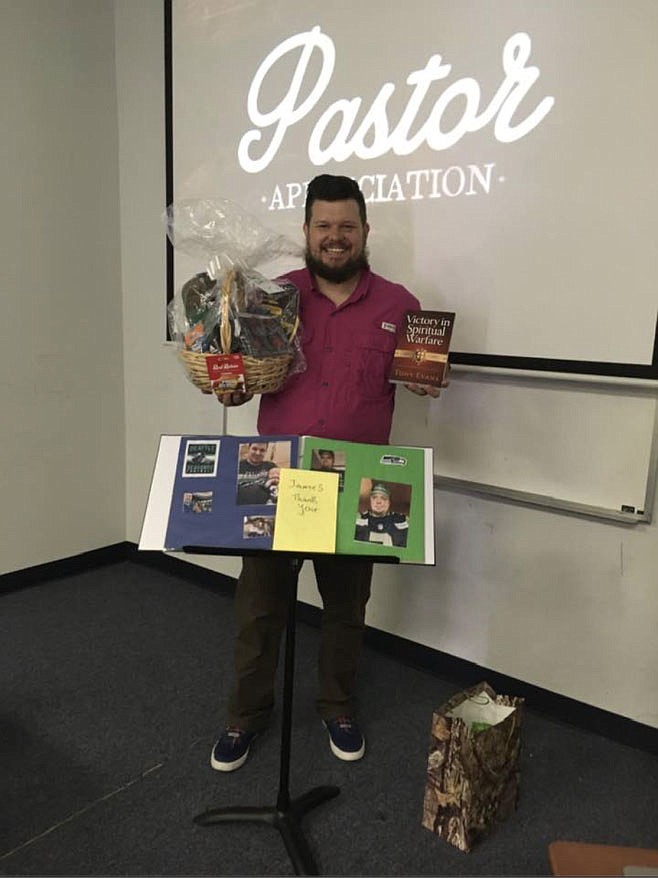 James Bryan receives gifts from his congregation to show they appreciate him as a pastor. (Courtesy Photo/Bethel Deaf Fellowship)
More News