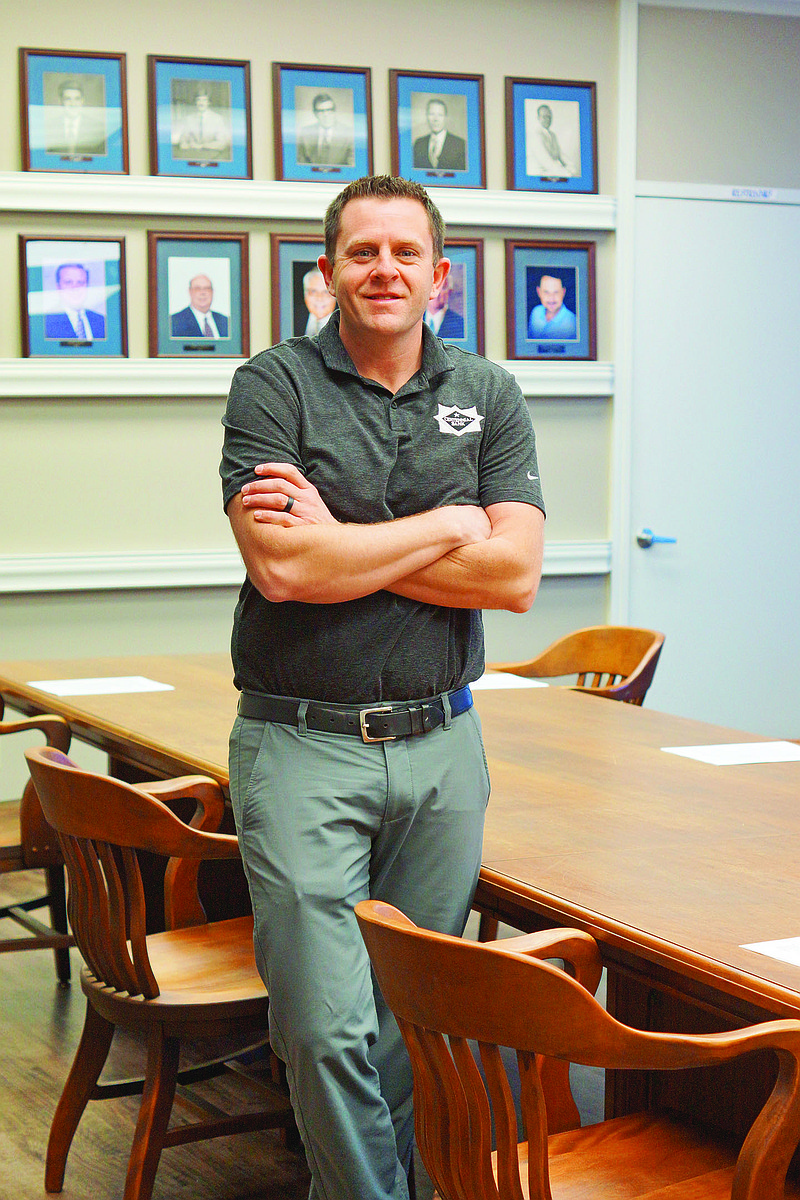 Donald Boone is this year’s chairman of the board for the Jacksonville Chamber of Commerce. He replaces Steven Pawloski, whom Boone served under as vice chairman.

Donald Boone is not from Arkansas, but he has spent the past 15 years working in Jacksonville and living in Cabot. In that time, he said, he has become more a part of the town he works in than where he lives, and a large portion of that feeling is a result of his involvement with the Jacksonville Chamber of Commerce.

“There is no doubt that we all hope we can come together as the business owners and people of Jacksonville and keep notifying both of what is going on,” Boone said. “It is vital to stay connected and build relationships between us and our members.”

Boone is this year’s chairman of the board for the chamber. He replaces Steven Pawloski, whom Boone served under as vice chairman.

“Steve was very vocal and very involved,” Boone said. “I believe the year before (2019), he was named Volunteer of the Year.

“I’m here to be very involved and for us to support each other. Steve did a good job of pushing that and making that prevalent to everybody.”

Pawloski said Boone was great to work with and has always volunteered and tried to help out in an effort to make the chamber better.

“We got hit by COVID-19 pretty bad, and we couldn’t do a lot, but Donald has his own ideas, and I think we are in good hands,” Pawloski said. “He has two things in mind, and they are to help [members’ businesses] grow and help Jacksonville grow as a city.”

Pawloski said that as chairman in 2020, there were many programs he wanted to institute but didn’t get the chance to because of COVID-19.

“We went from thriving to surviving, but we made sure every member got all the information they needed, including on the [Paycheck Protection Program] loans and updates on the mask mandates,” Pawloski said. “We also did an extra golf tournament to try to network a little more because all of the events we had scheduled for inside were postponed.

“Hopefully, with Donald in charge, we will be able to get some of those events in this year.”

Boone was born and raised in Nevada, moving to the Biloxi, Mississippi, area when he was a teenager as a result of his father being in the casino business. Boone said he magically made his way to Arkansas 14 or 15 years ago, and the state has been good to him, both professionally and for his family.

He said he moved to Arkansas after following one of his parents to the state. He said a couple of years after moving here, he got married.

Boone has been in the banking industry since his move to Arkansas. He has worked for Centennial Bank in Jacksonville for almost six years as the market president for the Jacksonville market. He said he mostly deals with commercial lending.

“I absolutely love what I do, especially during this time,” he said. “We are assisting business owners in finding creative ways to keep businesses going — it is pretty awesome getting to do what I do.

“It definitely goes hand in hand with what the chamber is all about.”

Boone said the banking industry just “found him.” When he moved to Arkansas, he was in the cellphone industry as a sales rep, and after taking a little time off, he immediately got a job in the banking world. He said it is fun building relationships and leading people in the direction of being financially stable.

“I am proud to be a part of the group of people that gets to do this type of thing,” he said.

Courtney Dunn, chief executive officer and director of economic development for the chamber, said she is excited for Boone and his new role as chairman of the board.

“He has played a very active role in the chamber and the board leading up to his chairman position, and I know that will continue this year and in future years,” Dunn said. “Donald is a great fit as chairman of the board for 2021. He understands the struggles that businesses have faced recently and can help me and the board come up with more ways to reach our businesses and provide them with the resources they need.”

For more information on the Jacksonville Chamber, visit jacksonvillear.org.

Boone said the chamber affects all phases of business owners and, for him, networking is a huge plus for what he does for a living.

“The resources, as well as the contacts, are good to pass along to others, as well as continuing networking,” Boone said. “The more I am involved, it has been good for me and the chamber — it is a mutual beneficial relationship.”

As vice chairman for the chamber in 2020, Boone assisted with its annual golf tournament, as well as trap shoots or anything that could be done outside because of COVID-19. He said that just like in other businesses, there were many Zoom calls, emails and interactions through social media to help business owners stay informed.

“The chamber went way out of their way to still be out there and be involved,” he said. “They all did a great job keeping things afloat and still had a fun year.”

Boone said one of his goals this year is to help the chamber have more face-to-face interactions and get things back to normal.

“We are a good resource for other businesses to call and help out and bring everyone together,” he said. “We want to do more than email and phone calls.

“The more involved you are with the chamber, the more you get out of it.”