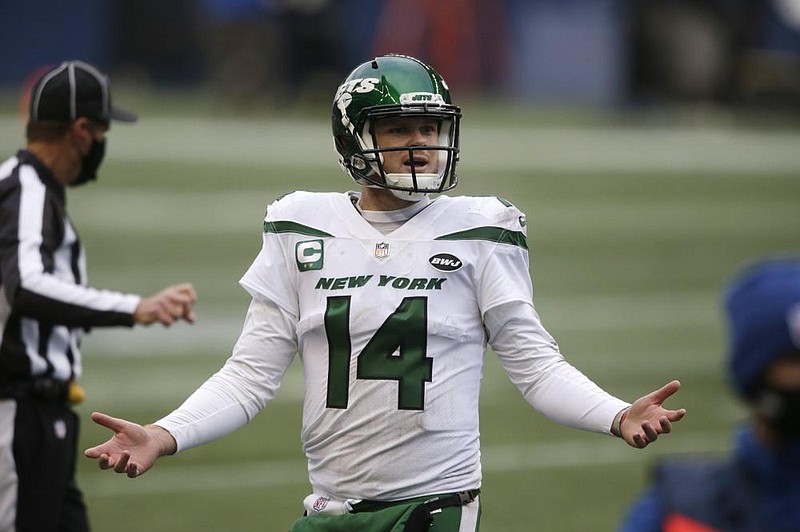 Quarterback Sam Darnold was the No. 3 overall pick in the 2018 NFL Draft, but his future with the New York Jets is uncertain because he has not lived up to lofty expectations. (AP/Lindsey Wasson)

NEW YORK -- Sam Darnold will head into this offseason as a question mark instead of the unquestioned face of the franchise.

That makes for quite the dilemma for the New York Jets. And one that won't be easily -- or quickly -- solved.

Do the Jets take a quarterback with the No. 2 overall pick in the NFL Draft in April? Do they trade Darnold for draft picks? Do they exercise Darnold's fifth-year contract option? Do they simply keep Darnold and see how next season plays out?

The next several months will be crucial for General Manager Joe Douglas in shaping the team's future -- whether or not Darnold is a part of it.

"I mean, I'm a Jet now," Darnold said Thursday. "I know we all like to think of hypotheticals and what ifs, but I'm a Jet right now and I love being here, all the guys in the locker room. And I love going to work every single day here."

The 23-year-old quarterback was the No. 3 overall pick in 2018, but has not lived up to those lofty expectations. He knows it, too, but also thinks he's got plenty more to accomplish.

"I absolutely believe my best days are ahead," Darnold insisted.

The question is where he'll spend those days.

Jets fans had been dreaming of the possibility of drafting Clemson star Trevor Lawrence until New York ended a 13-game losing streak and won two in a row. With Jacksonville locked into the No. 1 spot, the Jets will surely do plenty of scouting on the likes of Ohio State's Justin Fields and BYU's Zach Wilson. Whether New York thinks either of those players -- or another quarterback whose draft stock rises during the next several months -- is a better option than Darnold remains to be seen.

There's also this: The fifth-year option on Darnold, which the Jets will have to exercise by early May, would cost the team around $25 million and will be fully guaranteed, per the collective bargaining agreement.

Oh, and one other thing to consider: Douglas is not directly tied to Darnold. Then-GM Mike Maccagnan drafted him.

Darnold has shown flashes throughout his three seasons, but has also been beset by inconsistent play, bad luck (mononucleosis last season), injuries (he hasn't started more than 13 games) and questionable coaching. Adam Gase was hired last year to provide a perfect coach-QB pairing, but that never worked out.

Instead, Darnold has regressed.

"I think there's been stretches where I haven't played nearly as well as I should have," Darnold said, "and I'll be the first one to admit it."

Darnold, who was selected the winner of the team's media good guy award by the Jets chapter of the Pro Football Writers of America, has always taken accountability. Gase, however, has also shouldered the blame, saying he failed in developing Darnold to the point where there would be no doubt about the Jets' quarterback spot right now.

"Do I think we need to get better in certain spots with him? Yeah, absolutely," Gase said. "Do I think he's been to the point where it's all on him? I don't."

Gase is expected to be fired after the season finale at New England. Darnold said he hasn't discussed his future with Douglas or anyone else in the organization. His focus remains on finishing the season on a high note, and that would mean beating the Patriots for the first time in his short career. That would at least put a positive on what has been a year to forget for Darnold and the Jets.

"I've had a couple of rough seasons in high school," Darnold said, "but this has definitely been a tough season."

Darnold's numbers are ugly: He has just eight touchdown passes and nine interceptions in 11 games, and his 72.3 quarterback rating is the lowest in the NFL. His 58.8% completion rate is also among the league's worst.

The glimmer of hope is his play the past three games: three TD passes and no turnovers -- a career-best streak.

"He played clean football," offensive coordinator Dowell Loggains (Arkansas Razorbacks) said. "I think that's where Sam's growth has come the last couple of weeks is he knows that -- put the cape away. You don't need to be Superman. Execute the offense and if it's there, take it. And if not, then throw the ball away, run, check the ball down, do those things."

No, the Jets don't need a superhero in the huddle. They need a consistent playmaking leader.

"I think, without a doubt," Loggains said, "that he's a franchise quarterback." 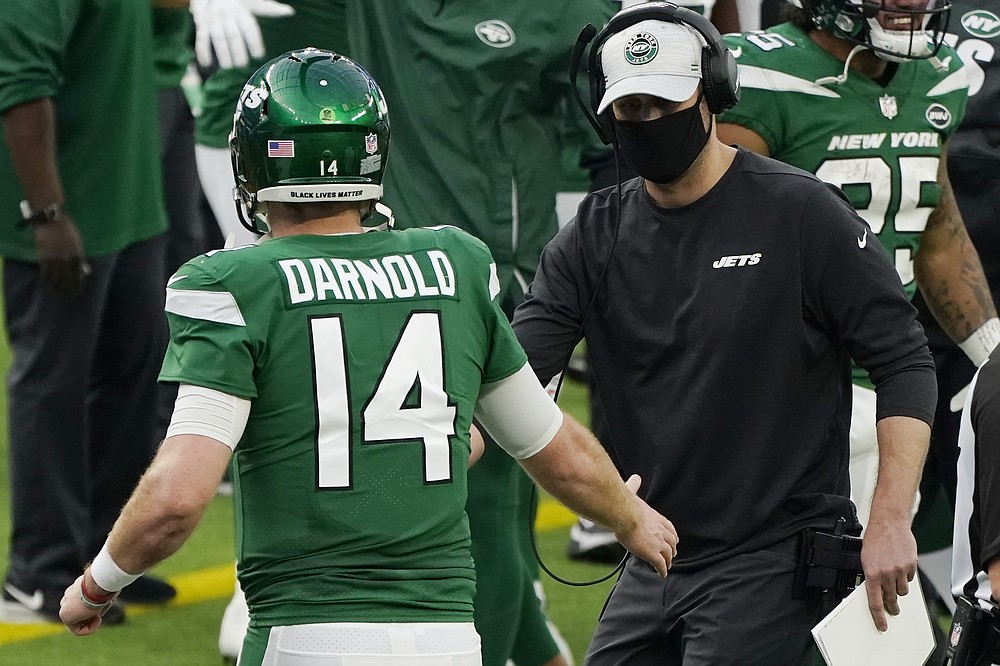 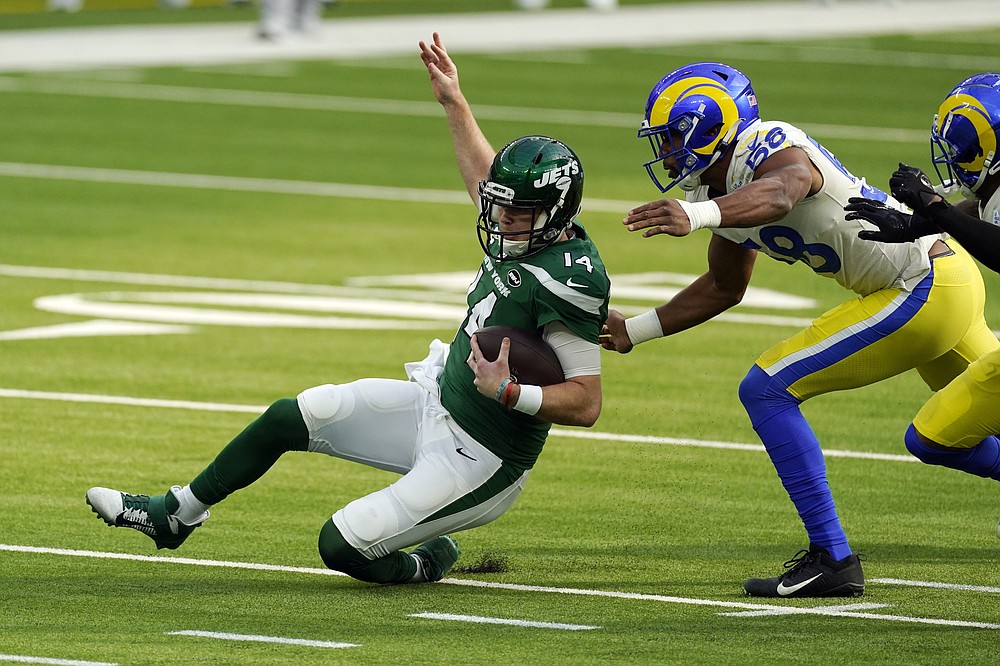