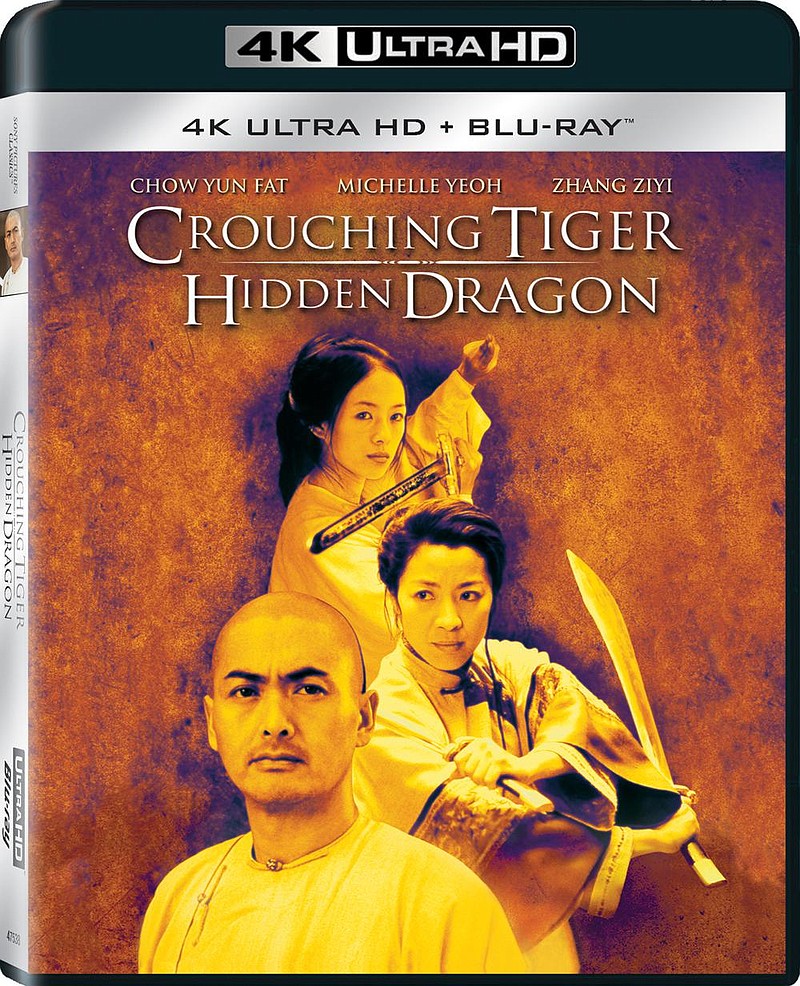 This newly-issued 4K Ultra HD Blu-ray release is as exciting as ever thanks to its stunning skill in capturing the ethereal beauty of martial arts, the intricacy of war, and ability to tell a dramatic tale -- complete with not one, but two captivating love stories -- that is hard to forget.

Set 19th-century Qing Dynasty China, the complex plot concerns a powerful warrior who hands over his sword to his lover, from whom it is stolen, which is the catalyst for the adventures that follow.

"Survivor Ballads: Three Films by Shohei Imamura" (not rated, three films with a total running time of 6 hours, 18 minutes) In the 1980s, Shohei Imamura, a leading figure of the Japanese New Wave era of the 1960s, cemented his international reputation with three late-career classics presented in restored versions in this boxed set from Arrow Films.

Based on an ancient folktale, "The Ballad of Narayama" (1983) won Imamura the first of two Palme d'Or awards at the to Cannes Film Festival. It's the story of an extended farming family eking out their existence in the mountainous north of Japan against the backdrop of the changing seasons before PBS village lore decrees they make the sacrifice of abandoning their aged mother on the top of a nearby mountain when she turns 70. "Zegen" (1987) takes a satirical look at Japan's prewar colonial expansion through the eyes of a pimp establishing a prostitution empire across Southeast Asia, and "Black Rain" (1989) details the precarious existence of a household of atomic bomb survivors in Hiroshima.

Taken together these works are representative of Imamura's nearly documentary style of filmmaking, which exposes what the press notes call the "vulgar yet vibrant and instinctive underbelly of Japanese society" by sympathetically focusing on peasants, prostitutes, criminal lowlife and other marginalized figures.

"Honest Thief" (PG-13, 1 hour, 39 minutes) Liam Neeson continues his descent in a Nicolas Cage-style non-career with this dull low-budget and predictable actioner in which a bank robber tries to turn himself in because he wants to live an honest life. That's before he realizes that law enforcement is more corrupt than he is. With Kate Walsh, Jeffrey Donovan, Robert Patrick; co-written and directed by Mark Williams.

"Triggered" (not rated, 1 hour, 34 minutes) South African thriller about nine high school friends who go camping in the forest to re-connect after five years in the real world. But their old science teacher wants to play a game -- he straps a device on each one of them with a timer set to explode a bomb. If they kill a classmate, they get more time. Last one alive gets to live. What happens when dull minds decide to combine "Saw" with "The Hunger Games." With Reine Swart, Russell Crous, Cameron R. Scott, Liesl Ahlers; directed by Alastair Orr.

"The Last Shift" (R, 1 hour, 30 minutes) A simple slice-of-life comedy in which Stanley (Richard Jenkins), a fast-food worker for 38 years, takes on the task of training his much younger replacement before leaving Oscar's Chicken and Fish. With Shane Paul McGhie, Ed O'Neill, Da'Vine Joy Randolph, Allison Tolman; written and directed by Andrew Cohn.

"Two Ways Home" (not rated, 1 hour, 32 minutes) This low-key drama that steers clear of sentimentality while exploring mental illness concerns a bipolar ex-convict who runs into all sorts of trouble in trying to honor her cranky grandfather's last wish while attempting to reunite with her estranged 12-year-old daughter in small-town Iowa. With Tanna Frederick, Tom Bower, Joel West, Shanda Lee Munson; directed by Ron Vignone.

"The One You Feed" (not rated, 1 hour, 26 minutes) An unconscious man, found and dragged to a secluded house, is tended by a strange woman with curious motives. With Rebecca Frasier, Drew Harwood, Gareth Koorzen; co-written and directed by Harwood.