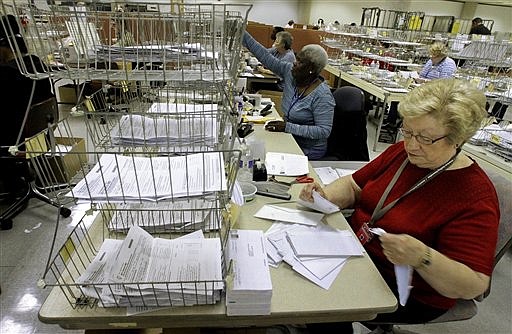 About 200,000 taxpayers who have net annual income greater than $82,000 are projected to see their income taxes cut a total of about $46 million with the latest reduction, said Scott Hardin, a spokesman for the state Department of Finance and Administration.

The 2021 income amounts will be adjusted slightly for the consumer price index and the exact amount won't be known until September 2021, he noted.

Hutchinson said about 1.3 million Arkansas taxpayers have benefited from income tax reductions since he became governor in 2015.

"A reduction in the individual income tax rate benefits every Arkansan," he said in a written statement. "It allows more of their hard-earned money to stay in their pocket and not transferred to government. This means individuals can save more, spend more and have greater control over their future and qualify of life."

"The specific information is confidential," he said. "In addition, it has been an added selling factor as we recruit industry to our state."

State officials have projected Act 182 will reduce state general revenue by about $97 million a year after it is fully implemented.

The finance department estimated that 579,000 taxpayers would receive a tax cut under Act 182, sponsored by Sen. Jonathan Dismang, R-Searcy.

Act of 182 required three-fourths approval in the 35-member Senate and 100-member House because it increased individual income tax rates on some taxpayers, even though state officials said it wouldn't increase income tax bills. The measure cleared the Senate 28-5 and the House in an 82-14 vote.

Some Democratic lawmakers who opposed the measure said the money spent on the tax cut should instead be spent other needs, such as more funding for pre-kindergarten programs.

"It is a lot of lost revenue that helps the wealthy, high-income earners," said Bruno Showers, senior policy analyst at the Arkansas Advocates for Children and Families.

Act 182 is Hutchinson's third cut in individual income tax rates since becoming governor. The others reduced lower- and middle-income taxes.

In 2015, the Legislature enacted Hutchinson's plan to cut taxes for people with between $21,000 and $75,000 in taxable income. According to the finance department, the change affected about 500,000 taxpayers and reduced revenue by about $102 million a year.

In 2017, the Legislature approved Hutchinson's plan to cut taxes for people with up to $21,000 a year in taxable income. According to the finance department, this cut affected about 221,000 taxpayers and reduced revenue by $50 million a year.

Arkansas' top individual income tax rate of 5.9% will be the 22nd highest in the nation, said Katherine Loughead, a senior policy analyst at the Washington, D.C.-based Tax Foundation.

Among Arkansas' surrounding states, neither Tennessee nor Texas have an individual income tax.

Hutchinson has repeatedly said he eventually would like to reduce the top individual rate to 5%.

"We can lower our income tax rate down to 4.9% or 5% without increasing taxes such as sales or property," he said. "Then, we are competitive because other states have higher real estate taxes and other levies."

Regarding the 2021 regular session, Hutchinson said, "There will be additional tax reductions and I look forward to working with the legislative branch to determine exactly what they will look like.

"My priority has always been a reduction of the individual income tax rate," he said.

In November, Hutchinson proposed the 2021 Legislature reduce the top individual income tax rate for new residents to 4.9% for a five-year period and set goal of reducing the top rate for everyone else to 4.9% within five years.

The governor also proposed setting aside $50 million a year for income tax cuts for low- or moderate-income Arkansans. He has said this will help set the stage for later lowering the top tax rate.

The finance department has projected that reducing the top individual income rate to 4.9% eventually would reduce revenue by about $275 million a year.

Senate President Pro Tempore Jim Hendren, R-Sulphur Springs, said, "I would be surprised if there is a move to do a lot of dramatic tax cuts in the middle of the pandemic.

"I think most of us feel pretty blessed that our budget has held up as strong as it has and that we have a long-term reserve [fund]," he said, adding there is a lot of legislative support for Hutchinson's plan to transfer $100 million of surplus revenue into the fund.

The long-term reserve fund, which is a kind of savings account for the state, has a balance of $185 million. Hutchinson has a plan to eventually boost that fund to $420 million by the end of fiscal 2023.

Hendren said, "The one that is the shiny object that everybody always focuses on is the top individual income rate.

"Whether or not that makes the most sense is debatable," he said. "There is still a question of how do we make our tax code a little less regressive because of the high sales tax rates that we have."

Hendren said he eventually would like to reduce the state's top individual rate to below 5%.

As far as tax cuts, Rep. Lane Jean, R-Magnolia, said, "I am not sure under this environment do we need to explore too many more areas.

"I think we need to do the bare necessities and do what we can," he said.

Jean, who is a co-chairman of the Joint Budget Committee, said there is a contingent of lawmakers who want to further whittle down the top individual income tax rate of 5.9% by 0.1% or 0.2%.

He said another group of lawmakers wants to create a state earned income tax credit for low- and moderate-income Arkansans; and another contingent wants to eliminate the low-income tax table.

"I think we'll have to just hash these things out during the session," he said. "I feel the [earned income tax credit] has an uphill battle."

There seems to be more support among legislators for eliminating the low-income tax table and cutting the top tax rate than creating a state earned income tax credit, Jean said. "We'll just have the debate and see."

For the session, House Revenue and Taxation Committee Chairman Joe Jett, R-Success, filed House Bill 1011 that would eliminate the tax table for people with net income up to $22,200. Jett estimates that would reduce revenue by about $84 million a year.

Hendren filed Senate Bill 2, which he estimates would provide roughly $100 million a year in income tax relief to low- and moderate-income Arkansans. The bill would be financed with tobacco tax increases. Similar legislation narrowly cleared the Senate in 2019, but the House Revenue and Taxation Committee didn't vote on it.

SB2 would create a refundable state earned income tax credit, increase the standard deduction and eliminate a bracket in the tax table for people with incomes up to $22,200 a year. It also would levy a special excise tax on cigarettes and a privilege tax on e-cigarettes and vaping products.

"Taxpayers are getting the shaft by big tobacco companies when it comes to health care costs and ... it is documented that there is about $400 million or $500 million worth of health care costs that taxpayers are absorbing, directly related to tobacco-related illnesses, and I think that needs to be rebalanced because the people who are paying the heaviest load of that are low-income folks," Hendren said.

He said his bill "is not because I have any issue with big tobacco or smoking and people who choose to do that. But I think if you choose to do that, you should be willing to bear the cost to the health care system that comes along with that."

"But I am not kidding myself about the fact that there is a common belief in the Republican Party that [the earned income tax credit] is welfare and it is not based on reality but it is there, so overcoming that is not going to be easy," Hendren said.

"I support the notion of EITC because I like to see us giving tax relief to low-income working families and that's what that bill does, so if the tobacco part of it makes my bill not feasible, I certainly support what he is trying to do," Hendren said, referring to Wallace.

Sen. Jimmy Hickey, R-Texarkana, who will replace Hendren as Senate president pro tempore when the session begins Jan. 11, said, "We have to look at the proposals of Sen. Hendren and Rep. Jett."

Hickey and Jean said the governor's proposal to cut the top individual income tax rate to 4.9% for new residents hasn't picked up much traction in the Legislature. 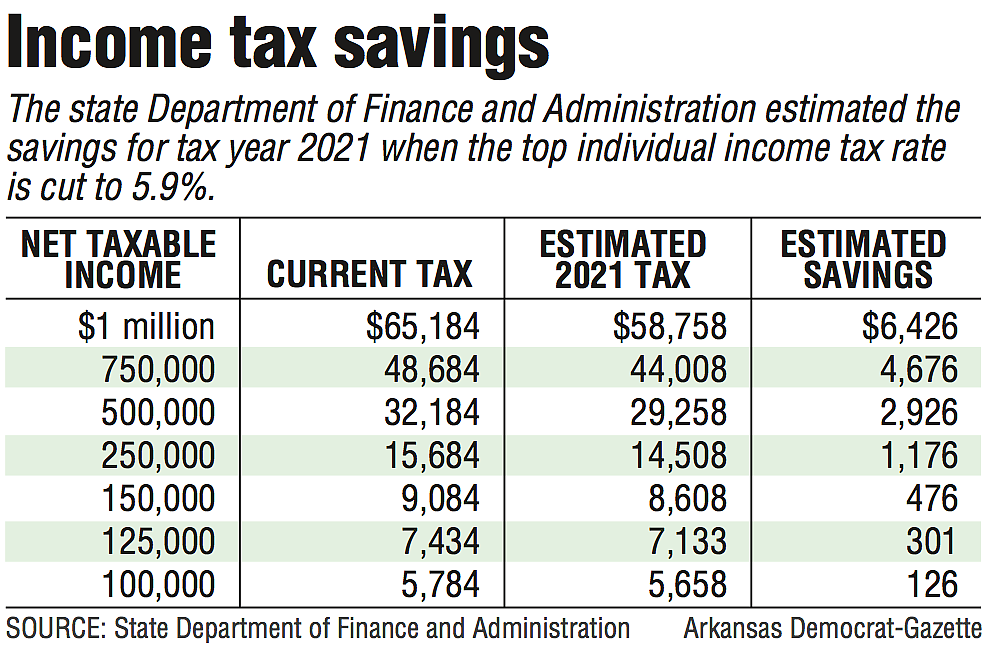