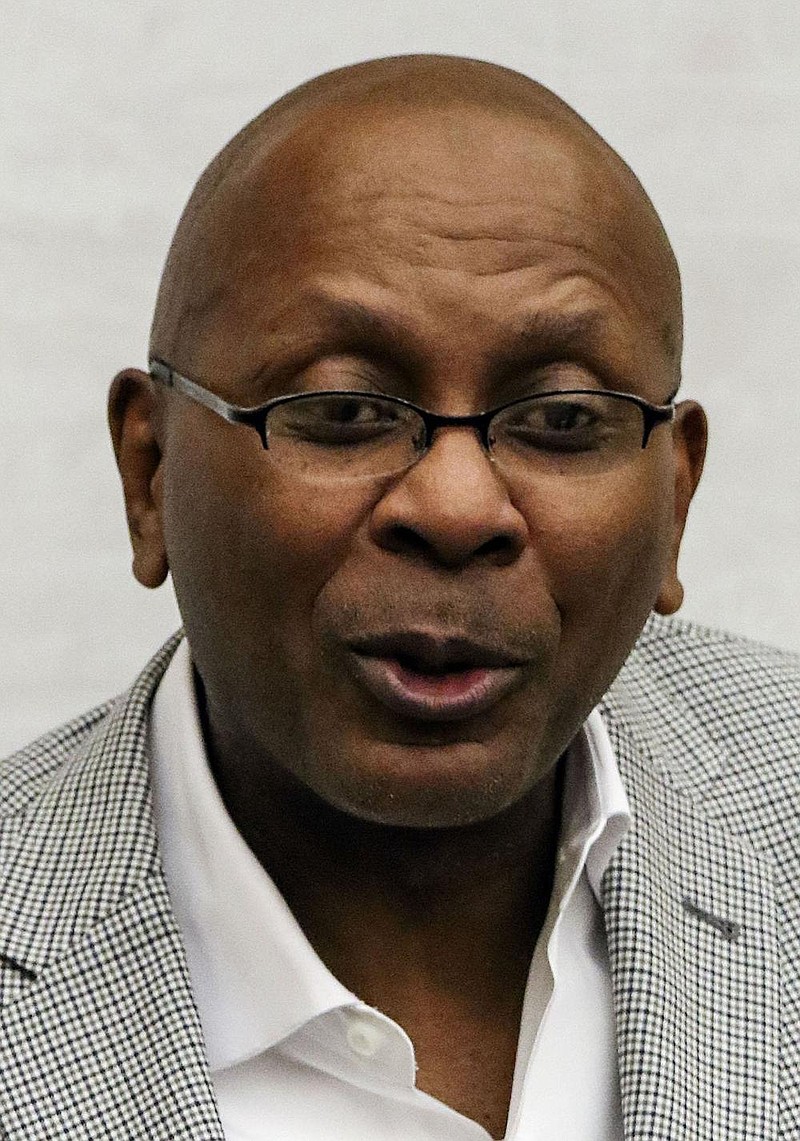 In only its second home game since lifting the 2019-20 Sun Belt Conference regular-season championship banner at the Jack Stephens Center, the University of Arkansas at Little Rock men's basketball team begins its title defense today with a New Year's Day meeting against Texas-Arlington.

But as the Trojans began their run at another championship, Coach Darrell Walker has reservations about the Trojans' defense and the team's ability to repeat atop the conference.

"We're not the same team we were last year defensively," Walker said before Christmas. "Offensively, can we score the ball? Yeah, we can score the ball. But I'm worried about stopping people. And that has been a real bothersome thing to me right now."

UALR will host the Mavericks (4-4) for a pair of games this weekend, beginning with a 4 p.m. tip-off today followed by a 1 p.m. start on Saturday.

In its final game of 2020 -- an 85-77 road defeat to Missouri State on Dec. 21-- UALR had only eight players available due to covid-19 exposure, played the closing minutes with only four players on the floor after an injury and three foul outs left the Trojans shorthanded. UALR hopes to be back at full strength for this weekend's conference openers.

Led by junior Markquis Nowell, whose 8.9 assists per game rank third most in the nation, the Trojans closed nonconference play at 4-3. With key contributors, including reigning SBC Defensive Player of the Year Ruot Monyyong, fellow forward Nikola Maric and guard Ben Coupet Jr. back from a team that finished 15-5 in the conference a year ago, UALR is expected to contend in the Sun Belt once again, picked to finish No. 1 in the West Division.

But the Trojans' defense is a concern. Over the first seven games, UALR is allowing opponents 72.4 points per game, and has given up more than 75 points on five separate occasions. With Monyyong and Maric securing the paint and defensive rebounding, it's been the Trojans' perimeter defense that has left Walker frustrated.

Following the Missouri State loss, Walker lamented not the exposure that left him with a short bench, but the defense he felt let the game slip away.

Following the Christmas break, Walker brought his players back for what he called a series of "gut-check" practices where he aimed to sharpen the defense. The practices, Walker said, have delivered enhanced on-ball defense on the wing from perimeter play.

"We have seen some improvement in keeping the ball in front of us," he said Wednesday. " I know we're capable of being a better defensive team than what we've shown."

The advancements made on the practice court will be tested immediately this weekend against Texas-Arlington.

Led by Coach Chris Ogden, who arrived in the Sun Belt the same season Walker did three years ago, the Mavericks bring to Little Rock an up-tempo offense that is averaging 82.5 points per game and outscoring opponents by 15 points. Shooting 44.5% from the field over eight games, the Mavericks operate on the perimeter, and rely on guards Shahada Wells and David Azore -- scoring 14.6 and 12.4 points per game, respectively -- to facilitate their offense.

With Texas-Arlington, the Trojans and its work-in-progress perimeter defense will get an early conference challenge.

"They take you off the dribble," Walker said. "They push the ball up the court. You've got some guys on this team that can make some shots."

While UALR may have its hands full with the Mavericks' wing scorers, it will hold the edge inside with Monyyong and Maric, as well as bench big-men Kris Bankston, Yacine Toumi and Admir Besovic providing the Trojans a significant height-advantage.

Until UALR proves it can hold its own outside, it'll be that perimeter defense that remains a point of concern for Walker.

"I think if we can just keep our start defending again, we'll be fine," he said. "We'll be a solid basketball team."