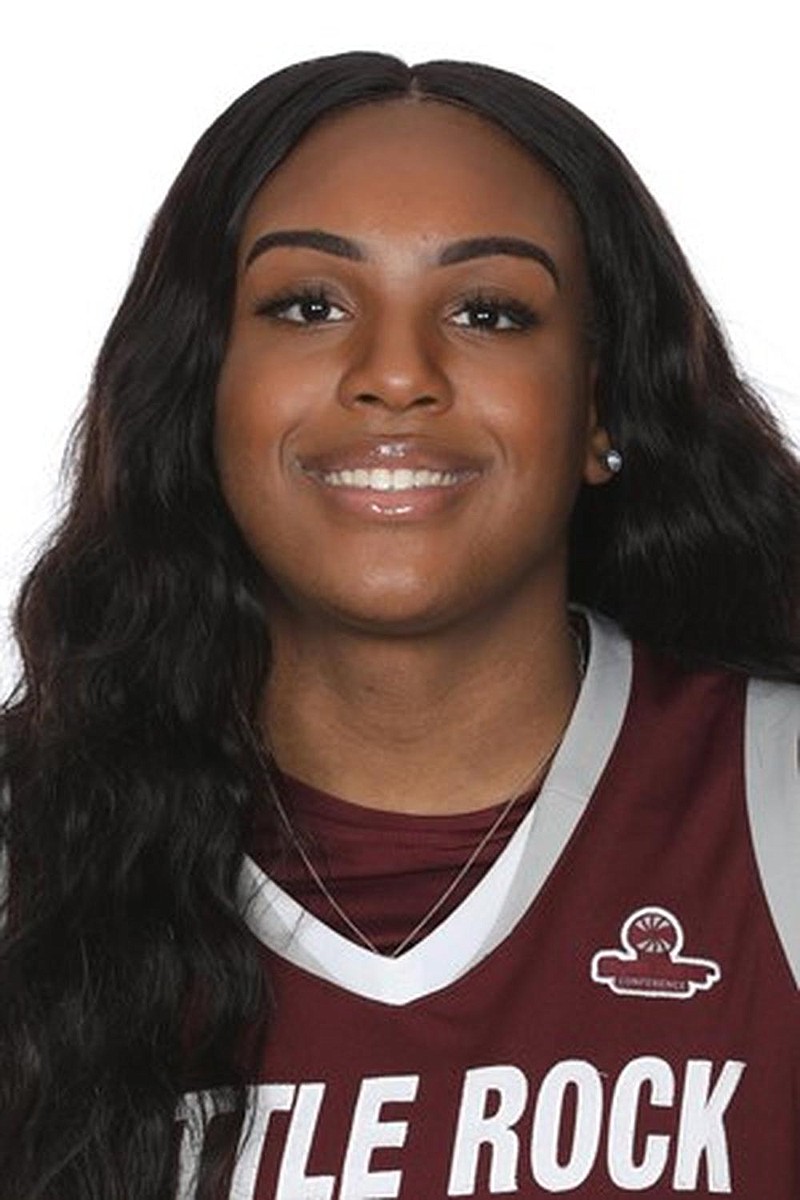 On and off the Jack Stephens Center court, Bre'Amber Scott can find many of the pulls that brought her back to her hometown of Little Rock.

For one, at every home game, she can look into the stands and find familiar faces.

"My mom and my auntee are always front and center, and some way, somehow, they always make the JumboTron," Scott said.

At home, after good games and bad ones, she can rely on family, a meal on the table and ice cream for dessert.

And playing at UALR, less than 3 miles from Central High School where Scott once starred for the Lady Tigers, the 5-11 guard is once again closer to the tight circle of friends and family she holds close -- the support system she had missed the past few years.

It's everything that not even powerhouse Mississippi State -- where she played from 2017-19 before transferring -- or any other school could ever offer her.

"I could have gone a lot of different places when I left, but for me, it was about coming back home and being with my family," Scott said. "I wanted to spend time with my family and have them be able to come support me."

The comforts of home have suited Scott well in her first season with the Trojans (4-3). Through seven games, she is averaging 17 points, leading a UALR team that closed non-conference play with a winning record for the first time since 2014-15.

This weekend, the redshirt junior will help guide the Trojans into Sun Belt Conference play when they open with a two-game set at Texas-Arlington. She headlines a group of transfers that includes Mayra Caicedo, Brianna Crane and Dariel Johnson who have sparked a resurgence for a team that finished 12-19 a year ago.

In Scott, UALR has a reliable player and a solid scorer as it enters league play.

"She's got a chance to be a very special player, and hopefully she'll figure out what she needs to do to achieve that," Coach Joe Foley said. "She's got the tools, there's no doubt. She can be a very explosive player for us. You need a player like her on your team."

At Mississippi State, Scott got a taste of Southeastern Conference basketball and a chance to play for a perennial winner. But playing basketball nearly five hours away in Starkville, Miss., felt distant. After two years with the Bulldogs, Scott entered the transfer portal and set her sights on finishing her college career closer to home.

The return came with proximity to family, a new start and a chance to assert herself as a leader with a high mid-major program. But it also came with pressure: The pressure of coming home, the pressure of watchful eyes back in Starkville and the pressure of joining a new program as the transfer from one of the top basketball teams in the country.

"Everybody was wondering what I was going to do," Scott said.

When that crush became overwhelming last spring, when transfer rules kept Scott on the sidelines, and again this fall as she prepared for her first season with the Trojans, she turned to the core group that she returned to Little Rock for in the first place.

"Family, longtime friends; my circle is really small," Scott said. "They helped me keep the outside noise out."

The burden of that weight only grew last season when Scott watched UALR finish under .500 on the season from the bench, unable to contribute or change the outcome while the same emotions and disappointment her teammates experienced washed over her.

While she toiled on the sidelines during live-game action, Scott settled into the program and introduced herself to her new team on the practice court. She gelled immediately, building credibility with the intensity and savvy she gained at Mississippi State and developing chemistry during scrimmages and drills.

It didn't take long for Scott's teammates to realize the caliber of player Scott was.

"She's so competitive," senior forward Teal Battle said. "It didn't matter if we're practicing free throws, two-on-two, full court, she was to demand the ball and make sure that not only she won, but that the team won."

That period spent on the sidelines was tough on Scott. But it gave her an opportunity not only to ease into the program at UALR and to learn Foley's system and expectations, but also to life at home.

"I didn't have a big transition to make," Scott said. "I was just ready to go."

After biding her time on the bench last year, Scott stormed into action when this season tipped. She scored 19 points in her debut against Rice on Nov. 28, and a season-high 28 against former SEC foe Vanderbilt one week later. Scott added two more 20-plus point performances in December against perennial SEC power Texas A&M and the University of Central Arkansas.

Foley sees more than just a scorer, and Scott feels the same. She has more to add on the defensive end, and Scott was disappointed with her 33.7% shooting over the first seven games.

More than scoring or filling the stat sheet, Scott has a basketball mind that serves her and the rest of the Trojans, and Foley knows how rare that is.

"There's kids that learn by repetition doing it over and over again, and then there's kids who just see it and have a good feel for the game," he said. "Not many of them have that. Bre'Amber has it. She can do things that a lot of kids don't see."

Scott is ready to grab a mantle of leadership and increase her production. The pressure she felt to perform after returning to Little Rock remains, but she's already quelled the onlookers in her mind this season.

Now, with Sun Belt play on the horizon and playing with the comfort of her home support system the only expectations Scott intends to meet are her own.

"My standard is higher than what everyone else has for me," Scott said. "I feel like there's more I can do."