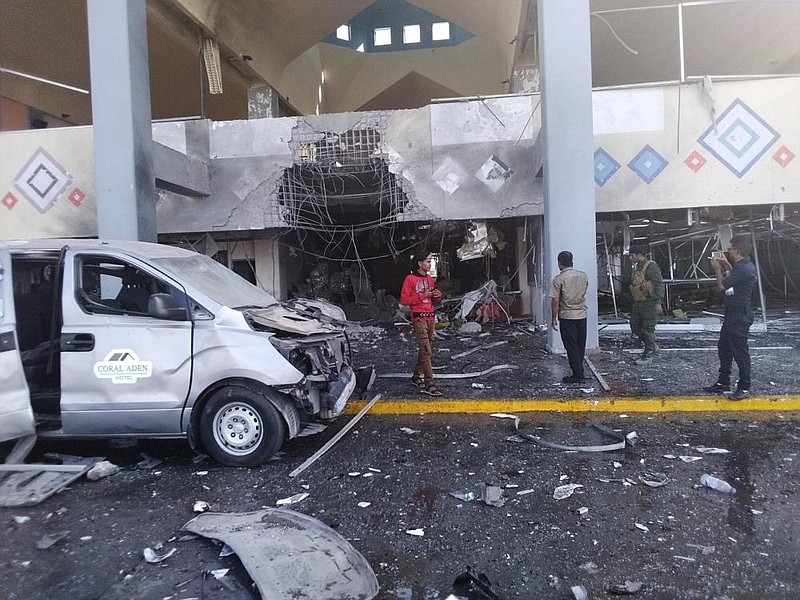 People and a soldier stand near a damaged portion of the airport Wednesday in Aden, Yemen. (AP/Majid Saleh)

SANAA, Yemen -- Yemen's prime minister renewed accusations Thursday that the country's Shiite rebels and Iran were responsible for the deadly explosion at the airport in the southern Yemeni city of Aden the previous day that killed at least 25 people and wounded 110.

Hours after the blast, the country's internationally recognized government said the Iran-backed Houthi rebels had fired four ballistic missiles at the airport. Rebel officials have so far not responded to requests for comment and there has been no claim of responsibility for an airport attack.

"Intelligence also indicates that some Iranian experts were prepping for such an operation over the last few months," Saeed said Thursday.

Officials later Wednesday reported a second explosion, close to a palace in the city where the Cabinet members were taken after the airport attack. The Saudi-led coalition, which backs the government side in Yemen's years-long civil war, later shot down a bomb-laden drone that attempted to target the palace, according to Saudi-owned Al-Arabiya TV channel.

The newly formed Cabinet was seen as a major step toward closing a dangerous rift between the government of Yemeni President Abed Rabbo Mansour Hadi, and southern separatists, backed by the United Arab Emirates. Hadi's government and the separatists are nominal allies in the civil war, which pits the Saudi-led, U.S.-backed military coalition against the Houthis, who control most of northern Yemen as well as the country's capital, Sanaa.

"We were supposed to begin by discussing the government program but this is an extraordinary meeting due to yesterday's cowardly and treacherous attack," Saeed said, and asked his ministers to stand up silently for a moment to mourn the victims of the explosion.

Saeed also urged Western powers not to remain content with just condemning the attack but also to hold the perpetrators accountable.

"The international community is still debating whether to designate Houthis as a terrorist group," he said. "However, things are clear for us in Yemen. The actions of these militias prove they are a terrorist group."

Information for this article was contributed by Noha ElHennawy of The Associated Press. 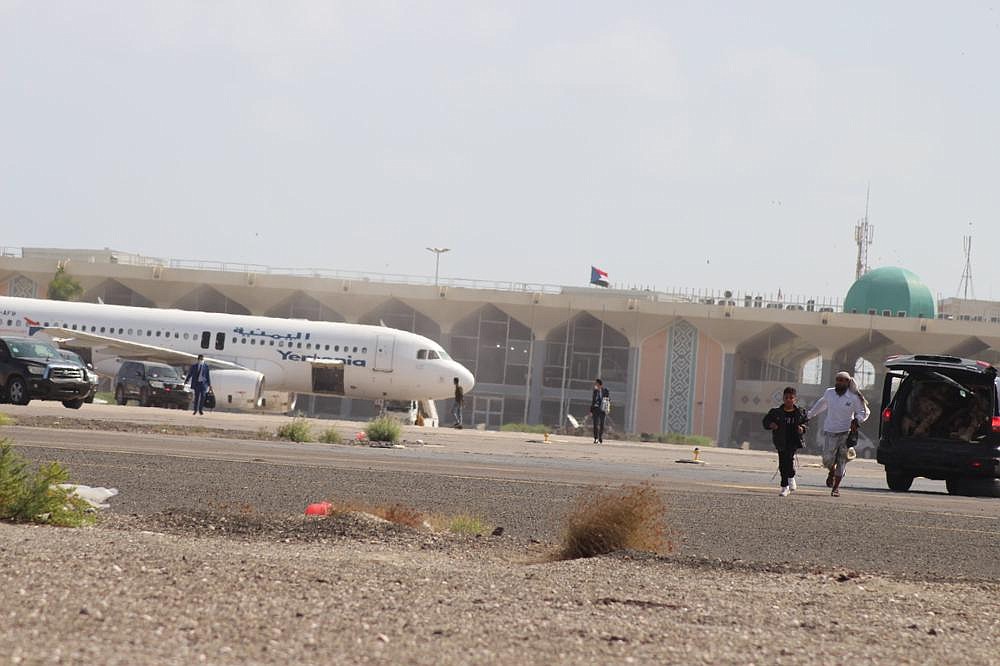 People walk away from the runway Wednesday after an explosion at the airport in Aden, Yemen. The explosion occurred as Cabinet members were disembarking from a plane. (AP/Wael Qubady) 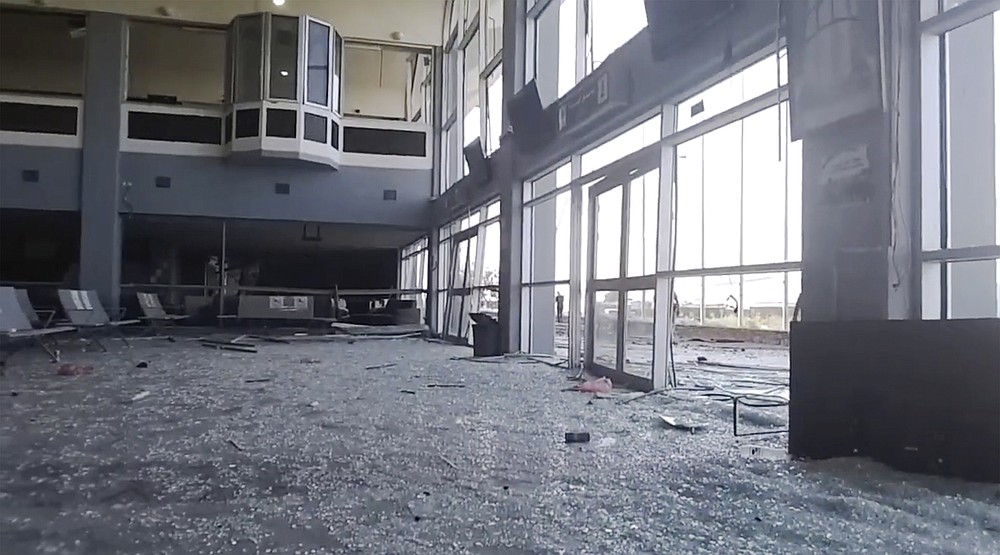 Glass and debris covers the damaged portion of the airport in Yemen’s southern city of Aden after an explosion, Wednesday, Dec. 30, 2020. The blast struck the airport building shortly after a plane carrying the newly formed Cabinet landed on Wednesday. No one on the government plane was hurt. (AP Photo) 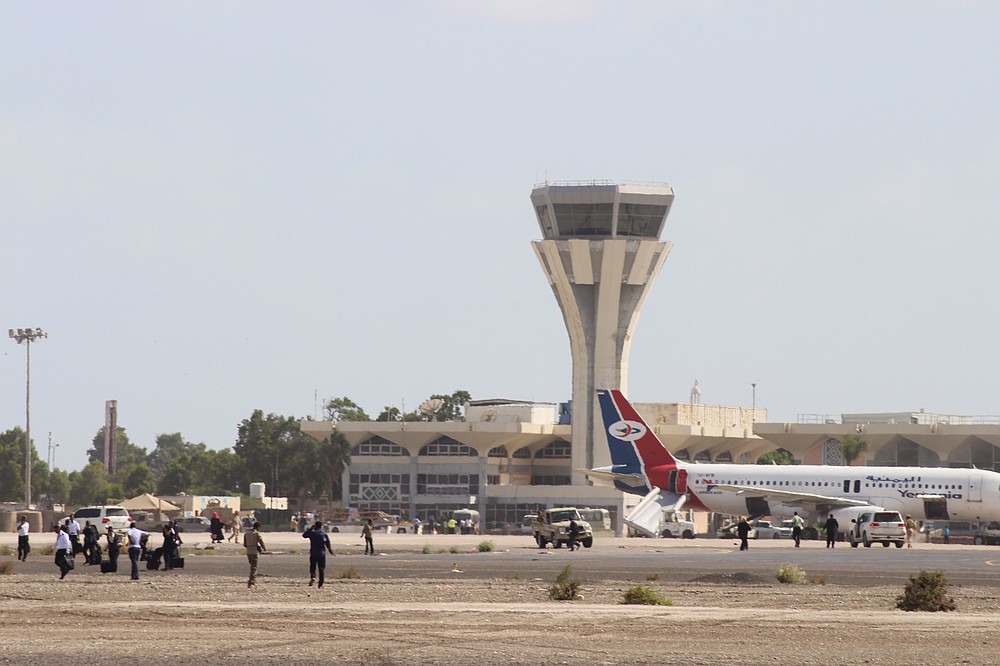 Bystanders stand near the runway of Yemen southern city of Aden’s airport shortly after an explosion hit as a government plane landed, Wednesday, Dec. 30, 2020. The blast struck the airport building shortly after a Yemenia airlines plane carrying the newly formed Cabinet landed. No one on the government plane was hurt. (AP Photo/Wael Qubady)
ADVERTISEMENT