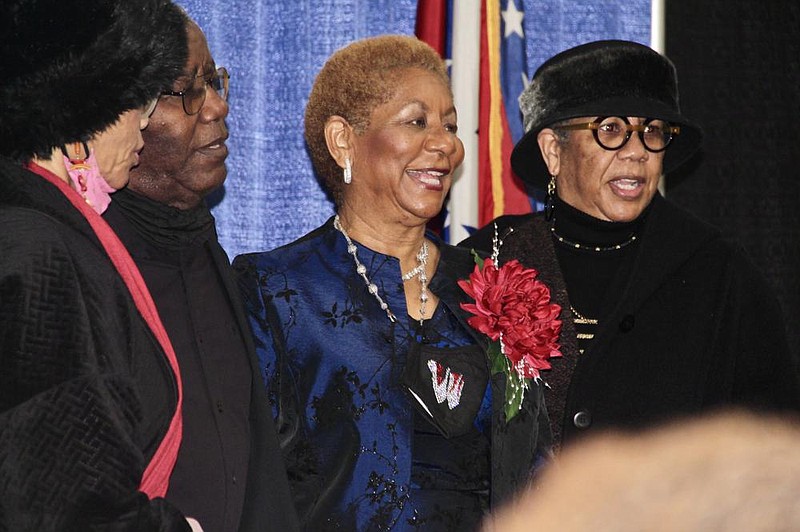 The city of Pine Bluff held its 2021 inauguration ceremony on Friday, the first day of the new year, with Circuit Judge Earnest Brown and District Judge John Kearney doing the honors.

In front of a crowd of family, friends and community supporters, each elected official said a few words to take note of the moment. Holcomb, who represents Ward 1, was accompanied by his mother, Irene Holcomb, a longtime but now-retired member of the council, and his children. Holcomb thanked God for another opportunity to serve the citizens of Pine Bluff and Ward 1 for entrusting him to serve a third term.

"I consider it an honor; I am humbled," he said.

Holcomb said 2020 was a year that tested everyone, but the pandemic showed people that they all could come together. "Eight council members -- all different people -- but we all love Pine Bluff," he said. "It takes eight council members to make this city council a driven force to make the city of Pine Bluff better in each and every system."

Shaner of Ward 2 said he had put in a lot of thoughts and prayers before deciding to run for city council, and now that he has taken office, he said he plans to get started right away on issues he feels are important.

"A few of the issues that I plan on addressing my first year in office are ridding our city completely of blight and cleaning our roads and streets of trash," he said. "With all of the positive growth in businesses locating here, I want to make sure that our workforce is prepared to fill any positions that become available."

Shaner said he looks forward to working with the other city leaders and making Pine Bluff safer. He also wants to shift more focus to the first responders and find ways to retain them in their respective positions.

Brown of Ward 3 thanked his family; friends; voters; son, Glen Brown Jr., who is on the council now; and his wife as he gave his address. "I've always said you cannot beat me loving Pine Bluff," Brown said. "You can retire me, but you can't beat me. I wouldn't trade Pine Bluff for the world."

Brown said he wants to see the yellow and the white lines visible on the streets, stating it's hard to see them at night and in the rain. He also wants to see the Pine Bluff Police Department patrolling more and paying more attention to motorists running stop signs and red lights.

"I like to see them being stopped whether they are getting a real ticket or a warning ticket," Brown said. "Pine Bluff is a city that can be of order."

Brown discussed rebuilding houses after homes are torn down in the same area, stating people who live in those neighborhoods next to those vacant lots are having to deal with overgrown grass.

Council member Bruce Lockett of Ward 4 said he was grateful for the confidence that the city of Pine Bluff had in him and he plans to continue to contribute to the progress.

Greg Gustek, who is serving his sixth term as city treasurer, said he was born, raised and always lived in Pine Bluff. Gustek said he was fortunate to have a dedicated staff.

City Clerk Janice L. Roberts is no stranger to city government as she has served in the past, with six years as a member of the Pine Bluff City Council representing Ward 4. Presenting retired city clerk and childhood friend Loretta Whitfield with a token of appreciation, she thanked her for her support and outstanding stewardship to the city of Pine Bluff of over 16 years.

Washington thanked everyone from her husband, Frank Washington Jr., to those on her staff in the mayor's office for their support.

"Frank Washington Jr. has truly stood by my side, in spite of the many meals he has had to cook or purchase or the lonely nights he has had to watch 'Gunsmoke' in the house all by himself," she said. "My office staff has been my right hand, my left hand, and there have been many times they have been my brain."

Washington said four years ago she began a new journey in Pine Bluff and was proud of the accomplishments everyone had attained by working together.

"The city council members, all of the department heads, and all city employees have worked together to achieve what many thought was not possible," Washington said. "Through determination and hard work we have spurred more progress and development than in the previous two decades combined."

"The spirit of our city is one that defies obstacles, expectations, and boundaries," said Washington. "Our assignment is to carry that spirit forward but as city workers and city elected officials we cannot do it alone. It's going to take all of us working together."

Washington said the next four years, together can be the best in the city's history, and she said she plans to share the visions, goals, and challenges at a later date in an address to the public.

"We must remember that our success as a community depends on our ability to unite," said Washington. "I always say 'we are one Pine Bluff. Stronger together.' So let us continue the journey, not daunted by our challenges but empowered by our ability to achieve greatness." 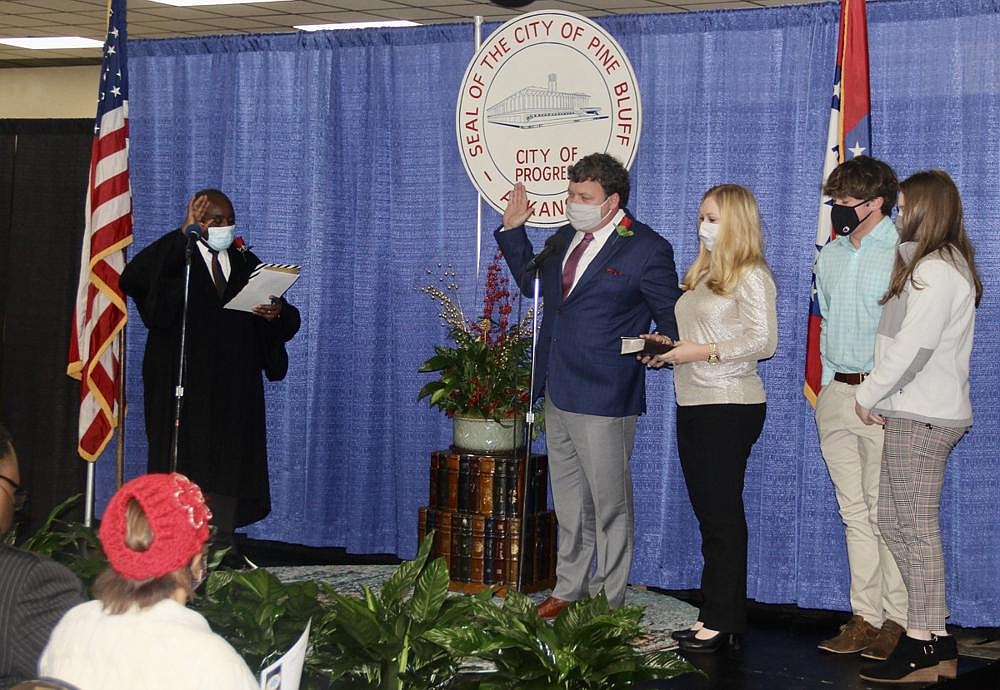