Protestant church that found refuge in Italy’s hills helps Syrians do the same by ELISABETTA POVOLEDO THE NEW YORK TIMES | January 2, 2021 at 2:53 a.m. 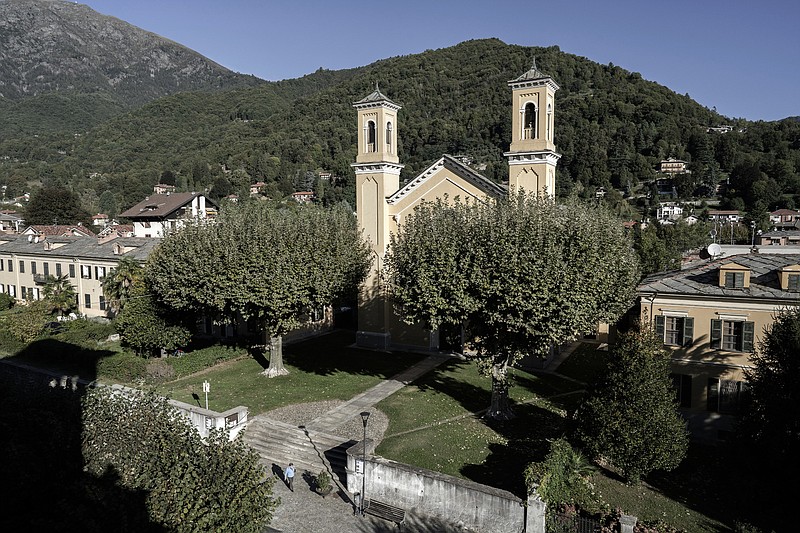 The Waldensian Temple in Torre Pellice, Italy. Mindful of a history of persecution, members of the Waldensians have been at the forefront of a push to bring refugees from Syria to Italy. (The New York Times/Alessandro Grassani)

TORRE PELLICE, Italy -- The story of Maha Dahine and her two sons, Hanna and Antoine Khoury, is similar to those of countless victims of the conflict in Syria. Driven by fear and hopelessness, they left their homeland in 2016 for an uncertain future in Europe.

But while many thousands of migrants have risked their lives by crossing the Mediterranean in rickety vessels, Dahine and her sons had a vastly different experience.

In November 2018, the family boarded a plane in Lebanon, where they had lived for two years after fleeing Syria, and flew to Rome, before traveling on to the Alpine valleys of Western Piedmont to start a new life.

They were able to make the trip thanks in part to the efforts of the Waldensians, a religious movement that settled in Piedmont in the 12th century to escape persecution in France.

Fired by those memories, the Waldensians have been at the forefront of an Italian initiative called Humanitarian Corridors, which also includes the

Federation of Evangelical Churches in Italy and the Community of St. Egidio, a Catholic charity based in Rome, that has helped some 2,000 refugees from Syria arrive in the country since 2016.

'THEME OF THE REFUGEE'

Waldensians are "very sensitive to the theme of the refugee," said Erika Tomassone, a church official, mindful of ancestors who were shunted from country to country for centuries.

"Historically, we used to be the immigrants," said Gianluca Barbanotti, the executive secretary of the Waldensian Diaconate, which coordinates the church's charitable activities.

The Waldensian church is the largest Protestant denomination in a country that is overwhelmingly Catholic. Today, there are about 20,000 Waldensians scattered throughout Italy. But the majority still live in three Piedmont valleys: the Val Chisone, Valle Germanasca, and Val Pellice.

The town of Torre Pellice includes a neighborhood known as the "Waldensian Quarter," its design taken from the terraced houses of 19th-century England, with a temple influenced by Anglican churches, a nod to the British Protestants who came to the aid of the Waldensians nearly two centuries ago.

Waldensian communities throughout Italy have been deeply involved in Humanitarian Corridors, tapping into their long experience working with migrants.

Humanitarian Corridors is tailored to assist especially vulnerable refugees -- often people with significant health problems -- who are identified through a lengthy screening process in places like Lebanon. Even though the numbers are small, the Waldensians say their program is now being emulated in France, Belgium and Andorra.

The initiative is "a winning model for a Europe that wants to be worthy of the principles of solidarity and respect of human rights on which it was founded," said Alessandra Trotta, who leads a seven-member panel that oversees the "Union of the Methodist and Waldensian Churches," as the church is officially known.

The Waldensians are named after a 12th-century merchant from Lyon named Valdo who shunned his wealth and began preaching on the streets, prompting Pope Lucius III to excommunicate him and his followers, and declare them heretics.

A large number of Waldensians sought shelter in the valleys of the Cottian Alps, straddling Italy and France, which became a base of sorts through centuries of periodic persecution.

"The 17th was an especially difficult century," said Davide Rosso, the director of the Waldensian Cultural Center Foundation, referring to a plague in 1630 and a 1655 campaign by the Duke of Savoy to suppress the Waldensians -- the inspiration for a sonnet by English poet John Milton -- that was ended by the intervention of Oliver Cromwell.

It was only in 1848 that King Charles Albert of Savoy, who ruled over the region where the Waldensians settled, granted them civil and political rights shortly before conceding the same rights to Italy's Jews.

The church is known in Italy for its liberal practices. It consecrated its first female cleric in 1967, and was the first Protestant church in Italy to bless same-sex civil partnerships in a church service. The Catholic church does not allow either. Trotta said their fight to have their rights recognized has inspired their drive to ensure fundamental rights for everyone.

Trotta was present at a 2015 ceremony in Turin when Pope Francis asked forgiveness for the Catholic Church's past persecutions of the Waldensians.

"I was asked to give the final benediction -- everyone now says: 'You've blessed the pope,'" she said, laughing.

Much of the church's funding comes from Italian taxpayers, who must devolve a percentage of their taxes to a charitable or social initiative. Last year, some 560,000 Italian taxpayers chose to fund the Waldensians, which netted around 42 million euros, or $51 million. "We are aware of the responsibility this gives us," Trotta said.

This funding is what pays for the Humanitarian Corridors.

Trotta said the corridors were a "winning model," that showed "something can be done" as an alternative to the unregulated and illegal immigration that conservative political parties have seized on as a target.

"The more you keep doors closed, the more you facilitate irregular routes that bring with them social instability. It's a vicious cycle that can be broken," she said.

After the screening process at their point of departure, the refugees are given orientation courses, so they know what to expect when they arrive in the city that is deemed to be best suited to their particular needs.

Once the refugees arrive in Italy, they are provided with housing, a stipend for food, language training, psychological support and legal assistance, while local volunteers and church members help with immediate challenges, like dealing with bureaucracy, enrolling children in schools and job counseling. The level of assistance starts tapering off after six months, depending on the situation, which is often made more difficult by health problems.

After two years, Hanna and Antoine speak good Italian, their mother less so. Hanna is studying international development at the University of Turin, while Antoine had a paid internship in web development.

"If I feel as though I am improving my life, that I'm learning something new and building a career, and if my family is well, that's enough for me," Antoine said during an interview in the kitchen of their apartment.

Trotta said the church made it a "point of honor" not to proselytize to newly arrived migrants.

But there have been a number of Protestants among the hundreds of thousands of other migrants who have arrived in Italy in the past three decades -- from Africa, the Philippines, South Korea and South America -- and some have joined in the Waldensian church, profoundly changing the "numbers and composition of many of our communities," she said.

"We seized on the challenge to try to be a united community while maintaining our differences," said Dorothee Mack, the pastor of the Methodist church in Milan, who led a bilingual English-Italian online service on a recent Sunday. Her worshippers come from 15 countries.

"Some of the Waldensian and Methodist churches were becoming smaller so this arrival of new brothers and sisters has been experienced as fresh lifeblood, and something that makes our community life livelier," she said. 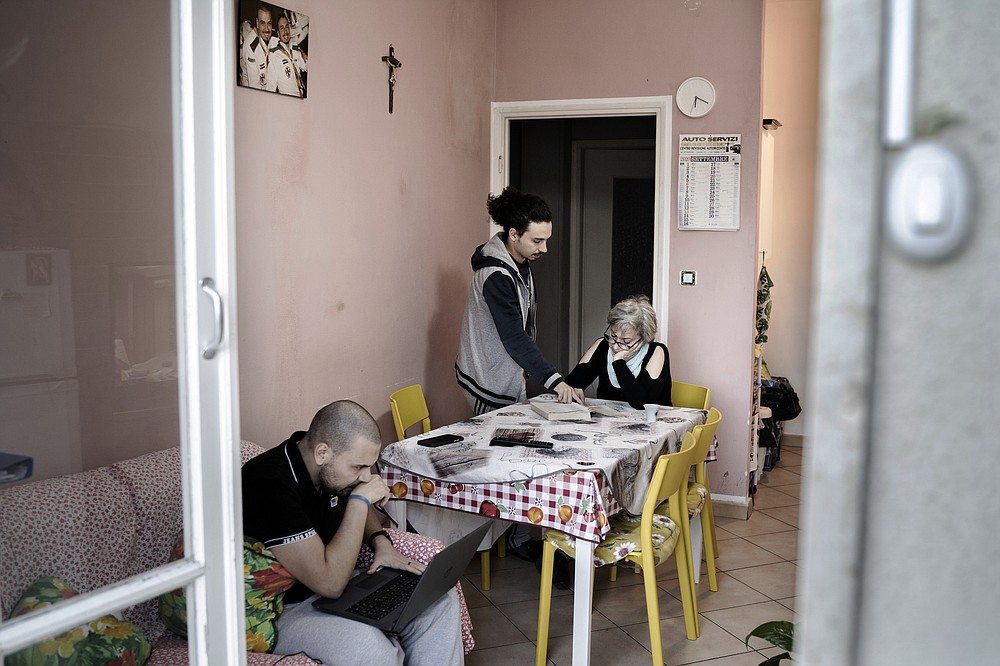 Antoine Khoury helps his mother, Maha Dahine, study Italian while brother Hanna Khoury works on a laptop in their apartment in Pinerolo, Italy, in September, after they fled Syria and previously spent two years in Lebanon. (The New York Times/Alessandro Grassani) 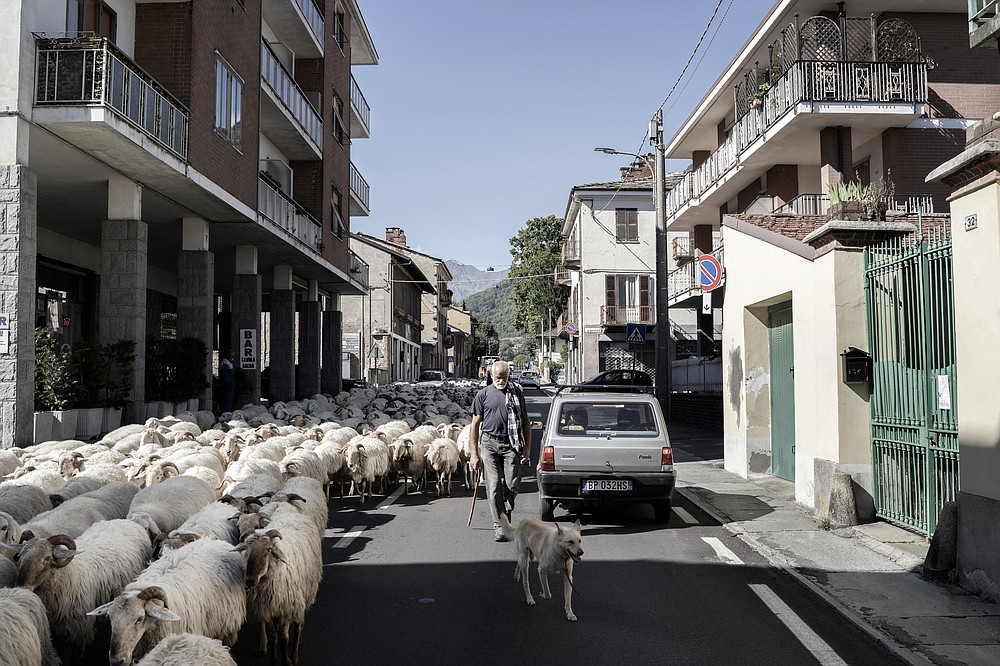 A shepherd guides his flock through Torre Pellice, which includes a neighborhood known as the “Waldensian Quarter,” in Italy. Waldensian church members were shunted from country to country for centuries before settling in Piedmont in the 12th century to escape religious persecution. (The New York Times/Alessandro Grassani) 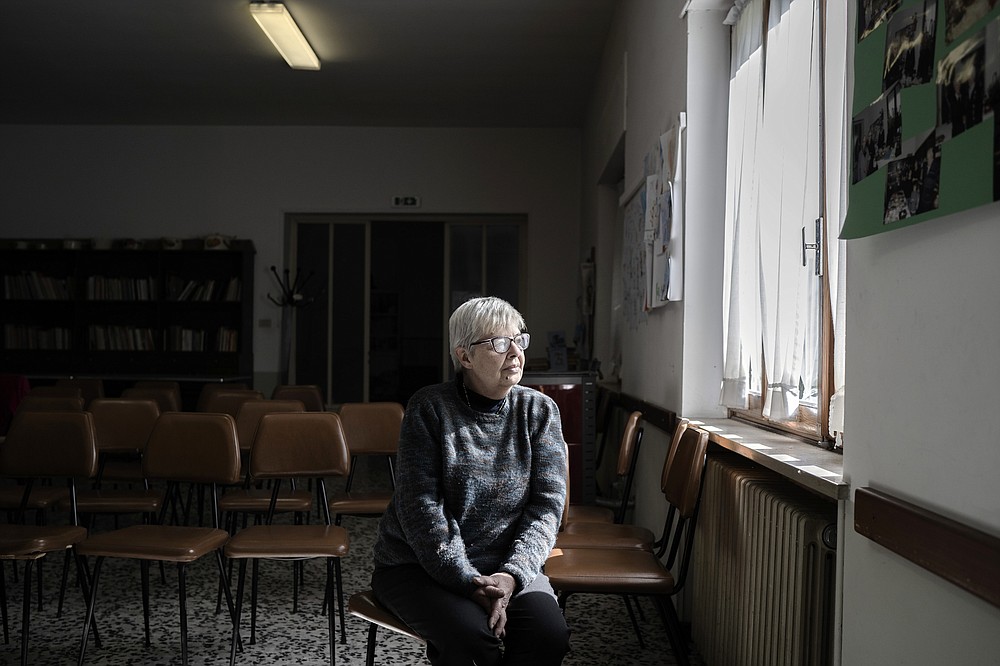 Erika Tomassona, a Waldensian church official, in Villar Perosa, Italy. Members of Waldensian communities throughout the country have been working to help refugees through Humanitarian Corridors, in a program now being emulated in France, Belgium and Andorra. (The New York Times/Alessandro Grassani) 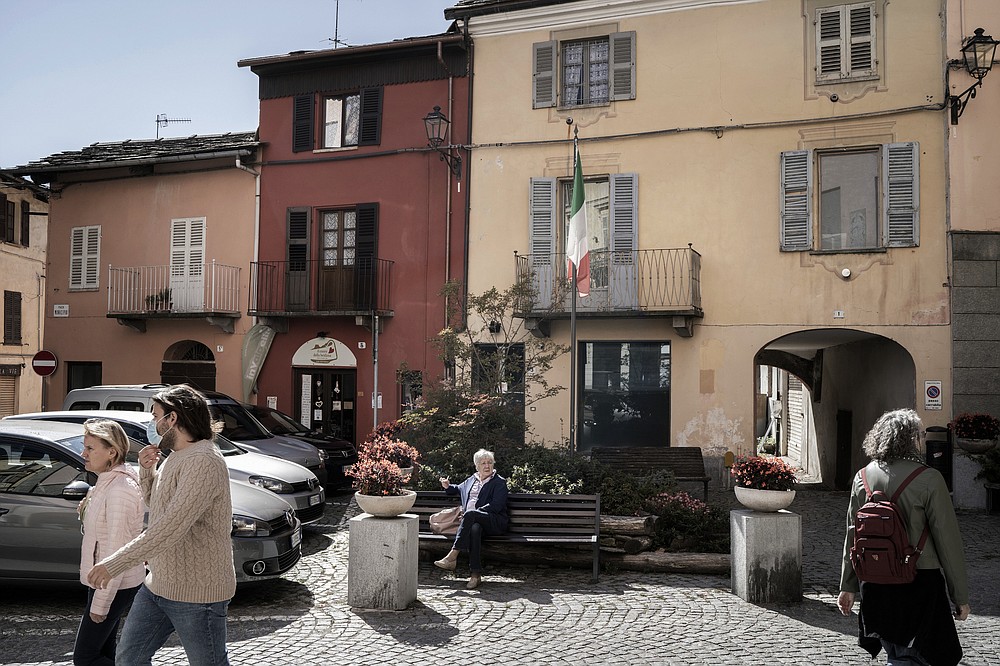 A street scene in Torre Pellice, which includes a neighborhood known as the “Waldensian Quarter,” in Italy, Sept. 28, 2020. Mindful of a history of persecution, members of the Waldensians have been at the forefront of a push to bring refugees from Syria to Italy. (Alessandro Grassani/The New York Times)
ADVERTISEMENT