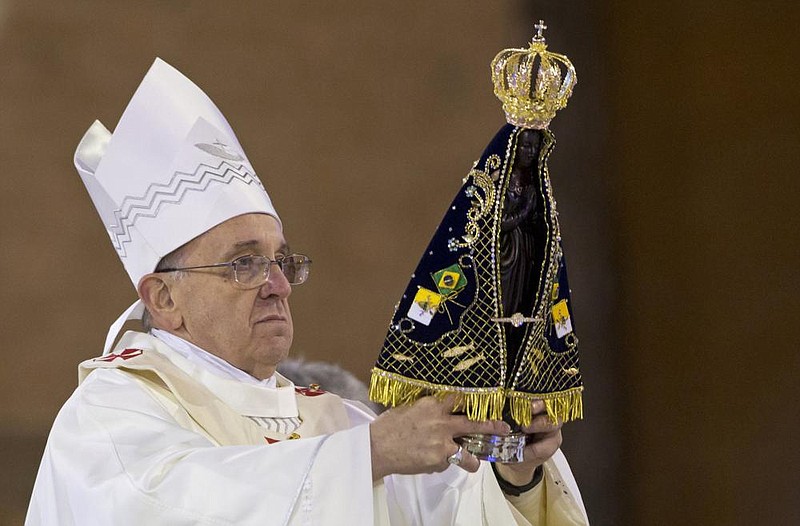 • Pope Francis ushered in the New Year on Friday with a traditional Angelus blessing from the papal library, pushing through nerve pain that forced him to skip New Year's ceremonies in St. Peter's Basilica. The pope appeared relaxed as he stood at a lectern in the Apostolic Palace wishing the faithful watching via video "a year of peace, a year of hope." He smiled into the camera as he repeated his customary sign-off, "don't forget to pray for me," and wishing everyone "a good lunch." The papal blessing was moved inside from the usual perch at a window overlooking St. Peter's Square to discourage crowds as Italy is living under tighter covid-19 restrictions this year. The Vatican on Friday announced that the pope would not preside over a New Year's Eve prayer service nor the New Year's Day Mass in St. Peter's Basilica because of "painful sciatica." In his Angelus blessing, the pope said "the pandemic taught us how much it is necessary to take interest in others' problems and to share their concerns." In a similar vein, in a homily prepared for delivery by the pope but instead read by his secretary of state earlier Saturday, Francis wrote that there is need of a "vaccine for the heart. This vaccine is the cure. It will be a good year if we take care of others." At the conclusion of the Angelus, the pope called for peace in Yemen, where children are living "without education, without medicine, hungry," and for the release of the Rev. Moses Chikwe, a Nigerian bishop who was kidnapped Sunday by gunmen.

• Chrissy Teigen, who has recently been vocal about her sobriety, has taken to social media to explain her decision to quit drinking. In an Instagram post, the model and cookbook author recommended Holly Whitaker's self-help book, "Quit Like a Woman: The Radical Choice to Not Drink in a Culture Obsessed With Alcohol," and opened up about her past drinking habits. In December, in a video showing off some sparkly makeup accessories and matching Christmas-light headbands with her and John Legend's daughter, Luna, Teigen briefly mentioned that she had stopped drinking. "I was done with making an a * * of myself in front of people (I'm still embarrassed), tired of day drinking and feeling like s * * * by 6, not being able to sleep. I have been sober ever since and even if you can't see yourself doing it or just plain don't want to, it is still an incredible read." The "Cravings" author, who is known for documenting online much of her life, has been especially open this year about her struggles. In September, Teigen, 35, revealed she had endured a pregnancy loss in a heartbreaking post that captured the attention and admiration of many, who applauded her for confronting the stigma surrounding pregnancy complications. 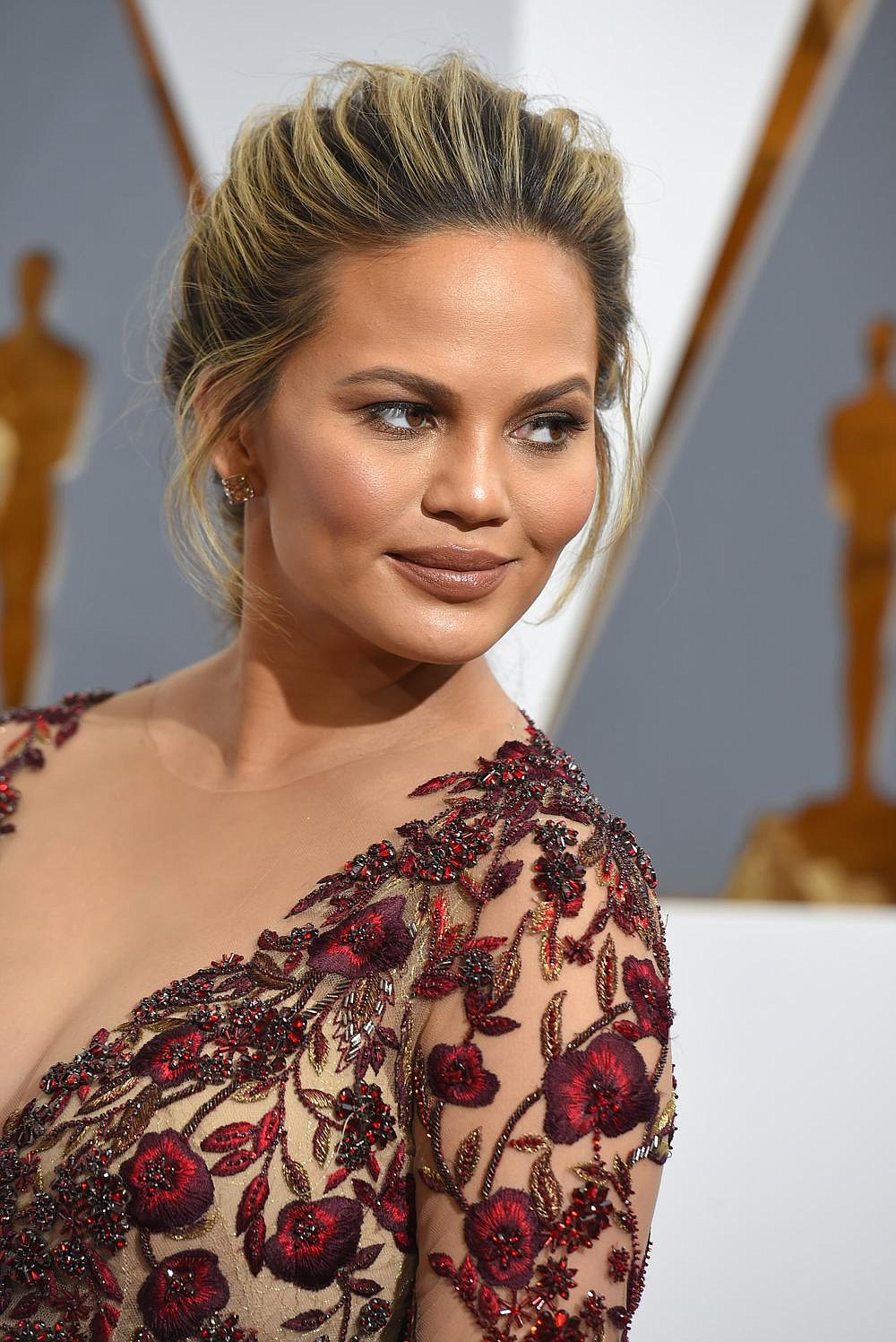 Chrissy Teigen arrives at the Oscars on Sunday, Feb. 28, 2016, at the Dolby Theatre in Los Angeles. (Photo by Dan Steinberg/Invision/AP)
ADVERTISEMENT