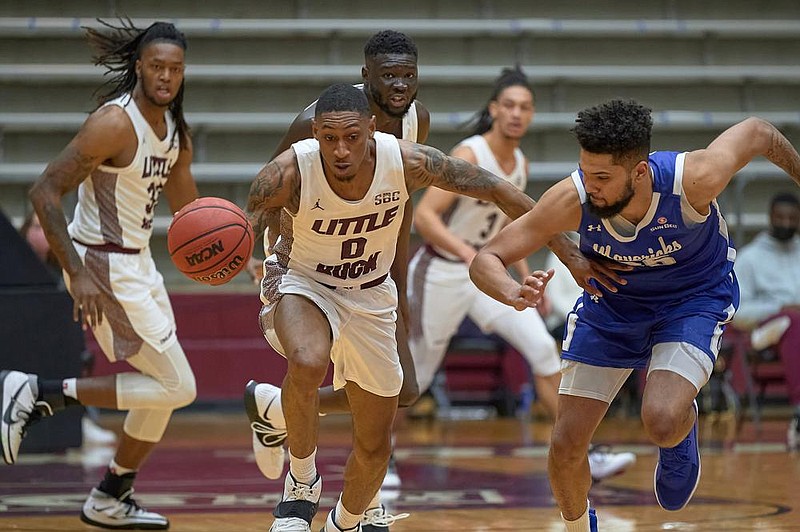 Senior guard Ben Coupet scored a career-high 27 points in UALR’s 102-93 victory over Texas-Arlington on Friday at the Jack Stephens Center in Little Rock. He was 10 of 13 from the floor and 5 of 7 from three-point range to go with seven rebounds. (Photo courtesy UALR Athletics)

Coupet scored 27 points and Monyyong tallied 23, both career highs, as the Trojans ran by Texas-Arlington 102-93 at the Jack Stephens Center in the Sun Belt Conference opener for both teams.

UALR shot 70% from the field -- the program's best clip ever at the Jack Stephens Center -- with five players in double digits. The offensive firepower, even without Nowell's 17 points per game, was enough to hold off a late comeback attempt by the Mavericks.

"Today just shows that we're a deep team," Coupet said. "When everybody is clicking, things can be very good for us."

The Mavericks (4-5, 0-1) cut an 18-point, second-half deficit to 98-93, but Coupet's dunk off a feed from Monyyong cracked the century mark with 41 seconds left as the Trojans prevailed.

Nowell, a junior point guard, was not in attendance. Coach Darrell Walker said the absence was disciplinary, but he declined to offer specifics.

Freshman Marko Andric started in his place, scoring 2 points with 4 rebounds and 3 assists in 13 minutes. Walker did not say whether Nowell will return today.

A pair of early three-pointers from Coupet highlighted an uptempo start, and the score was knotted at 14-14 on Wells' layup a little more than seven minutes into the game.

The Trojans received a spark from the bench when Kris Bankston and Isaiah Palermo entered. They ignited a 10-2 run that began with a Monyyong dunk off a pass from a swarmed Palermo, and ended with back-to-back slams by Bankston that handed UALR a 24-16 lead.

UALR made use of the size advantage it holds over the Mavericks with a 31-21 rebounding edge and by scoring 46 points in the paint. The 6-10 Monyyong, 6-8 Bankston and 6-10 Nikola Maric -- who posted 15 points and 3 rebounds in the game -- combined for 24 first-half points as the Trojans led 45-36 at halftime.

"Everybody is fascinated with the three-point shot, and that's fine," said Walker, whose team scored its highest point total in his three-year tenure. "But when you can go inside and get easy points in the paint, it adds up. You don't get to 102 without points in the paint."

Coupet scored nine points in the opening six minutes of the second half, and his contested layup over a Texas-Arlington defender gave UALR a 62-45 lead with 14:24 to play.

Whether finishing at the rim or shooting from deep, Coupet was adept at putting up points against the Mavericks 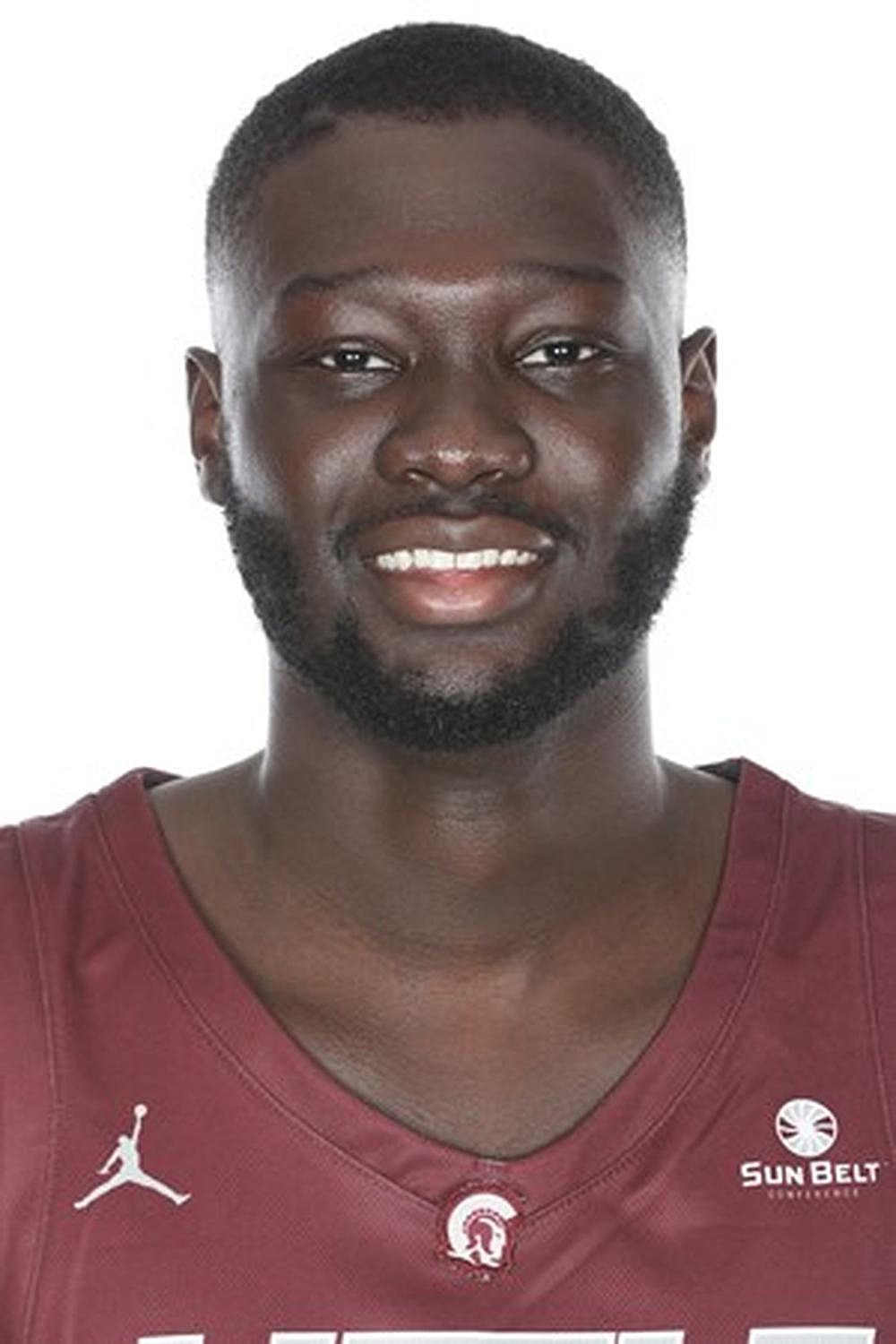 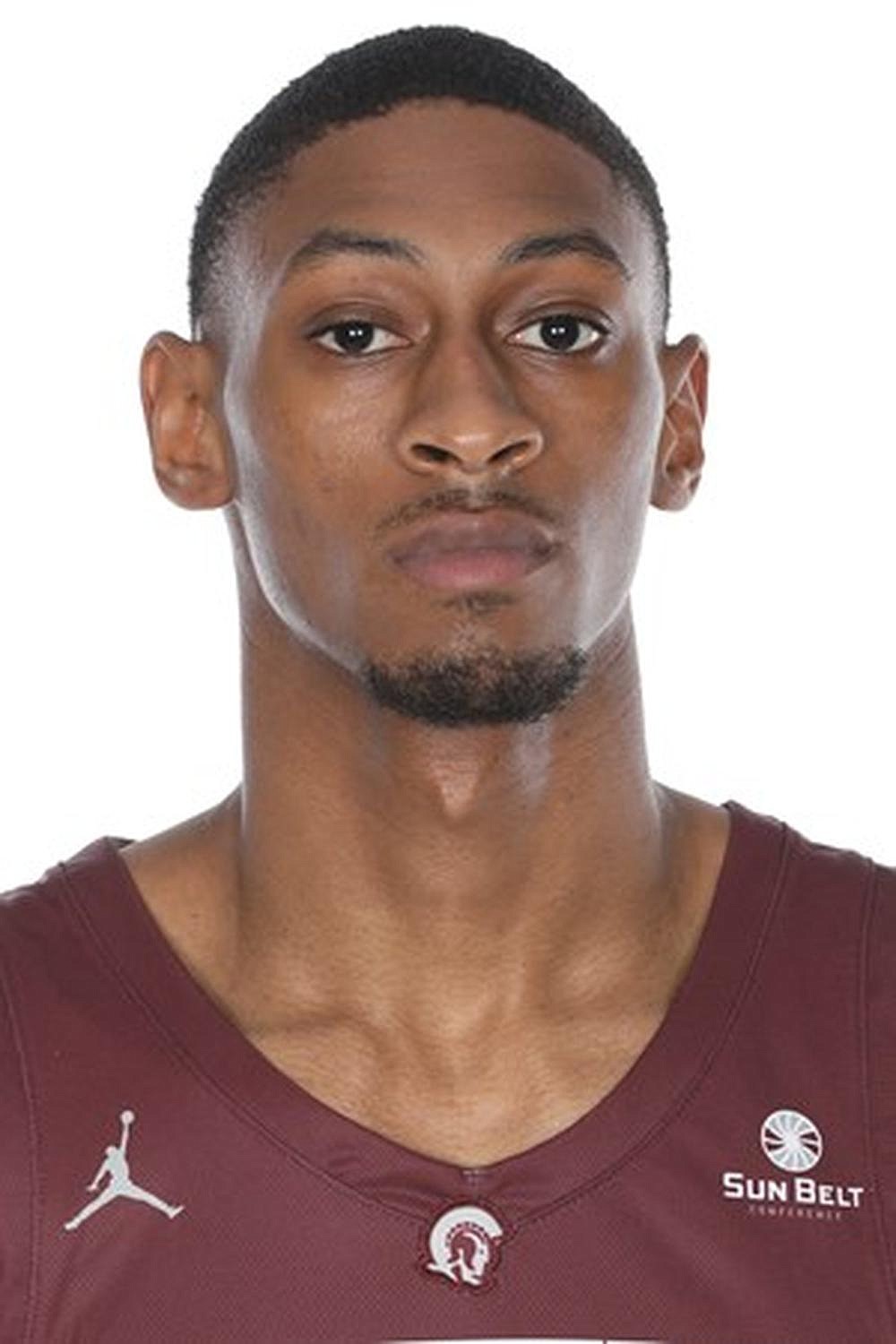