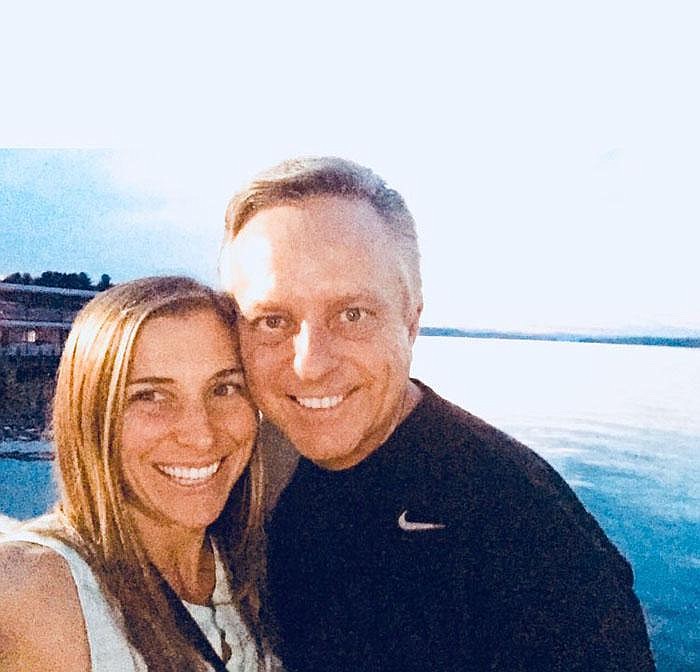 Wendy Coffey-Slattery and Rob Slattery were engaged within weeks of their first date. “We just had this connection,” says Rob of his decision to propose so quickly. “We could talk about anything, very comfortable, we’d listen to all kinds of goofy music and play games, cards.” (Special to the Democrat-Gazette)

Wendy Coffey called Rob Slattery at 8 a.m. every Friday for weeks before he gave her the job she wanted. He would later ask her to marry him twice before she said yes.

Wendy was a community college student in California in March 1993, and she was working an early morning shift at a local bakery.

"The job environment at the bakery was quite toxic and so I was extremely excited when I saw a notice on the campus job board that said Roadway Package Systems was hiring package handlers for the predawn shift," Wendy says.

Rob made the hiring decisions, though, and he took one look at her and offered a dismissive, "If I have an opening I'll give you a call."

Wendy was confident she could do the work, and she began calling every Friday morning between the end of her bakery shift and the start of her classes to inquire about openings.

The rate of turnover at the company was high and after a while Rob decided to give her a chance. He wasn't sure she was up to the task but the firm handshake she gave him when they met was reassuring and he figured if she couldn't do the job he could just let her go.

"I just have to say she was probably the best employee that I had," he says. "The big thing that really made me know that she had it down pat is that the trucks that she was loading, the drivers adored her and the quality of her work was just outstanding, just very meticulous."

Rob transferred to the night shift not long after Wendy started working there. Though they didn't work together, they saw each other around, often during cookouts between shifts. In May, he invited her to his birthday party, but she declined.

"I was just too shy to go," she explains.

A couple of weeks later, he issued another invitation.

"I don't know how we got on the subject," says Rob, who lived in a guest house in Oxnard, Calif., next to an Olympic-size swimming pool. "I invited her over to go swimming. I invited her boyfriend to come along, too, but she didn't show up with her boyfriend."

She did, however, show up.

"If he had not invited me to swim, which was something I loved and I had no access to a swimming pool, I probably wouldn't have gone because I just wasn't forward like that," she says.

They spent so much time talking in the pool that their skin was pruned. They picked strawberries from the fields around his house and she introduced him to guacamole, which she whipped up with the avocados from his yard.

"He didn't even know what an avocado was," Wendy says of Rob, who grew up in Massachusetts before starting at California State University in Northridge.

Within a month of their first date, while they were at a Fourth of July party with friends, Rob asked Wendy to marry him.

"I didn't take him seriously," she says.

A couple of weeks later, they went to a cabin on Zaca Lake in the Santa Ynez Mountains in Santa Barbara County, and he got down on one knee and proposed so she would know it was real.

"Then he threw me in the water with my tennis shoes on because he was so excited," Wendy says.

He bought her a promise ring at J.C. Penney in the mall, and she still wears that today on top of her engagement and wedding rings.

"We just had this connection," says Rob of his decision to propose so quickly. "We could talk about anything, very comfortable, we'd listen to all kinds of goofy music and play games, cards."

They exchanged their vows on March 19, 1994, in the San Buenaventura Mission in Ventura, Calif.

Rob and Wendy planned their wedding around spring break, inadvertently choosing for their nuptials the day that marked the one year anniversary of when they met.

Rob hadn't thought Wendy had enough strength to be a package handler, but years later, he would see just how strong she was.

Two of their sons were diagnosed with Sanfilippo Syndrome, a rare genetic condition that causes fatal brain damage. Wendy found her strong arms to be a blessing as she lifted them in and out of bathtubs, wheelchairs, cars and up and down stairs. Andrew died at age 10 in 2005; Nathanael died at age 9 in 2016.

"One Christmas not too long ago, Rob wrote a note to me in my Christmas card that said, 'The first day I met you I thought you were a little mouse. Little did I know you could practically lift a house!"

"Most will find it hard to believe that an annoying weekly phone call pestering a stranger for a job could lead to a long, happy marriage and a couple hundred adventures," Wendy says, "but in our case it did."

She says: “I thought he was sort of out of my league, but I thought he was handsome. It didn’t make sense that he would be interested in me because I was there to ask about a job.”

He says: “I thought she was very cute, very young and very Californian, with her long blonde hair. But I thought the guys were going to tease the heck out of me if I hired her.”

She says: “It seemed scripted. It seemed like somebody wrote it and I just walked into the story. Everything was so perfect, even the things that weren’t perfect I wasn’t worried about because I knew it was how it was meant to be.”

She says: “You have to view your spouse as family. You have to look at it like it’s permanent, so you work through difficult things or sad things, but you do it together because you are family.”

He says: “It’s a journey and you have to really enjoy the journey even when things are going in a way that aren’t optimal. You can’t control or fix a lot of things but you have to keep the faith in each other.” 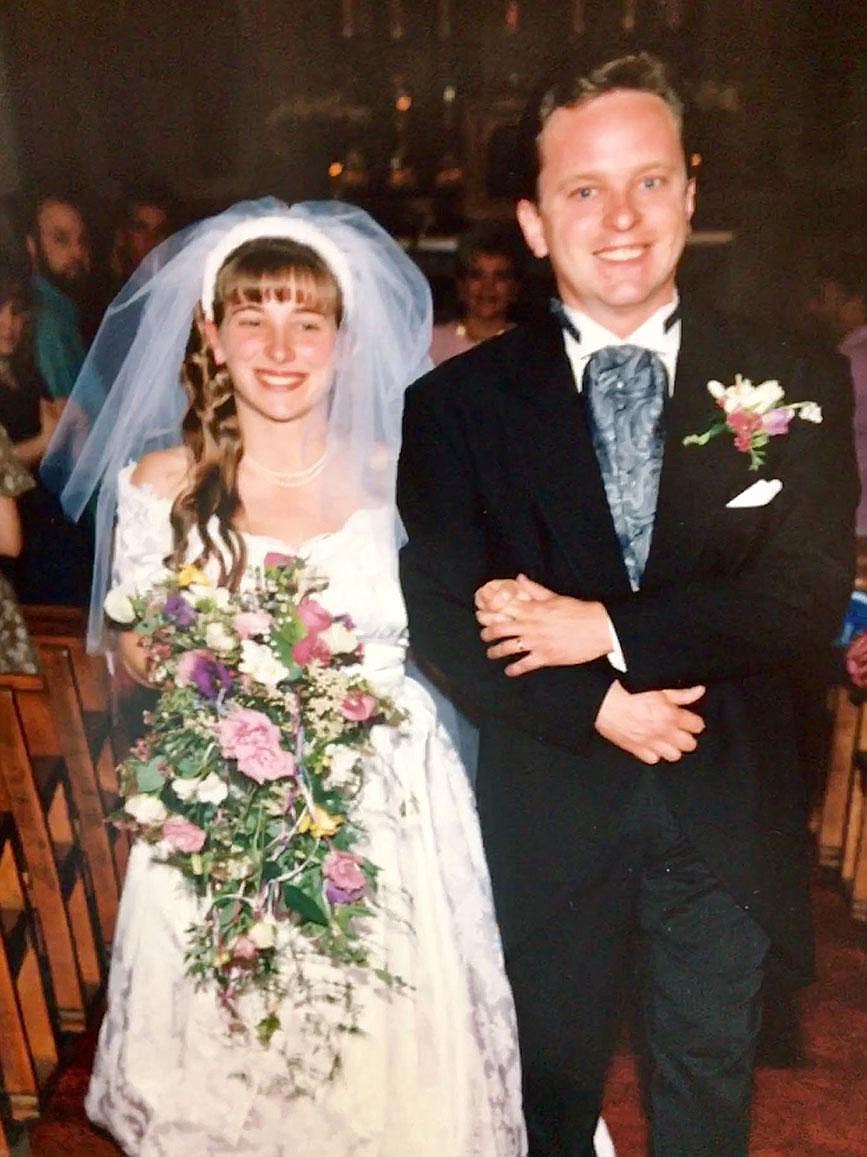 Wendy Coffey and Rob Slattery were married on March 19, 1994, one year to the day she first asked him to hire her as a package handler. “Most will find it hard to believe that an annoying weekly phone call pestering a stranger for a job could lead to a long, happy marriage and a couple hundred adventures,” Wendy says, “but in our case it did.” (Special to the Democrat-Gazette)
ADVERTISEMENT