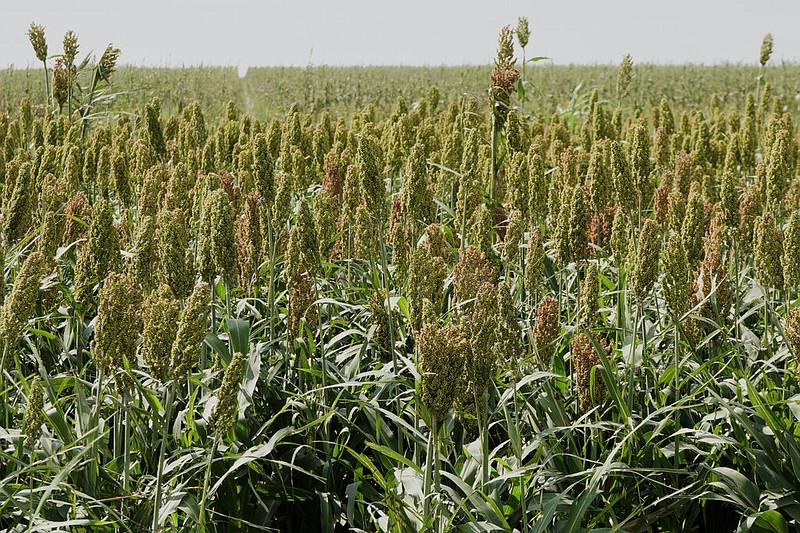 As with many of the state's commodities, Arkansas corn, wheat and other feed grains took 2020 on the chin.

The gap wasn't surprising, given the wet planting conditions that dominated the late winter and spring, and a generally unattractive -- and falling -- market price, said Jason Kelley, extension wheat and feed grains agronomist for the University of Arkansas System Division of Agriculture.

Grain sorghum acres had been anticipated to be low -- approximately 10,000 acres -- due to low price prospects as well.

Weather negatively impacted both crops throughout the planting season, he said, as well as the harvest.

"We had a later harvest due to later planting," and both Laura and Beta exacerbated the delay, he said.

While 2020 did feature a late-season price bump for corn, the uptick occurred too late to help many Arkansas growers who had already harvested and sold their crop by that point.

"Those who stored their grain at harvest, however, saw a nice increase in price from those available at harvest," Kelley said.

He said the coming year augurs brighter prospects for Arkansas grain farmers than what befell them in 2020.

"The uptick in corn and grain sorghum prices over the last couple months has been welcome," Kelley said.

The current corn contract price, approximately $4.20 per bushel at harvest for next summer, is higher than last year's market offerings, and will probably increase Arkansas corn acreage above the 620,000 acres that was grown in 2020, he said.

Grain sorghum prices have also increased greatly, in part due to renewed purchase activity from China.

"Farmers are currently able to lock in $4.75/bu in the Memphis-area market, which is a very good price for grain sorghum," Kelley said. At those prices he said, the state may see a significant increase in acreage from 2020, especially in nonirrigated acres.

"Wheat prices have also been increasing, and $6/bu wheat was able to be booked for harvest in 2021," he said. "Those prices are attractive and did increase wheat seeding this fall, but acreage will still be below long-term averages."

Ryan McGeeney is with the University of Aarkansas System Division of Agriculture.