Lawyer joins ballet board, hopes to help it 'capitalize' 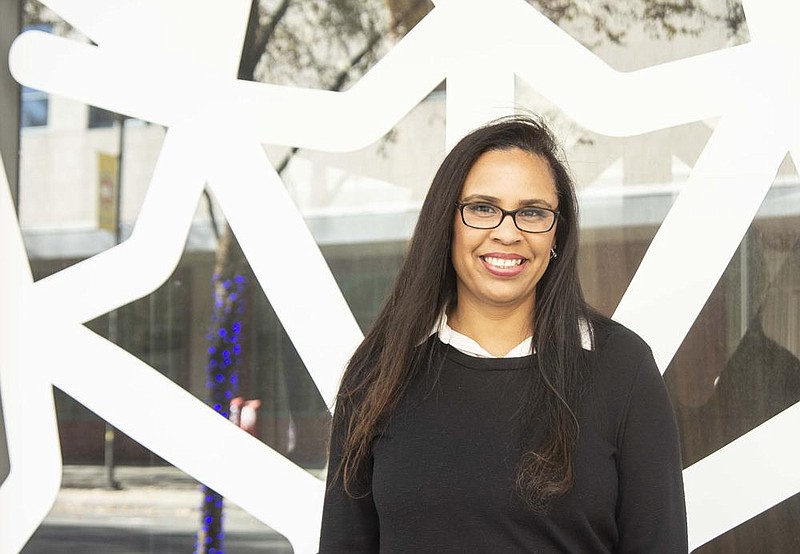 Bridgette Frazier joined the Ballet Arkansas board in September and almost immediately found herself in the vanguard of the nonprofi t’s “Pointe to the Future Resiliency Fund” capital campaign. (Arkansas Democrat-Gazette/Cary Jenkins)

Bridgette Frazier is a lawyer. Her day job is as an administrative law judge for the Arkansas Public Service Commission.

She's not a dancer, even in the context of the biennial Gridiron show in which Pulaski County lawyers spoof politics, politicians and the legal profession.

But her daughter Ava is.

Now 14, Ava has been studying dance since she was 8. She was in the community cast of Ballet Arkansas' "Nutcracker" in 2018 and 2019 as a rat and a Russian candy cane, and she has been working hard learning to dance en pointe so that this year she might be chosen as a snowflake. That was before the covid-19 pandemic caused the cancellation of this year's performances.

"She always loved dance, and I've always supported her," her mother says.

Frazier says she witnessed the advantage to youngsters sharing the stage with members of the professional company.

"Rehearsing and learning from professional dancers -- you can't pay for that," she explains. "And actually, you don't have to. It's free for any dancer in Arkansas.

"I saw how important this was for Ava as a dancer, and every dancer after Ava should have that opportunity."

Of course, being able to offer that kind of opportunity to young talents doesn't really come free. So a few months ago Frazier joined Ballet Arkansas' board to support its mission. And found herself propelled into a leadership role in the nonprofit's newly launched peer-to-peer capital campaign.

The "Pointe to the Future Resiliency Fund" is seeking to raise $450,000, in three phases, before Dec. 31, 2021. Fundraisers include dancers, staff, volunteers, board members and fans. Some of what they raise will be earmarked for performances, education programs and community cast opportunities throughout the state.

Frazier says she got together with Michael and Catherine Fothergill -- he's the ballet company's executive and artistic director, she's the associate artistic director -- to discuss the direction in which the nonprofit is headed.

One goal, she says, is to get the ballet company more involved in the community.

"There are 350 [participants] every year in community casts, and 5,000 see them every year," she says. "But what about the kids that don't have this opportunity? The company has to be where they are. If we didn't have Ballet Arkansas, [ballet performance] would have to be relegated to the studio and recitals."

Frazier admits being quickly thrust into fundraising was "a little daunting: 'Welcome to the board. Here's our capital campaign.'

"I'm an attorney, not a fundraiser. I'm going to get out of my comfort zone."

Frazier has appealed to everyone she knows -- "my poor friends," she says, shaking her head -- including the cast of the 2018 Gridiron show. (The 2020 production was another covid casualty.)

The ballet company has been doing some recent midpandemic programming, including performances on the street and via video and streaming, but "none of these are going to sustain Ballet Arkansas," Frazier says.

Since taking over the organization four years ago, the Fothergills have doubled its operating budget and eliminated its debt. "Ballet Arkansas is one of few professional dance companies nationwide boasting zero debt," Catherine Fothergill says in the campaign prospectus.

But the campaign will give them a bulwark against the many threats that, pandemic notwithstanding, arts organizations in general, and ballet companies in particular, face.

Pressing needs beyond programming include moving to a larger facility than the one Ballet Arkansas took over in October 2016 at 520 Main St., part of what the city of Little Rock has touted as the Creative Corridor initiative.

The single studio, three small offices and a storage room with an attached loading dock was an improvement over borrowed space at a west Little Rock dance studio, but "the current Ballet Arkansas work spaces are not commensurate to the size and scale of the company's operations and cannot accommodate the activities required to sustain organizational growth," the campaign brochure explains. "On numerous occasions, the lack of studio space has slowed Ballet Arkansas' momentum or prevented the organization from pursuing exciting new initiatives that are central to its mission and critical to its sustainability."

First and foremost, however, says Frazier, "We have to keep the dancers in Little Rock. If you don't, a building without dancers is just a building." 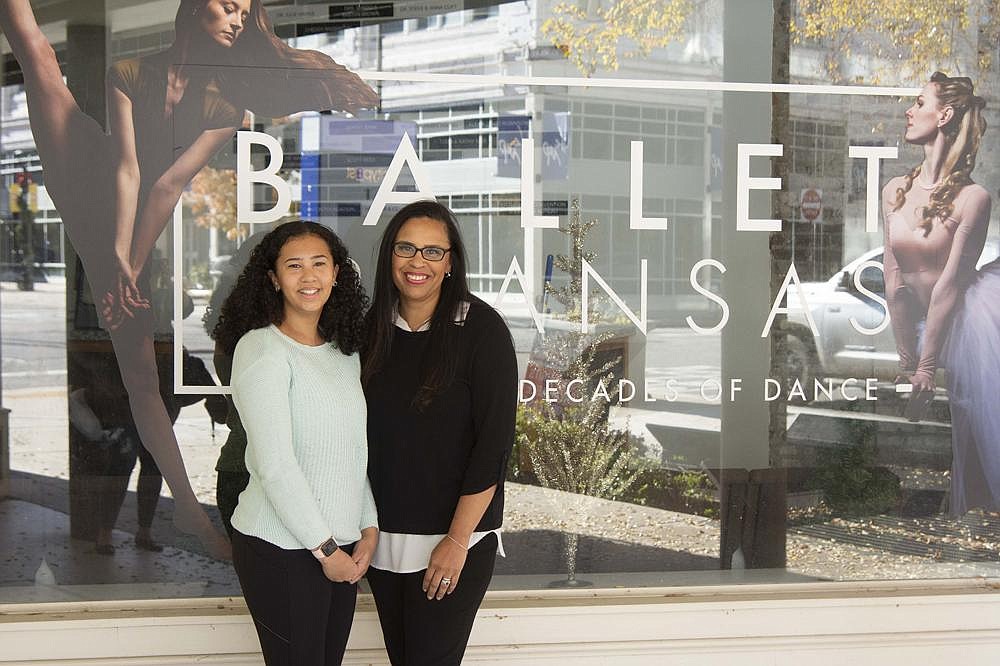 Bridgette Frazier credits the dedication of her daughter Ava to dance for inspiring her to join the Ballet Arkansas board. (Arkansas Democrat-Gazette/Cary Jenkins)
ADVERTISEMENT