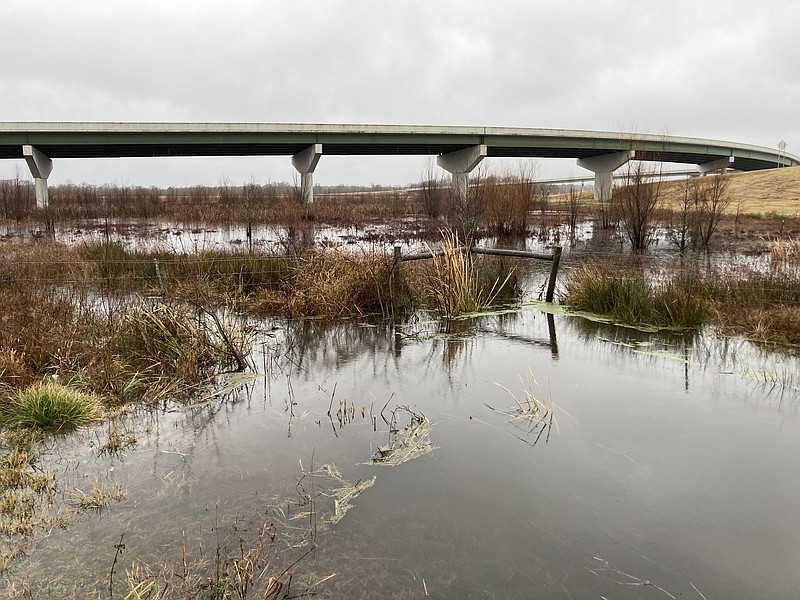 That was the weather for the Pine Bluff area for the year 2020 in a nutshell, according to the National Weather Service.

Brian Smith, a senior forecaster with the weather service, broke the year down into three areas: temperature highs, temperature lows and precipitation.

For the highs, Pine Bluff saw the fewest 90-degree days in three years, and for the fifth year in a row, there were no 100-degree days. That means the area has not seen a 100 degree temperature in 1,973 days -- with the previous record for such a stretch occurring between 1948 and 1951 and lasting 1,132 days. The last time there was a three-digit temperature was Aug. 7, 2015, Smith said.

As for low temps, the lack of extremes was also in play. January and March were the warmest by average with October the coolest by average. July was the hottest, which is typical, Smith said, with December being the coldest, when January normally has that distinction.

As for what would be considered cold here -- something below 20 degrees -- the area has not had many of those days in the past decade, said Smith, who is also the weather service's climate services program manager, which means, among other things, that he keeps up with historical weather data.

As for really brrr days, there haven't been many. In Pine Bluff, the last time the temps dipped in the single digits, he said, was in January 2018, before that in February 2011 and then in January 2001.

As for precipitation, there was pretty much just rainfall. Because the low temperatures have been higher, the area has not had measurable snowfall now for the fourth year in row, Smith said, though there were trace amounts in January, February and December.

As for amounts of rain, he said, the area, for the third year in a row, had significantly higher levels, making 2020 the 17th wettest year on record, and records have been kept since late 1883.

Across 2020, there were 136 days of measurable rainfall, which was the highest number of rainy days in 16 years, with February the wettest and November the driest.

Depending on where one was in Jefferson County, rainfall amounts ranged from 60 to 72 inches, with the Pine Bluff area getting 63.04 inches, which is almost 12 inches above normal.

Asked if the two hurricane remnants that came through the area had bumped up the rainfall numbers, Smith said not really, considering how much rain fell in the other months.

"Those didn't have a big effect on things," he said.

If the increase in rainfall seems like a yearly pattern, it has been. Smith said out of the last 11 years, the past three have been the wettest. He attributed some of that to the La Nina weather pattern the area is in.

"During the last decade, there have been a lot of wet years," he said.

Asked what 2021 holds, Smith laughed and said he wished he could predict that with some confidence. The best he could do, he said, was to look at the weather service's Climate Prediction Center, which says for the next one to three months, it appears the area will have above average temps and about average precipitation.

"Of course, that doesn't mean that's how it will happen," he said.