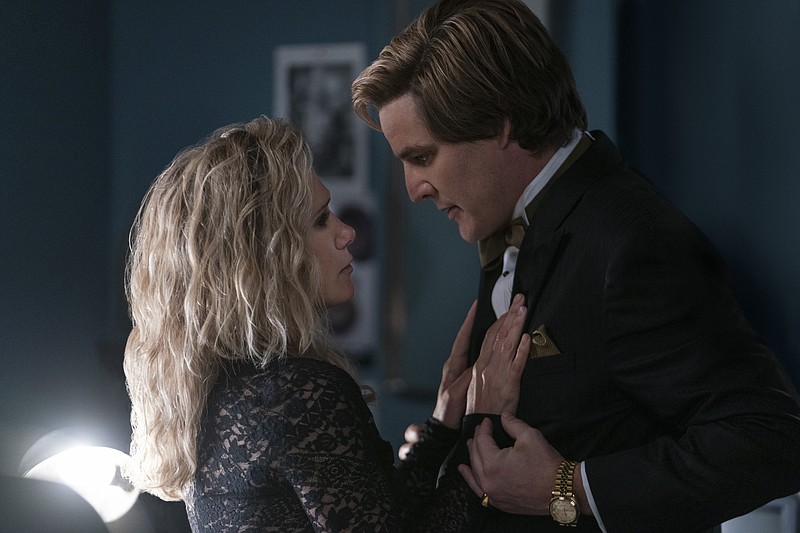 The plan was never for Pedro Pascal to simultaneously play a villain and save the galaxy.

The Chile-born actor is a part of not one but two heavyweight entertainment properties at their peak. Disney Plus's "The Mandalorian," the biggest thing to happen to the Star Wars universe since "Star Wars," wrapped up its second season Dec. 18. "Wonder Woman 1984," perhaps Warner Bros. and DC's most relevant superhero franchise, debuted in select theaters and HBO Max on Christmas.

Pascal was pitched the lead role in "The Mandalorian" right after he began working on "Wonder Woman 1984" in 2018. But the planet-size expectations of these two worlds were not supposed to orbit so closely to each other. "Wonder Woman 1984" was scheduled for a worldwide theatrical release in June, but the pandemic caused a delay, before Warner Bros. made the controversial decision to debut it on big and small screens at the same time.

"I think more than ever in my life I wanted that to be shared and wanted [it] to be seen with a very, very, very wide audience and on a very, very, very big screen," Pascal said. "[The delay] was breaking my heart and then to come full circle and to know that especially now that we will be able to share it no matter what way or in the safest way possible, is very poignant.

"I know that I would need this right now. Just two and a half hours of it, and for it to carry me through the rest of the day or the rest of the week or to see it again and to have a nostalgic experience — like a good, classic, entertaining film, but also [with] just sort of the unapologetically open intention of giving people hope and humanity right now."

In "Wonder Woman 1984," Pascal plays Maxwell Lord, a classic nemesis who debuted in 1987 in the pages of DC Comics. He's a powerful telepath, but in the film he finds other means to play with the minds of the innocent and not so innocent.

In the comics, Lord and Wonder Woman have a violent relationship. Their rivalry hits the big screen as a cautionary tale, with Wonder Woman (Gal Gadot) instantly recognizing Lord as someone who wants ultimate power and knowing how potentially dangerous that can be.

Pascal says when offered the role he envisioned more than just the bad guy.

"I saw such a whole character, and I saw something very special that they were after, to create the impact of villainy in a very original way," Pascal said. "Weirdly, it was stripping things away. Stripping the brooding, stripping the coolness away and playing somebody in a way kind of exposed, even though he's so full of lies."

The early '80s setting gives Pascal's evildoer an infomercial vibe, with Max Lord being the guy on the television who can make your dreams come true ... for a price.

To help match his antenna-transmitted ambition, Pascal was asked to shave off his swashbuckling mustache that has followed him through roles in "Game of Thrones," "Narcos" and the Star Wars universe in the rare moments he can take off his Mandalorian helmet. Pascal is adamant the facial hair removal was real and not the digital disaster that was Henry Cavill's lip service in the widely panned "Justice League."

Pascal was so impressed with the first "Wonder Woman" movie in 2017 that in the sequel he'd have gladly played "a doormat." When he watched the now-famous "No Man's Land" scene, when Wonder Woman makes her superhero introduction on a World War I battlefield, "I remember being very aware that I was having an emotional experience to an action sequence," he said.

Seeing a war zone called "No Man's Land" and the woman who conquered it by tossing tanks and leading men was a cinematic moment he wanted to be a part of.