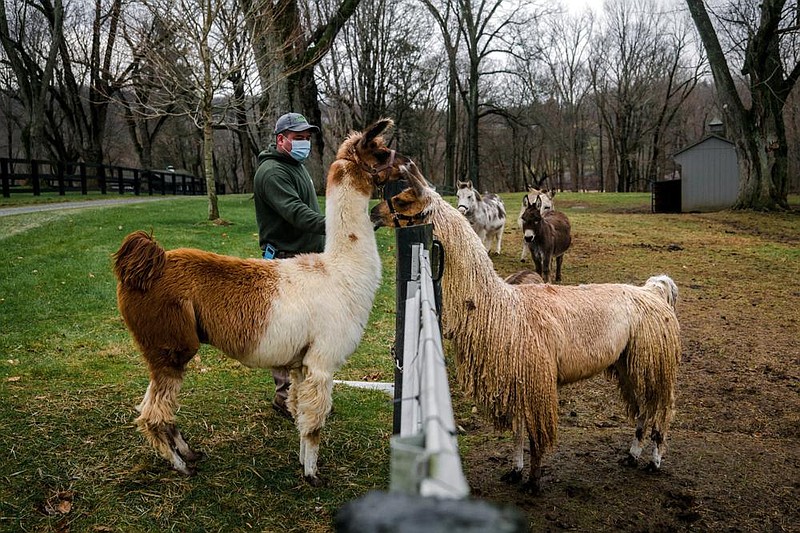 Leo Garcia walks Gizmo the llama back to a paddock last week at a private farm in Bedford Corners, N.Y. (The New York Times/Ryan Christopher Jones)

She's not the kind of person who loses a llama.

But there she was, speeding from the North Castle Town Hall in Armonk, N.Y., to the police station in Mount Kisco, the footwells of her Toyota scattered with spilled llama treats, passing out bushels of flyers: "LOST LLAMA," one read. "Try not to scare him."

"Gizmo," she said aloud, as if a missing llama roving the hills of Bedford Corners, a wealthy, equestrian pocket of Westchester County, could hear her. "Where are you?"

Word of the weekslong hunt for Gizmo, the 7-year-old llama who absconded on Dec. 13, had already ricocheted around the town, the state and far beyond.

Tipsters from around the region began calling her at all hours. Someone sent pictures of a llama -- a different llama, safe in its paddock. Someone else sent a photo of "llama" dung that turned out to be the leavings of a deer. Complete strangers took to the hills and dales between the mansions and horse estates of the surrounding towns to find Gizmo. One caller said she had located him -- with her psychic.

In this moment of unfathomable worry, of airborne plagues and economic ruin, the opportunity to fret over a lost llama became its own kind of balm. The search for Gizmo drew in strangers perhaps seeking a simpler thing to care about at a time when even quotidian cares are monumental.

"Everything is going real crazy in the world, so anything that shows some love, being there for others, is important," said Steven Brink, who with his daughter Celena, 9, spent four hours hiking the 225-acre Arthur W. Butler Memorial Sanctuary in Mount Kisco, looking for Gizmo.

Gizmo, whose coat is a patchwork of white and brown spots and whose face wears a permanent expression of mild offense, had arrived only the day before his disappearance, from Fairland, Ind., just southeast of Indianapolis. He arrived with his best friend, a blondish llama named Sandman.

But as soon as they were moved into their paddock beside the mansion on a 120-acre farm Heimann manages in New York, the pair went renegade, jumping the 5-foot fence of their new pasture.

Both llamas had jumped the fence, but Sandman was apprehended quickly. Leo Garcia, the farm's groundskeeper, spotted the pair loose on the lawn that morning. A cowboy who learned roping on the ranches of Guatemala, he grabbed a lasso from his truck bed and hurled it -- right around Sandman's head.

Sandman had been apprehended, but Gizmo took off. Llamas can reach speeds of up to about 35 mph, and Gizmo was out of Garcia's lassoing range immediately.

On Dec. 14, days before a walloping nor'easter would dump more than a foot of snow on the town and any llamas unlucky enough to be outdoors, Heimann placed a panicked call to Rochester Aerial Photography.

The owners of the drone photography business outside Rochester -- David Olney Jr., 29, and Doug Grotke, 34 -- have been experimenting with infrared drones but admitted they had never hunted the heat signature of a llama before.

As the storm barreled toward New York, the pair packed their drones and drove the six hours south to Bedford Corners on Dec. 15, where they spent another six hours fruitlessly scanning the area.

As the days wore on, Heimann began to fear the worst. She contacted the New York State Department of Transportation, she said, to ask if any llamas had been hit by cars. None. Next, she called local hunting clubs asking them to keep an eye out -- and hold their fire.

The day before Christmas Eve, she whipped up $750 worth of posters featuring the patchwork llama and his typical perturbed face. (They also include a photo of his rear: "In case people see him while he's running away," she said). By late afternoon, Gizmo's legion of online worriers had picked them up at the precinct and the Town Hall and posted the flyers.

That night, on the 17th day of Gizmo's absence, another picture of a llama flashed on Heimann's phone. The familiar patchwork, the same mildly miffed air.

Just under a mile away from where Gizmo escaped, Jose Blanco and four colleagues had spent the last two weeks remodeling a bathroom in a house -- and not paying much attention to the llama wandering the yard of the vacant home next door.

"I never said anything because I thought the llama belonged to the other house," said Blanco, 20. After he texted the picture to her, Heimann sped over with Garcia -- and his lasso.

By 7 p.m., Gizmo was wrangled and back home with Sandman; thinner, wearier, found. 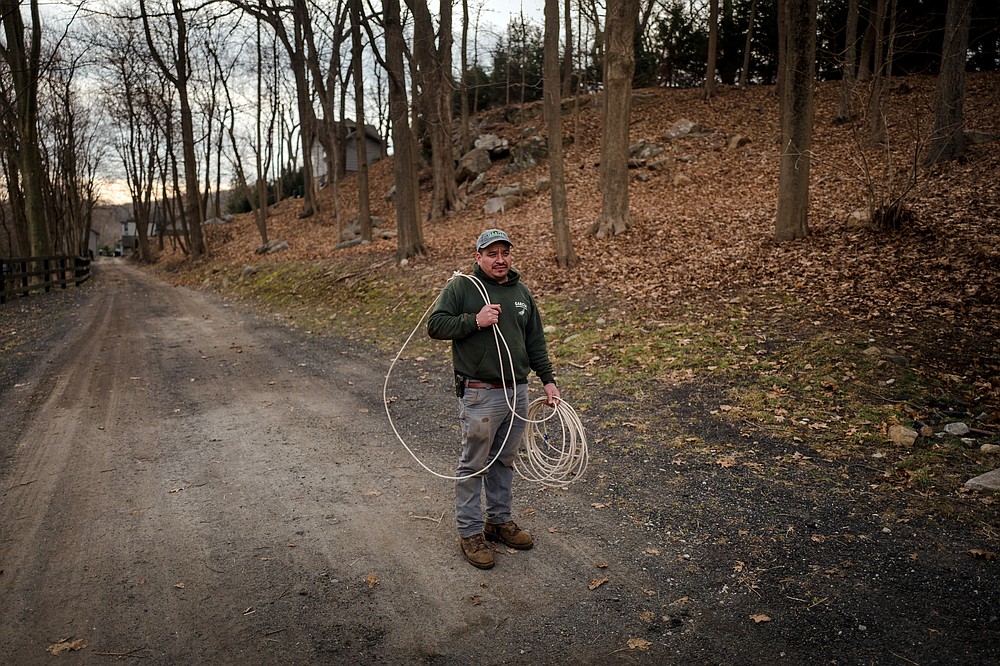