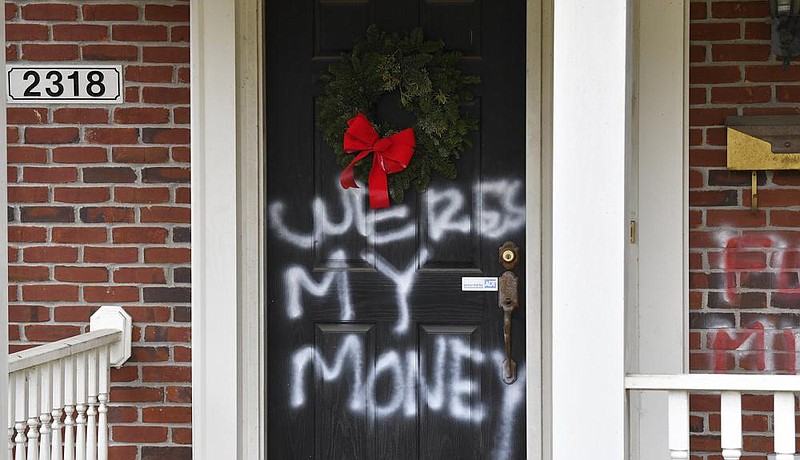 LOUISVILLE, Ky. -- Vandals lashed out at the leaders of the U.S. House and Senate over the holiday weekend, defacing their homes with graffiti and in one case a pig's head as Congress failed to approve an increase in the amount of money being sent to individuals to help cope with the coronavirus pandemic.

Spray paint on Senate Majority Leader Mitch McConnell's door in Louisville on Saturday read, "WERES MY MONEY." "MITCH KILLS THE POOR" was scrawled over a window. A profanity directed at the Republican senator was painted under the mailbox.

At the San Francisco home of House Speaker Nancy Pelosi, D-Calif., someone spray-painted graffiti and left a pig's head and fake blood on New Year's Day, police said. The vandalism was reported about 2 a.m. Friday, according to a police statement, and a special investigations unit is trying to determine who did it.

KGO-TV reported that graffiti found on the garage door of the Democratic leader's home included the phrases "$2K," "Cancel rent!" and "We want everything," apparently referencing Democratic lawmakers' failed efforts to increase the coronavirus relief checks from $600 to $2,000.

In a statement on Saturday, McConnell, R-Ky., lamented what he called a "radical tantrum" drawn from a "toxic playbook."

"I've spent my career fighting for the First Amendment and defending peaceful protest," he stated. "I appreciate every Kentuckian who has engaged in the democratic process whether they agree with me or not. This is different. Vandalism and the politics of fear have no place in our society."

McConnell said he and his wife are not intimidated by the vandalism. "We just hope our neighbors in Louisville aren't too inconvenienced by this radical tantrum."

Louisville police are investigating the incident at McConnell's home, which occurred around 5 a.m. Saturday. There currently are no suspects, police spokesperson Dwight Mitchell said in an email.

The speaker's office did not respond to a request for comment on Saturday.

On New Year's Day, McConnell blocked an effort to increase stimulus checks to $2,000 from $600 after the House voted Monday to bump the size of payments. The proposed increase was part of a list of demands from Trump that included investigating his baseless claims of voter fraud in the 2020 election and repealing certain legal protections for tech giants such as Facebook, Google and Twitter.

McConnell said Tuesday that the Senate would "begin a process" to consider bigger payments along with Trump's other demands.

Before the House's vote on Monday, Pelosi said in a statement that to vote against the increase in stimulus payments "is to deny the financial hardship that families face and to deny them the relief they need."

"The compromise bill is not perfect," he said. "But it will do an enormous amount of good for struggling Kentuckians and Americans across the country who need help now."

The government has begun sending out the smaller payments to millions of Americans. The $600 payment is going to individuals with incomes up to $75,000. Congress approved the payment in late December.

Information for this article was contributed by Timothy D. Easley and Travis Loller of The Associated Press and by Allyson Waller of The New York Times. 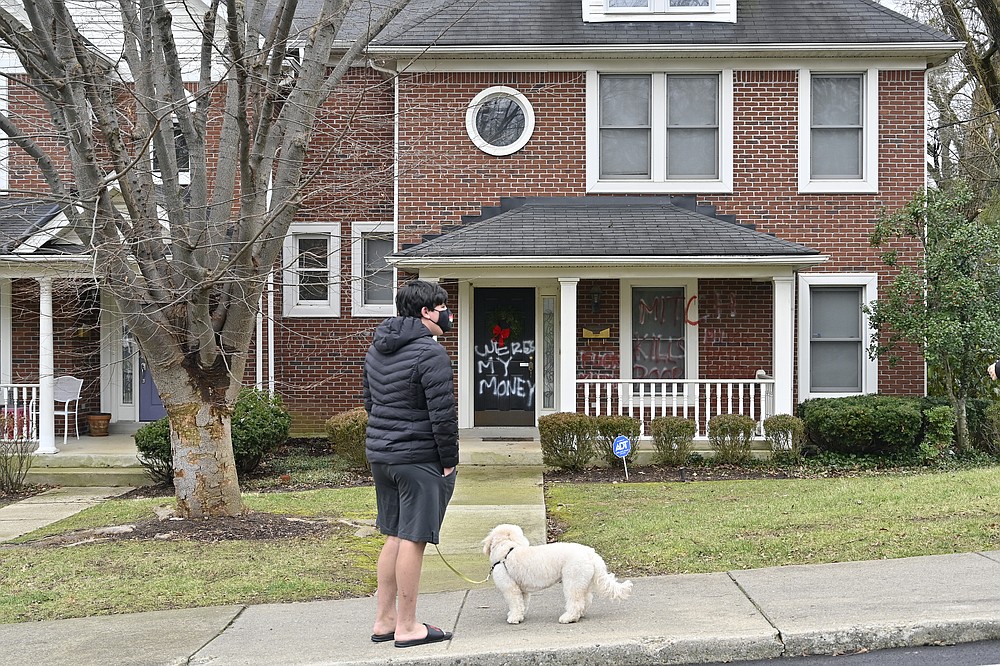 A neighbor looks at the spray paint on the front of the home of Senate Majority Leader Mitch McConnell, r, Ky., which was vandalized overnight in Louisville, Ky., Saturday, Jan. 2, 2021. (AP Photo/Timothy D. Easley) 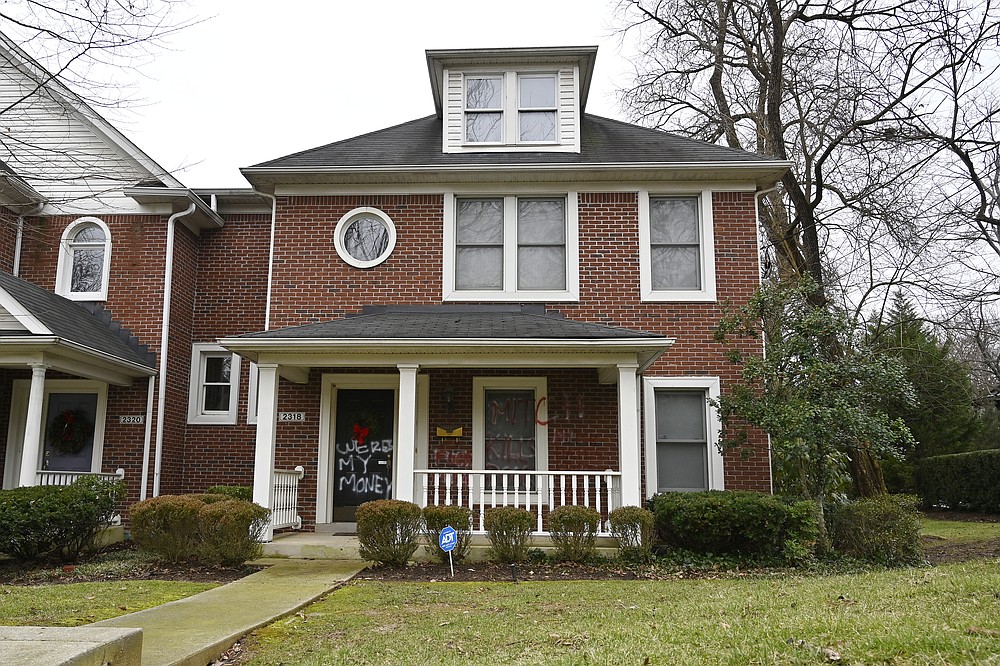