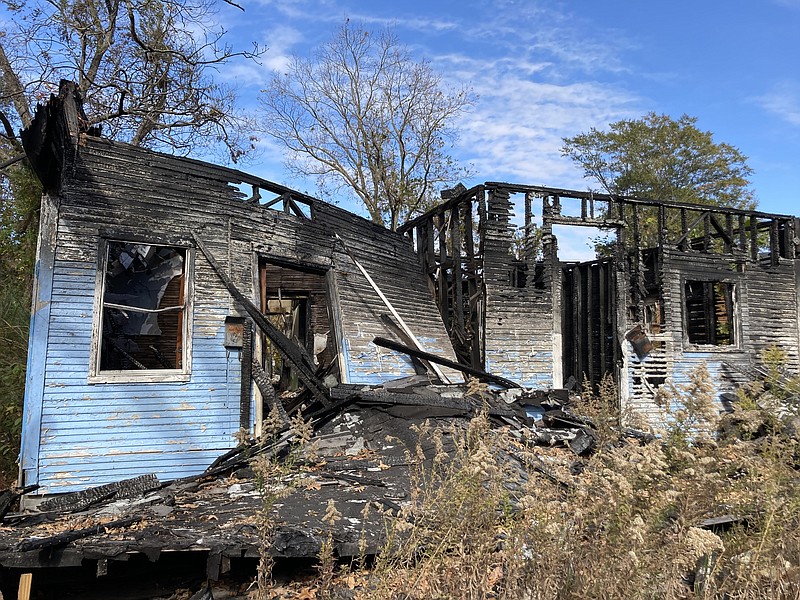 The Pine Bluff City Council is scheduled to consider changes to the city's ordinance regarding nuisances on Monday. (Pine Bluff Commercial/Byron Tate)

The Pine Bluff City Council will meet today at 5:30 p.m. with a short agenda, but it includes one item that could facilitate the quicker removal of burned-out and dilapidated structures in the city.

An ordinance amending the Code of Ordinances of the city of Pine Bluff to improve efforts to rid the city of public nuisances will be up for its second reading. Section 16-1 of the city code would be amended to read as follows:

"In every case in which a person shall violate any of the provisions of this chapter or any other ordinance of the city in relation to nuisances, it shall be the duty of the city council to make an order requiring the removal, abatement or prevention of the nuisance shown in each case, order and direct that if within 15 days the same shall not be removed, abated or prevented by the person or persons proceeded against therefore such nuisance shall be abated or removed by the City of Pine Bluff with such assistance as may be necessary.

"Whenever a property, excluding a single-family residence, has determined to be a public nuisance by the action of the city council, it shall be the affirmative duty of the owner or person in control of the property to remove or abate the nuisance within 15 days or a time specified by the city council in the order, resolution or notice determining the property to be a nuisance."

The key change in the language to the current city ordinance is the 15-day deadline. As the code is currently written, the city gives owners "a reasonable and given time therein named" to take care of the nuisance.

A proposed new subsection has also been added addressing burned-out structures that have sustained damage exceeding 50% of the costs of repair or restoration. Those will be considered an imminent danger to persons and adjacent structures, and the owner or person in control must raze and remove the property within 15 business days of the notice provided by the city.

Both changes would give the city a quicker method of dealing with dilapidated and burned-out structures, with many of such properties currently littering numerous neighborhoods in Pine Bluff.

In other business, the council will also consider a resolution authorizing the city treasurer to modify his report of the city accounts to delete the reference to the administration of Justice Account for Division One of the Jefferson County District Court.

Division One's Administration of Justice account is in the name of Jefferson County and is controlled by the county, which writes checks on the account, but the account continues to be carried the city treasurer's report.

Additionally, a resolution authorizing Bench Ads Inc. to assign or transfer the city's permission for the placement of benches along the city's right-of-ways will be addressed by the Council. In January of 2000, the city council authorized the company, owned by Mike Graham, to place benches along the city's rights-of-way for use by the public. The ordinance prohibited the company from assigning or transferring this permission without prior approval of City Council.

The City Council meeting can be viewed live on The Pine Bluff Commercial's Facebook page, at www.facebook.com/pinebluffcommercial/.