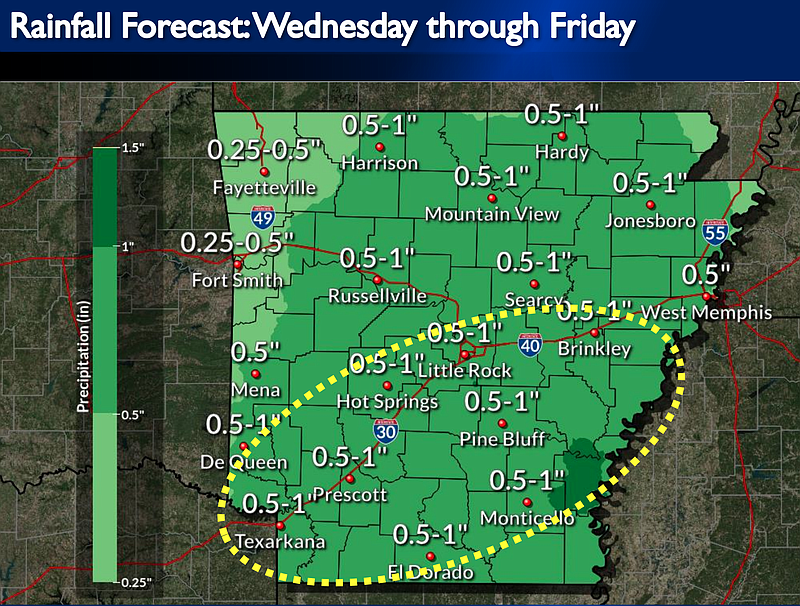 A storm system later this week is predicted to bring widespread rain to the state, according to this National Weather Service graphic

A storm system moving in Wednesday will bring up to an inch of rain across much of Arkansas, according to National Weather Service meteorologist Heather Cross.

A dusting of up to an inch of snow is possible in the northwest, north-central parts of the state, Cross said. 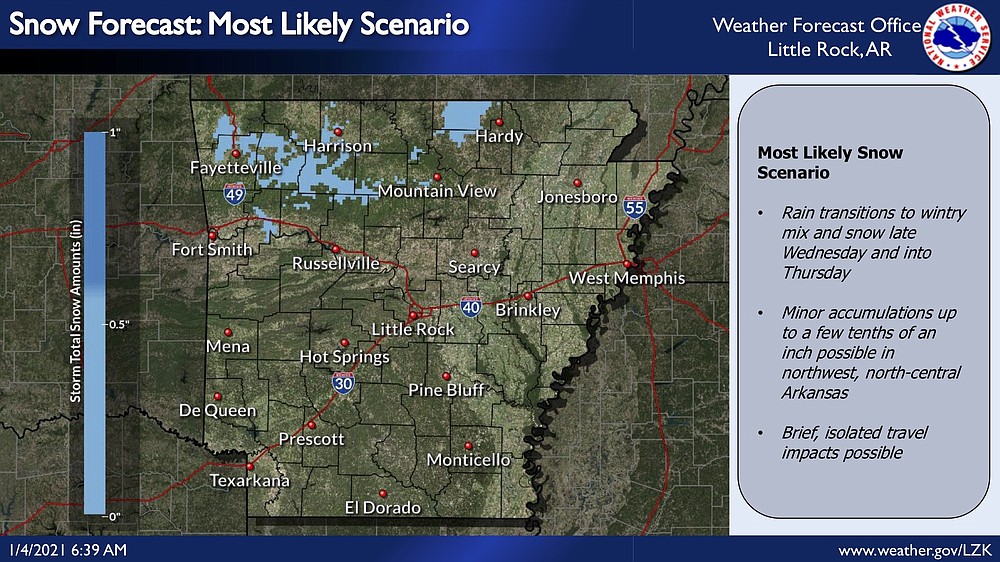 A storm system expected to move in over the weekend will come with a potential for snowfall in Little Rock, Cross added, though the system is still a few days out.